Isaac Redman Talks about the Advantages of Pittsburgh’s New Offense, his Grasp on the System and his Chance to Start at RB

The Pittsburgh Steelers offense is going through plenty of changes this offseason. Not only do the Steelers have to learn a whole new offensive under new coordinator Todd Haley, but there’s also uncertainty regarding who’ll be the No. 1 back to start the season with Rashard Mendenhall recovering from a torn ACL.Steelers running back Isaac Redman joined Jim Colony on 93.7 The Fan in Pittsburgh to talk about his chances of starting in place of Rashard Mendenhall, his goals for preparing for 2012, his grasp on the new offense and how the changes could help the team. 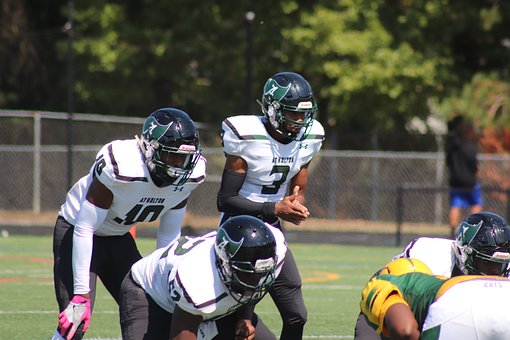 On the opportunity he has to gain a major role with Rashard Mendenhall hurt:

“I’m just gonna take it like I’ve done with every opportunity I’ve got — try to make the best of it. If he comes back, then he comes back. If he’s the guy, then he’s the guy. We’re all in this room trying to win a championship so whatever it takes. Right now, I’m just working hard and trying to prepare myself to be the No. 1 back.”

“I think I’m gonna come in a little lighter, try to be a little faster. [He’s asked if that’s it] That’s it. Everything else I’m pretty much … I’ve been very good on blitz pick-up. I’m a student of the game and coaches told me that’s what kept me around, because I’m a fast learner. I’m one of the few guys that’s picking this offense up pretty fast and I just want to be a little faster, and with the speed will come power.”

On if he feels he’s completely ready to go in the new offense:

On if being forced to learn an offense forces everyone to concentrate harder:

“It does. It’s gonna take everybody to go home, watch film, go home and stay in the play book. As far as — last year a lot of guys probably just took it for granted, ‘I know this, I know that,’ and maybe not as crisp as we could’ve been, especially in the red zone last year. So now every single one of us is gonna have to be in our playbook knowing exactly what we need to do and exactly where we need to be. And also, you gotta look at it, the other teams that we play, especially in our conference, they were used to us running the same plays and kinda had our playbook down and kinda knew what we were running. Now, they got a whole new offense that they have to prepare for.”