Ignoring the Haters is No Problem for Tim Tebow: “I don’t live and die with playing the game…”

Tim Tebow continues to be the lightening rod of the NFL. Tebow, who’s led the Denver Broncos to a 2-1 record in the three games he’s started in place of Kyle Orton, is despised in some circles, praised in others and critiqued by every walking, breathing, NFL analyst. His up-and-down play this past three weeks has only livened the debate.Overall we are left to just respect how courteous Tebow is when it comes to answering questions on his play. One of the most successful quarterbacks in NCAA history just wants to do the right thing and be a role model for young children, but his message is not well received by those who think he will never hack it as a starting quarterback. The Tim Tebow experiment is really in an early phase. The Broncos are somehow only a game out in the AFC West at this point.Tim Tebow joined ESPN Radio with The Scott Van Pelt Show to discuss his feelings regarding all the media attention he receives as a starting quarterback, being a polarizing figure to the media and fans, the reason why people doubt him, the mentality of the Denver Broncos locker room at this point of the season, and if he has any doubts about being a starting quarterback in the NFL. 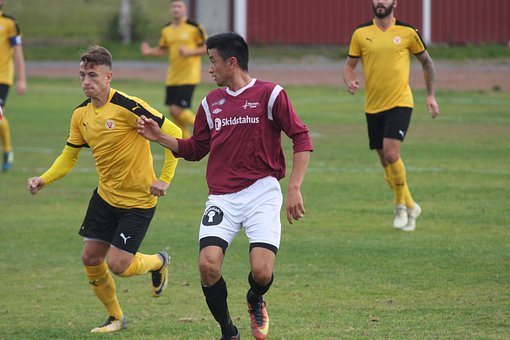 What is your reaction to all the reaction about your play?

“Well I honestly try not to pay too much attention to it. I have been very honored and felt very supported by a lot of fans. That means a lot. As you know the ‘orange crush’ and the Broncos fans are extremely passionate, so that means a lot to me and my teammates to have their support and we go out there and play for them every game and try to honor them with our effort and our play on the field.”

Why do you think the topic of you playing quarterback has become so polarizing?

“I am not sure. That is a good question. I’d say the one thing about it – why I believe it’s a blessing is because – not because of the hyper media or anything like that, but it’s because I can walk into this Colorado hospital and share with all the boys and girls in the hospital. I think amid all the scrutiny and everything else – I think that is the one thing that I count as a blessing is that you know I have the platform to continue to try to influence kids and be a great role model and set a great standard for them.”

Why do you think people doubt you?

“Well I am not sure. I know a lot of people support me as well and that means a lot to me. I can’t focus on the naysayers because they will always be there and they have always been there and I am just thankful that I don’t have to live the roller coaster life that everybody else watching me lives because I can stay grounded in my faith knowing that Jesus Christ is the most important thing in my life and then family number two and then football comes after that. As long as the first two are good then football will take care of itself because at the end of the day it is a game. It’s a game that we are very passionate about. It’s a game that I love and I give my whole heart out there playing, but I don’t live and die with playing the game because I know it’s not the most important thing.”

Inside the locker room what is the mentality of the team this season?

“I feel like our locker room is extremely focused and we are just trying to – it sounds cliche – but we really are taking it one day and one game at a time and continuing to try to get better and put ourselves in it. Just give ourselves a chance by getting better every day and then going out and putting a good product on Sunday and competing for four quarters.”

Do you have any questions in your mind that you will be a starter in the National Football League as a quarterback?