Hunter Pence on Ryan Howard: “I don’t want to get expectations up, but I am little shocked at how well he’s moving.”

There was an enormous amount of disappointment in Philadelphia after the Phillies were upset in Game 5 of the NLDS thanks to a masterful performance by Chris Carpenter of the St.Louis Cardinals. The expectations surrounding the team were World Series or bust thanks to the offseason acquisition of Cliff Lee and the mid-season acquisition of Hunter Pence. The Phils look to move on from last year’s hiccup in the NLDS The addition of Jim Thome to the bench has given Philadelphia an even deeper roster and Hunter Pence feels honored to be a part of this team. The Phillies right fielder may be a name bypassed on a roster of superstars, but Pence is the kind of scrappy player any team would want on their roster.Hunter Pence joined 97.5 The Fanatic in Philadelphia with Mike Missanelli to discuss the health of Ryan Howard, his spring training workout as pitchers and catchers report, the depth of the Philadelphia Phillies roster this season, playing with Jim Thome and his excitement to play for the Phillies with a new contract. 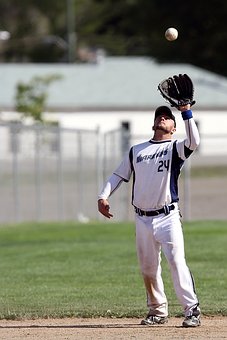 How did you think Ryan Howard was moving around?

“He is moving around pretty good. I don’t want to get expectations up, but I am little shocked at how well he’s moving. He was in plastics and swinging the bat good and any time you got a round that involves Ryan Howard, Chase Utley and Jim Thome. It was pretty unique.”

What are you guys doing? What are the regular players doing right now when you don’t have to report for another few days?

“Pretty much everyone is here. We are just doing some running, stretching, going out and hitting on the field, throw on the field and the rest is up to you. I’ll throw some weights around a little bit and be on with your day. Enjoying this weather out in Clearwater, Florida.”

What are your thoughts on this being the most complete Phillies team this organization has had in awhile?

“It’s pretty remarkable. We are stretching and it’s me, Jim Thome, Ty Wigginton and we are talking about how there are some amazingly accomplished big league ball players that might not make the team. There are some All-Stars who are going to be sitting on the bench and Thome said it best, ‘Any time you got All-Stars sitting on the bench you are looking pretty good.’”

What kind of guy is Jim Thome just being around him?

“Man you can’t find a better guy than Jim Thome. He is just as nice as they come. He is a good spirit. He’s the definition of a hitter. He’ll sit around. He always has a bat in his hand and he’s gonna talk it and then he’s going to pump you up. He is just that kind of guy.”

What’s the difference in having a long term contract with the Phillies as compared to other years past coming into Spring Training?

“Oh man it is tough to describe in words I feel. It is amazing. I am ecstatic. I think to be playing baseball with this team, this Philadelphia team, this organization and the fans. It’s fun and we’re good and we are going to come out every day and come after you to win the ball game. It’s that mind set and it’s the mentality. It starts with Charlie [Manuel] and the ownership and it’s fun to see everyone go into work together, so we are excited.”