It was quite the rebuilding offseason for the Houston Rockets, who probably made the most waves when they signed point guard Jeremy Lin. However, an equally important move was signing big man Omer Asik away from the Chicago Bulls. Rockets general manager Daryl Morey says that the Rockets have had the best half-court defense in the league with Asik on the floor this preseason, but Houston needs to keep him on the floor as much as possible because without him, “we’re not very good defensively.”Daryl Morey joined KBME in Houston with The Big Show to discuss the play of Kevin Martin, the addition of Carlos Delfino, Omer Asik’s play in the preseason, the need to keep him on the floor and out of foul trouble and some timing rules in the NBA. 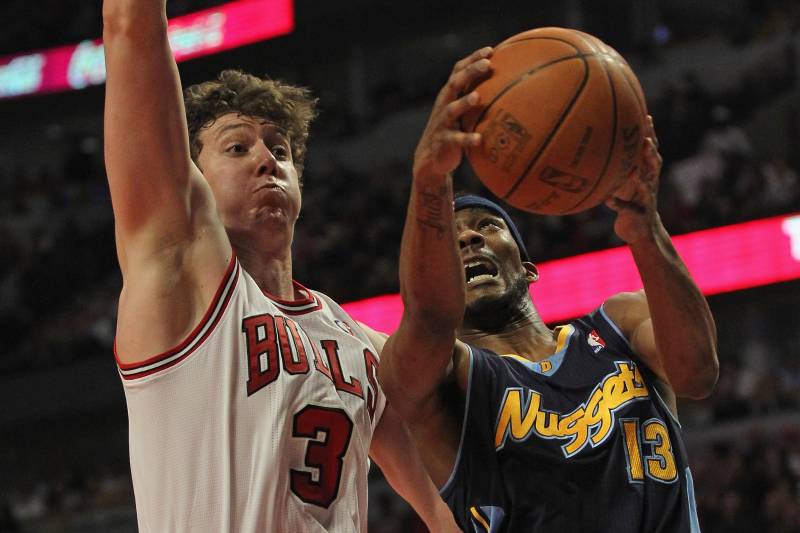 “It feels like he’s back. I thought that he had his best year in the last years with Coach Adelman and he looks like he could maybe have his best year of his career. He’s been great, locked in on all sides and has even taken a leadership role with some of the younger players.”

When you brought in Carlos Delfino, was it partly because he can also be that veteran leader?:

“We knew a lot about Delfino between Luis Scola and Coach Sampson, who had him in Milwaukee. We knew what we were getting. Obviously, he’s a veteran of the NBA and Europe and has been in a lot of big games. Having him come in and be one of the leaders and a professional. Really … he’s shown these guys how to be a professional and how to prepare for games. That was probably the largest factor for bringing in Carlos.”

Omer Asik has been as good as advertised, but is there some concern about his foul trouble and the fact that this team needs him on the floor. Is he going to have to be more selective about the shots that he attacks?:

“He actually hasn’t been a super high-foul-rate guy even in Chicago, and in Chicago they were asking him to foul out a bit. [Wednesday] he fouled out and that will be something that, given, I agree with you, our defense does struggle with him off the floor. … Our half-court D has been the best in the league when Asik’s been on the floor so far this preseason. … I’m not actually too concerned about his foul rate. He’s very smart. He’s a very smart defender; he doesn’t gamble defensively.”

Where’s the level of comfort for you and the coaches about where this team is defensively without him on the floor?:

“When Asik gets off the floor, we’re not very good defensively right now. That’s something that we’ve got to continue to work on. Obviously you’d love to have a second Asik to come off the bench … but those guys are really hard to find … which is why we were really comfortable spending $8 million a year on a guy like him, because we think, surprisingly, that players like him are still undervalued.”

Did you see where the league is putting a clock on handshake celebrations before the tipoff?:

“I think I can get electrocuted if I talk about it. … I will say that Mr. Alexander and myself are absolutely into keeping the flow of the game high. And that’s something that they’ve worked on, but we can still improve. For me, still, the easiest adjustment … and I don’t know why not is, late in the game, making timeouts only callable when there’s a dead ball. The end of the NBA game is still a struggle. It’s foul, foul, shot, run it up, timeout, timeout. I really think that the end of the game is still something we can work on.”