Kevin McHale isn’t the first former professional athlete to come out and criticize players “these days” for using their players associations to clear rules so that they do less preseason work. And he surely won’t be the last. But the Houston Rockets coach makes it pretty clear here that he wishes he had more time with his players and that he believes the reasoning for less two-a-days and practice time is a bit silly.Kevin McHale joined KBME in Houston with Matt Thomas to discuss what he was able to do with his players before the start of camp, why there are so many restrictions, how many starting spots are up for grab with the Rockets, the players he has on his roster and LeBron James’ progression last season. 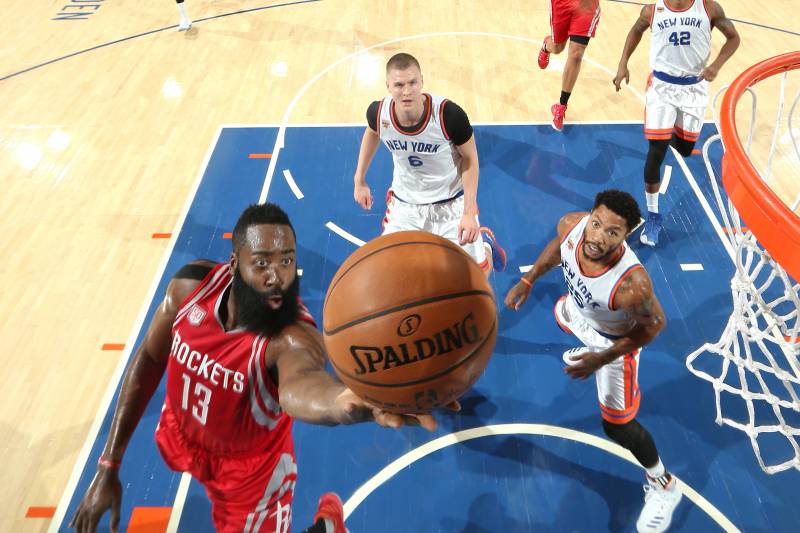 What have you been able to do with your team before training camp? What does the league allow you to do?:

“Three-on-three, some two-on-two, individual stuff, conditioning. There’s a bunch of rules, which I think I wish they would alleviate that.”

Why do they have those rules?:

“I don’t know. Same reason that you have only six days of two-a-days in camp and there’s 28 days. It’s a negotiated thing with the players association. I always find it odd that the players association is so willing to negotiate lack of work for their people. You get better at basketball by playing basketball. … There should be more of five-on-five, not less. … Back when I played, training camp was a lot longer and there was no restriction on two-a-days. Now they’ll tell you, ‘You physically can’t do it.’ I say, ‘I know the human body hasn’t changed that much since 1980.’ We did it and we didn’t even know any better. We didn’t have water breaks. … But now they’re like, ‘Well you can’t have more than two two-a-days in a row because the guys will be exhausted.’ You’re supposed to be tired in training camp. It’s interesting; it’s different.”

Are there three starting spots up for grabs as you enter training camp?:

“It’s opened up for all five. We’re going to go out there, lay it out there, roll the ball out and see who plays well. We have almost an entirely new team. We’re going to see who plays well together, see who goes out there and is going to win a spot. It’s wide open. … Really, last year, at the end of the year, we had only two guys who were playing by the end of the year last year. … We’re only bringing back four guys anyways, that played last year … so it’s wide open. We’ll go see how they play. The league gives you a bunch of stuff. They give you way too much money. But they don’t give you wins and they don’t give you respect.”

Is it safe to say you guys have a lot of “tweeners?”:

“We’ve got a lot of guys that can play different positions and do different things. Who’s going to play better? Who’s going to play hardest? Who’s going to make their teammates better? That’s the one thing I’ll say has changed somewhat. You got to the NBA because you had talent. … How good do you make your teammates? How good do you make your team? In the NBA, it’s how good you make other people. Unfortunately, I think in the last X amount of years, it’s become really, ‘What do you do?’”

Using LeBron James as an example:

“I always felt that LeBron was a guy who, last year, all of the sudden it dawned on him that, ‘No matter what I do, if I don’t win, it just isn’t going to make a difference. I was MVP, I was all this stuff,’ but it’s how good you make your team. … If you want to be thought of as a great, then you’ve got to be able to push your team to win. I think LeBron got that last year. In Game 6 against Boston, I called up my good friend Danny Ainge after that game and I said, ‘Whoa, not only are you in trouble, but the rest of the league appears to be in trouble,’ because he had a look on his face that was completely different.”