Hope Solo on Being a Part of Dancing With the Stars: “I feel like I’m taking one for the team”

This summer when the NFL was dealing with a lockout and baseball hadn’t yet hit its stride, soccer took center stage for the world to see and captured the nation’s attention. Basketball players, football players, actors, and actresses were all tweeting about the United States Women’s World Cup team. Soccer got more attention during that time than any other time I can remember. The win against Brazil in the semi-finals will be burned into my head for a lifetime.The face of the women’s team and the face of women’s soccer is Goalie Hope Solo. She’s talented, she’s attractive, she plays with emotion and passion, and she is not afraid of the bright lights. It will be up to Solo and the rest of the women on the team to not lose the positive momentum gained in the World Cup.Hope is doing her part. Tonight is the premier of the new season of Dancing With the Stars and even though she says she can’t dance a lick, Solo traded in her cleats for high heels and it gives her yet another opportunity to promote a sport which gained so much traction this summer.Hope Solo joined KCSP in Kansas City with Bob Fescoe to talk about being reunited with her team for the first time following the loss in the World Cup, whether or not she feels the attention the sport received during the World Cup will continue, Olympic qualifying coming up, what it’s like being on Dancing With the Stars, and how tough of a grind the show has been. 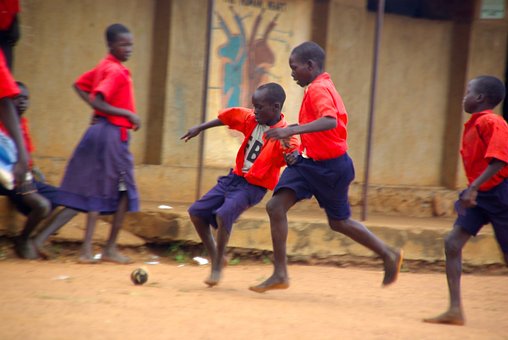 How it feels to be reunited with her team on the soccer field for the first time since the loss in the World Cup:

“It’s so crazy because I had so much anxiety coming back in. It’s been two months since we’ve been together, the last time we were together was in Germany, in the final when we lost to Japan, I had a lot of anxiety coming back. I wasn’t ready to turn the page and start focusing on the Olympics because I’m still pretty hurt about the World Cup. Once I got here I saw my teammates and I officially turned that page. I’m so excited to move on and start preparing for the Olympics.”

Whether or not she feels the World Cup recognition can be sustainable:

“It’s strange because we had success in 2008. We won the Olympic Gold Medal in ’08 and we didn’t win this World Cup but what we did is we truly inspired the nation and I think we brought a lot of longevity to the game and added to our fan base. No longer are we playing just for the little girls out there who one day want to play, but we have gained fans like middle-aged men, older men, football fans, and basketball fans. I think we’re really doing a lot for the game and this World Cup showed that.”

If the same team that went to the World Cup final will return for the Olympics:

“Sports are very competitive as you guys know. It’s interesting because you never know who’s gonna be on each new team and each new roster from week to week and month to month. I guarantee you you’re gonna see some new faces going into the Olympics. I just hope I remain solid on the team.”

What it’s like being on Dancing With the Stars:

“It’s been fun and again, all of this, I really feel like I’m taking one for the team because I’m putting all of my insecurities out for the world to see. They have 20 plus million viewers every Monday and Tuesday night and I cannot dance. I truly can’t dance but I do know that we’re bringing attention to the sport and bringing the sport mainstream. Granted it is just me on the show but my team is behind it, we’re getting attention for the sport and again it goes back to the longevity of the game.”

If she wishes that one day soccer would have the kind of following and attention where she doesn’t have to go on a show like DWTS to generate attention for the sport:

How difficult it has been for her in preparation for the show:

“It’s not easy. Everybody thinks the athlete has the advantage and I think the exact opposite because my body is trained to do what it does for over 20 some odd years and now you’re telling an athlete who’s body is naturally trained because of muscle memory to change everything it does. Shift weight, shift balance, and it’s not easy. Plus I really don’t have rhythm.”