Hard Knocks in Atlanta? Matt Ryan is Indifferent, Focused Instead on Improving his Strength and Endurance

As if there wasn’t already enough pressure on franchise quarterback Matt Ryan (who still hasn’t won a playoff game in his four-year career as the team’s starter), the Atlanta Falcons have reportedly received an offer to be the subject of this summer’s edition of HBO’s Hard Knocks.Falcons quarterback Matt Ryan joined 790 The Zone in Atlanta to discuss the rumors that the Falcons could be the next HBO poster boys on Hard Knocks. He also touched on why he thinks the Falcons will be improved in 2012 despite not making major offseason changes (and not holding a first-round draft pick) and what he’s looking to improve between now and the start of next season. 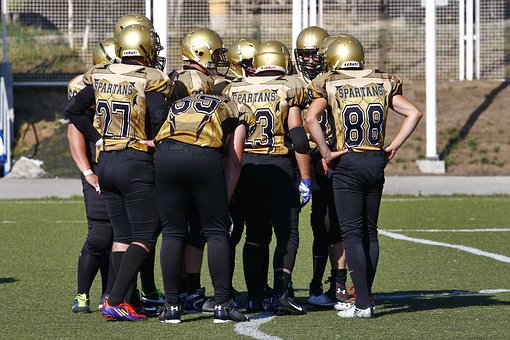 On rumors that the Falcons might be featured on HBO’s Hard Knocks:

“You know what? I have heard the reports, kinda just like everybody else. I think, first I’ll say I’ve been a fan of the show for as long as I can remember. I think it’s always really well done and it offers some unique perspective into what NFL training camp is like. But from my perspective as a player, I think whatever our organization decides to do, my focus during that time is gonna be on preparing for the season. And whether there’s cameras there or there’s not, it’s up to the organization to decide.”

On the attention quarterbacks have received on previous seasons of the show:

“From my experience in watching the show, a lot of the time the quarterbacks aren’t the big part of the show. I mean, in some of their meetings they show some of the stuff with them, but there’s usually some more outgoing, some more flamboyant characters on the team that the cameras tend to trend towards. But it is what it is, and if it happens it’ll be great and if it’s not, it’ll be great too.”

On the potential distraction caused by the filming of the show:

On why he thinks this team will be better than the edition:

“First of all, I think there’s a couple of key things we did in free agency. I’m excited about having Harry Douglas back. I think that’s a big, big move for us. And then also, signing Todd McClure back — he’s kind of a staple of our offensive line, keeps everybody together. Those are two big things offensively that I’m excited about. I think with that core group of guys that we had last year, I think experience is — we know what to expect from each other, we know how to prepare with each other. And I think the reason we’ll be better this year than we were last is because everybody has a salty taste in their mouth from the end of last year. And I think everybody’s motivated. I know in my talks with my teammates, everybody’s highly motivated to get back in to work, to improve and to be better than we have been.”

On what he’s trying to improve this offseason:

“Heading into each offseason, I try and take two or three things, two or three areas to really improve on. And this year it was getting a little bit stronger in the weight rooms. So I’ve been working out pretty hard this offseason to try and put on a little bit of weight to get a little bit stronger. And I think that’ll help me out on the field. Also, I think we need to be more effective with some of our throws down the field, and that’s something that I’ve certainly worked on early this offseason. And I think the combination of those two things will help our success.”

On if he’s trying to get stronger to take hits better or to improve his endurance:

“Yeah, both. Both. I think, stronger to take the hits, I think it’s one of those things you gotta give yourself every opportunity to play every week. And that’s one of the hardest things to do in the NFL. And then also, have that endurance, when we get into November, December, January, to be at your top form. And that’s something that, quite frankly, I haven’t done a good enough job of in the past — playing my best football in January. And that’s what I wanna do better this year.”