Hank Haney on Tiger Surpassing Jack Nicklaus’ Majors Record: “It’s going to be tough, but I wouldn’t bet against Tiger.”

Golf swing coach Hank Haney was a part of one of, if not the, most impressive runs of Tiger Woods’ career. After Woods went through his first major championship drought,  Haney began working with Woods on revamping his swing completely. There were a few bumps initially, but not long thereafter, Woods won six majors between 2005 and 2008 with the new swing Haney had helped him fine tune.  At that time, Haney says he thought Woods would win 23 to 25 career majors. Woods hasn’t won one since. Obviously he’s gone through a very public domestic issue with the divorce from his wife Elin Nordegren. And as we’ve all learned, Tiger is in fact human after all. His personal issues have clearly contributed to his struggles regaining his championship form after he returned from a prolonged hiatus at last year’s Masters. However, Haney — who resigned as Woods’ coach last year – says he still wouldn’t bet against Woods winning five more majors, which would give him 19 for his career. I think that’s a bet a lot of people would like to make against him. Hank Haney joined 790 The Zone in Atlanta with Mayhem in the AM to discuss whether he believes Tiger will piece his game back together in 2011 and beyond, how he can regain the mental edge over the field once again, if he thinks Tiger would benefit from playing a heavier tournament schedule, the waning of Tiger’s intimidation factor, how many more majors he believes Tiger will win, and his new show on the Golf Channel along side Rush Limbaugh. 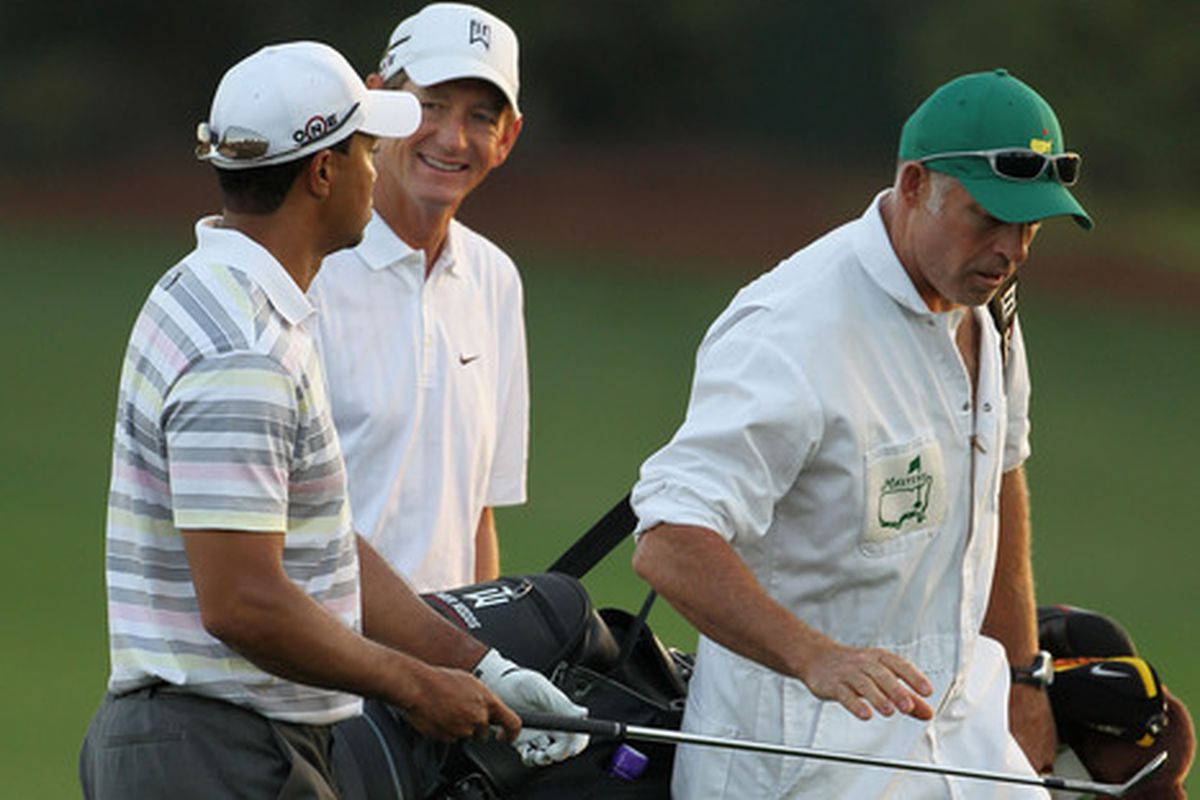 Can Tiger put his game back together?:

“It’s hard to argue with what you’re seeing right now, but Tiger is the most talented golfer I’ve ever seen. If anybody can put it back together, it’s him. It’s not looking great right now, but hopefully it’s just going to be a little more time before he starts playing like he knows he can play and then it’s a question of building your confidence back. He does have a ways to go.”

Can he get his mental edge back that it takes to close out majors?:

“When you close out on weekends, it’s really about experience and nobody has more experience at doing that than he does. These young players … and there’s a lot of great ones coming up … but they don’t have any experience in these majors and closing out and Tiger does. It’s a question of getting in position which I think is the bigger question.”

Is it maybe a case where simply has to go out and play more tournaments?:

“A lot of people have that theory that if Tiger played more that he’d snap out of this. Obviously, he’s not doing that and I really don’t know what the reason would be for that. This is kind of the schedule he’s always had, it’s worked for him and he’s sticking with what’s worked for him in the past. … It is a little confusing.”

How intimidated are people of him?:

“You definitely saw that with people that hadn’t played with him before, but I never felt that as much as people talk about it, to be honest with you. … In the last couple years, Tiger hasn’t been there in majors at the end, yet you still see players that have trouble, that struggle, that shoot high last rounds and you’re going to see that no matter what, whether Tiger Woods is there or not. I just always thought that Tiger Woods was better than everyone else. … There’s also no doubt about it that [any intimidation] has lessened or gone away. In the last few tournaments, he’s losing to guys in his group with regularity and that’s never happened before.”

How many majors did you think he would win when you were coaching him and do you think he’ll win five more now?:

“I thought, originally, the 25 number based on how many he would have to play in, the percentage he was going at. Obviously, I felt like, as he got older, that percentage would go down a little bit, but 23 to 25 seemed to be the number I would think about. Now, he’s got plenty of time still, but the clock’s ticking. … To win five more majors, that’s a great career for most people. … You’re talking about having to win more majors than Phil Mickelson has in his career and doing it in a period of time that’s not as long now. It’s going to be tough, but I wouldn’t bet against Tiger.”

“He was incredibly impressive as a student. When we started off, I didn’t know how he was going to be. Obviously he’s an incredible talker, but he’s an even better listener. One of the greatest students I’ve ever had. … It’s the best season we’ve ever had.”

Responses to “Hank Haney on Tiger Surpassing Jack Nicklaus’ Majors Record: “It’s going to be tough, but I wouldn’t bet against Tiger.””

I just want to encourage Tiger Woods. People cannot throw stones at him, life is on going, we are still living and growing. My husband and I only watch golf when Tiger plays, even if he isn’t having a good day, we keep watching and hoping he will win. We wil always support you Tiger. Good luck with your tournament on Thursday March 24th.