On Tuesdays, SportsRadioInterviews.com will have a guest column penned from one of the many sports radio hosts whose interviews you see here often on SRI. This week’s column is courtesy of Mike Gastineau, who will celebrate his 19th year at Seattle’s Sportsradio 950KJR in October. The past 17 of those have been spent hosting a daily show from 3 to 7pm. His long tenure in the soggy Pacific Northwest may explain his willingness to see most things in shades of gray.There’s a great old Calvin and Hobbes cartoon I have framed and hanging in my office. Calvin informs Hobbes that he’s going to start his own talk radio show.“I’ll spout simplistic opinions for hours on end,” says Calvin. “Ridicule anyone who disagrees with me, and generally foster divisiveness, cynicism, and a lower level of public dialogue.” When Hobbes points out that it seems as if he was born for the job Calvin replies: “Imagine, getting paid to act like a six year old.”I was just a little older than that when I knew exactly what I wanted to do. I couldn’t have told you for sure that I’d be a talk radio host. But by the time I was ten I would have guaranteed that I’d be doing something in what to my young ears was the coolest most exciting most fun thing ever. I’d be working in radio.One of the most important things that happened in my life was something completely out of my control. I was born in the Great Midwest; the state of Indiana to be exact. I was also born the son of a huge baseball fan who spent many summer nights dialing up and down the AM band listening to games. 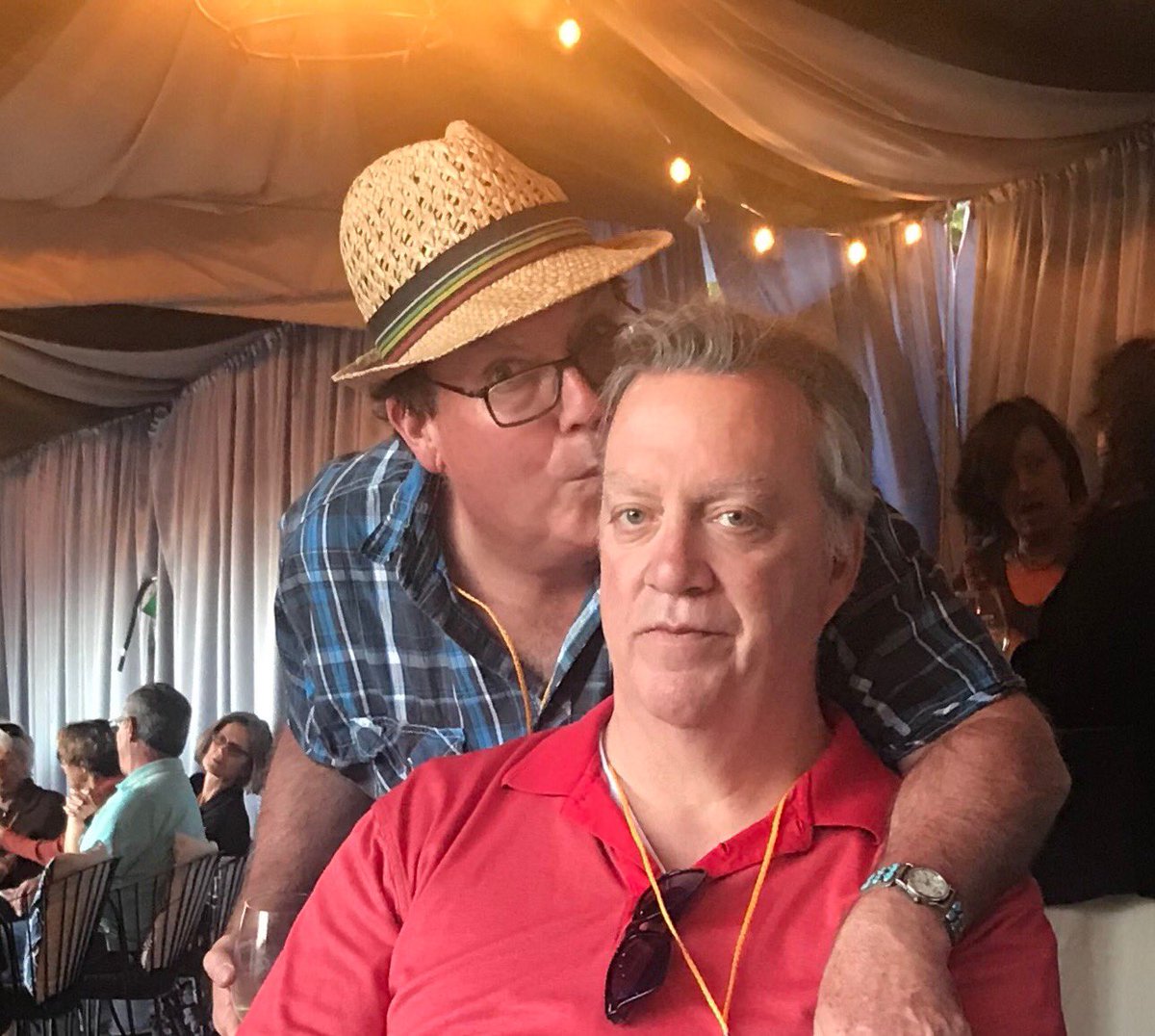 Our location (Indianapolis) meant that depending on weather conditions we got games from Chicago, Cincinnati, Detroit, St Louis, Minneapolis, Atlanta, Pittsburgh, and Cleveland. In some ways it was like having Direct TV in 1969. Granted since it was radio you had to use your imagination. But outstanding announcers like Harry Caray, Al Michaels, Ernie Harwell, and the very underrated Vince Lloyd helped with that part of the deal.One of the things I enjoyed most was happening upon a game that was in a rain delay. Listening to the announcers chatting, telling stories and joking as they filled the time was incredibly interesting to me.I got my own radio and filled winter nights with pro and college basketball and hockey broadcasts where I learned to become a huge fan of the great Lloyd Pettit who did Chicago Black Hawks games. By the age of 15 I was working at a radio station at my high school. I’ve been in a radio station every day of my life since.Each day at 3pm I continue what has been a more than 40-year love affair with radio. And while the realist in me knows that some talk shows aspire to be nothing more than an example of Calvin’s dead on description above those who are willing to put in a little effort can create shows that can inform, entertain, and create a necessary platform for the oft-forgotten fan.
At its’ best sports talk radio is a fan’s lone place from which to air a complaint, a concern, or maybe even a compliment and gain the satisfaction of being heard. We’re the new version of the corner bar. Patrons gather every day to hear discussion of news from the neighborhood. If they’re so inclined they pipe up with their opinion. And the bartender…or host…is at the center of it all.

Try calling the Seahawks offices to complain about Matt Hasselbeck chucking three picks against Denver. You won’t get very far. But call KJR and instantly you’re part of a giant neighborhood conversation with varying points and counterpoints. “He’s too old.” “He just had a bad game.” “His receiver ran the wrong route.” “He’s done.” “He’s still great.”All of this monitored by a host whose job is to keep the conversation moving along and maintain a basic level of intelligence. This is what differentiates us from the verbal shout fests masquerading as dialogue on the Internet.The message boards and comments section of the blogosphere is what talk radio would be like without a host. Imagine if every day at 3pm we simply opened the mike, introduced a caller; let him say anything he wanted without concern for historic or factual accuracy and with no contextual basis. Then when he was done made no comment but simply went to caller two, then three, and so on.How fast would things deteriorate? Especially given the fact that callers would remain anonymous as they do in the tough talking “I’m always right you’re always wrong” world of the message boards.It’s probably an inevitability given human behavior but during a time when we’ve been handed the greatest communications tool in history our interpersonal communication skills are degenerating to a level not seen since 2nd grade recess.

The same thing can and does happen in talk radio. But my goal every day is to not let it happen on my show. It’s impossible to achieve that 100 percent of the time. Occasionally you’re going to go off on a caller. Someone pushes the wrong button and look out!But to me, sports talk radio is at its’ most interesting when the discussion is lively without anyone resorting to shouting or attacking. The shows I enjoy the best have a reasoned debate on a subject. My job as host is to inject enough humor and entertainment that the discussion remains interesting. Smart talk doesn’t have to be NPR dull.The biggest criticism listeners would level against me is that I sit on the fence on too many issues. But I counter that with this: seeing both sides of an issue is not a weakness, it’s a strength. I studied debate in both high school and in college and really enjoyed the aspect of formulating an argument on an issue based on fact and reason even if it might ultimately counter by own personal opinion.In a business where people often carve out their territory and then loudly ridicule anyone who disagrees with them (a la Calvin) I find I get the most satisfaction from attempting to create an atmosphere each day where the discussion deals with the basic true premise that the sports world (like the real world) doesn’t exist in nice clean black and white areas. It exists in varying shades of gray.

As for interviews an obvious key to me is to listen to the answer to your question. Sounds simple but with everything else going on in your head it’s easy sometimes to forget that simple helpful device. The next question can almost always be a part of the last answer. And don’t forget to ask the simplest follow up question of all: “Why?”My favorite interviews are generally done with coaches. During my run in Seattle I’ve enjoyed the good fortune of relationships with guys like Don James, George Karl, Lou Piniella, and Mike Holmgren. In addition to being winners these guys were always interesting. They were willing to bring a sense of humor (most of the time) to the interview, which also is a great help.
The worst interview is the athlete or coach or guest who either doesn’t want to be there or isn’t interested in talking to you. This doesn’t happen often but when it does I always find myself wondering why they agreed to do it in the first place. I had Fuzzy Zoeller on my show last summer and in the middle of an interview that was about as bad it gets he informs me that I interrupted happy hour. Sorry about that. Next time say no to the interview request.I absolutely love what I do. Every day at 3pm I feel that little extra buzz that comes from not knowing exactly what’s going to happen next. The excitement and anticipation fuels me and makes every day feel like the first day on the job. I consider myself quite lucky in that regard.

2 Responses to “Guest Post: Mike Gastineau aka “The Gas Man””

Gasman….As a sports fan who was transplanted from outside the Great Northwest and grew up following most of the rivals of the Seattle sports scene, I’ve always appreciated your ability to support the local teams while being willing to be critical when the situation calls for it. While I don’t always agree with you, I’ve come to appreciate the passion with which you approach your job and respect your ability to fairly represent both sides of nearly any issue on the sports landscape. I admire your willingness to address controversial topics that others won’t touch, and your committment to your community is commendable as well. Thank you for sharing your compassionate, energetic, and thought provoking brand of sports radio with us. As the “Voice of Reason” in Seattle Sports Radio, I hope we get to enjoy