I’m sure my reaction to Greg Schiano’s plan is just like that of many others: Um, what, you want to eliminate kickoffs? Perhaps it’s just a natural reaction to such a major change in the game that we’ve become so used to, but the Rutgers coach’s plan just doesn’t seem to sit well, at least until you hear his argument for it in making the game safer for the athletes. Schiano had a player, Eric LeGrand, suffer a catastrophic injury — he also details LeGrand’s recovery process in this interview — while covering a kickoff last season. He says he’s heard numbers from studies where kickoffs make up less than three percent of all plays in football but account for about 17 percent of the catastrophic injuries. His plan would help change that. Schiano outlines his plan to get rid of kickoffs and instead give the team that would have kicked off a 4th-and-15 situation where the team could either go for it — with perhaps the same risk/reward involved with an onside kick — or punt it away. I think it would certainly take a lot of getting used to and seems a bit far-fetched, but it’s hard to argue with anyone wanting to make the game safer. Greg Schiano joined 790 The Zone in Atlanta with Hans and Arch to discuss his plan, the reaction to it, exactly what it would entail, how his program is coming along and the rehab and recovery of Eric LeGrand. 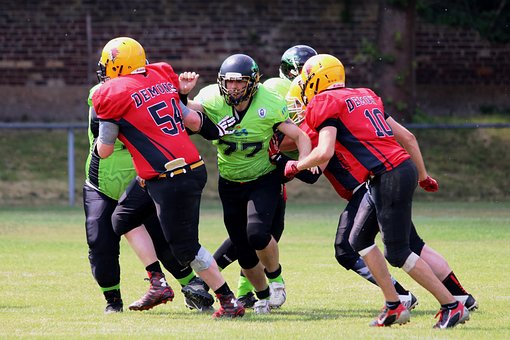 His plan to get rid of kickoffs:

“The play itself, I understand why it has traditionally been something that people wouldn’t want to touch. But when you look at, someone gave me a stat the other day and I kind of casually said this to one of our guys that covers the team and wasn’t really thinking of it becoming a big thing. I mentioned it to our coaches in the Big East but didn’t really have a plan to implement it and get it out there, but all of the sudden an article is written and all of the sudden it takes off. Because of that exposure, I got a call from a guy the other day and he said 17 to 18 percent of the catastrophic injuries in football happen on kickoffs, yet kickoffs are only about 2.5 percent of the plays in the game.  That’s a pretty big spread.”

What have other coaches thought about the idea?:

“I think the big thing that coaches have talked about a lot is the onside kickoff. The onside kickoff, to me, is one of the most dangerous plays in any sport. Kickoffs have kind of become more of an issue here in the last few years, gotten a lot more exposure. … The day that Eric [LeGrand] got hurt was a Saturday and we were playing in Meadowlands Stadium. The next day the Giants were playing the Detroit Lions and Detroit had a guy get hurt at about the same spot on the field on the same play, on a kickoff coverage unit. … That’s kind of an eerie deal there … and I think it’s kind of caught the eye of the people in this game. And if we can make the game still be as entertaining and still as physical but make it safer for the players I think that’s the most important thing.”

Breaking down exactly what his proposal would be:

“It’s not real complicated. Instead of having a kickoff, every place where you would have a kickoff now, you would put in place a fourth-and-15 situation. The team that would now be kicking off would have the option: They could punt the ball or they could go for it. The option to go for it would replace the onside kickoff. You could still try to maintain possession of the ball. If you don’t, then you punt the ball. I think it would start the game in similar field position. Punts are a much, much less physical play. … You don’t nearly get up to the same rate of speed. … Really, people start talking about taking the kickoff returners out of the game, and that’s true, but I believe the most skilled guys on the field are those punt returners. … I think it would really just add to the skill level needed to be successful in the game. And then, it wasn’t really in my thinking, but there is a whole other big strategy that you have to deal with as a coach now in this fourth-and-15. That’s kind of the plan in a nutshell. Again, it doesn’t matter to me if it’s this plan or another plan, but I do believe we need to make it safer for the guys.”

“We had a nice run, five years straight, and I think the big thing is performing with consistency, for a program that had not been able to do that for a number of years, really ever in big-time Division I football. … It was a tough year [last year]. We were 4-2 and then didn’t win another football game for a lot of different reasons, but I do like our football team coming back. I think our league’s better, too, so it’ll be an interesting climb.”

An update on the condition of Eric LeGrand:

“Eric is improving but it’s been very slow. He’s working his tail off. He’s doing rehab, still, three times a week. He’s out of the facility now and he’s back home, but it’s going to be a long haul. As I’ve asked for many times in the past here I’m going to ask again, if people are out there listening, I really believe it’s your prayers that are going to get him over the hump and get him through this. He’s had an incredible attitude, does have an incredible attitude. … There’s not a doubt in my mind that Eric’s a guy that’s going to get back.”