Brandon Lloyd came into the NFL in 2003 after being drafted by the San Francisco 49ers and has bounced around the league since. Lloyd has played on four different teams and has never had a season where he has caught 50 passes. However, after being a non-factor in Denver last year, Lloyd looks reborn in the mile high city and is on pace for a career year. Lloyd is second in the NFL in receiving yards with 339 yards and has become one of Kyle Orton’s favorite targets. It’s very early in the season, he still hasn’t made people forget about Brandon Marshall as of yet, and Lloyd has been inconsistent throughout his entire career, but it’s great to see a player who looked like he was done getting another chance and making the most of it.Brandon Lloyd joined 104.3 the Fan in Denver with Mike Evans and Scott Hastings to talk about what has changed for him this year that he has been so productive, what is happening with the running game, whether or not he feels they are making enough of a commitment to the running game, what it has been like taking over for Brandon Marshall and the criticism the wide receivers received before the year started, and what he thinks about the Titans defense. 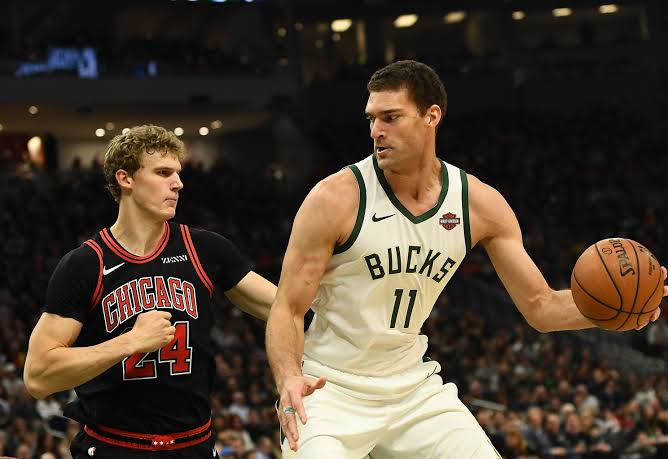 On what has changed for him this year in Denver:

“I’m gonna continue to tote the line of opportunity because I haven’t changed at all as a player. My attitude, the way I approach the game hasn’t changed, it’s just that I’m getting opportunities to catch the ball and I’m making the most of them.”

On why the team has struggled so much with the running game:

“It’s pretty simple as a player. From the player’s standpoint it’s a player’s issue. If it was a coach’s issue it would be one of those answers where hey the coach’s need to call the right plays and the player’s need to execute, but this is a player’s issue and it comes down to executing. The coaches do a great job of putting together the game plan and we see in the game what we’ve been practicing all week. What it comes down to is us finishing blocks, getting into those holes, receivers blocking on the second level, covering up the safeties or the corners, and creating a running path from the running backs. It’s just a collective effort from everybody on offense. As players we need to get it in our mind that when we get in those situations we have to finish. When we’re running the ball we have to finish our blocks and get our running backs inserted into those holes and to the second level.”

On whether or not he thinks the team needs to commit to the run a little bit more:

“I think it’s insane to say we’re not committing to the run because going into the game we had the second most rush attempts in the league. I think we have to get that out of our minds as fans and people covering the team that were not committed just because it’s not successful. We look at the stat line and see (Kyle) Orton drop back and throw the ball 57 times in the last game, but it wasn’t like that the first two games.”

On whether he thinks the receivers have quelled the criticism they have gotten after Brandon Marshall left:

On whether or not he has himself on his fantasy football team:

“(Laughing) I don’t believe in fantasy football. It puts an individuality in a team sport.”

Listen to Brandon Lloyd on 104.3 the Fan in Denver here