Glen Davis Believes Every Athlete, Including LeBron James, Can Benefit From a Sports Psychologist

I’ll admit, I can’t remember the last time I had heard an interview with Glen “Big Baby” Davis. There’s a decent chance I had never heard one. Perhaps there is a reason for that. The following interview is just plain strange.His answers aren’t particularly controversial, their just a bit out there. He discusses how he’s really getting into reading, but then when asked what he’s reading, he says a cookbook. He also discusses how the different plays in a basketball game have to be treated like a cloud, just passing without any worry.Mostly he talks about how he’s hired a sports psychologist because many players don’t realize the need to be mentally prepared. Davis says he’s practicing mentally in the offseason and that all players, including LeBron James who has to “deal with what kings deal with,” could benefit from a similar process. Really, you’ve just got to read and listen to this one for yourself.Glen Davis joined KFXX in Portland with Isaac and Big Suke to discuss how off-the-court matters can affect a guy’s play, his transition into the NBA, if he regrets not playing football, why he struggled during the postseason, how to practice mentally, if LeBron James could benefit from doing the same, who the best player is in the NBA and why Kobe Bryant gets under his skin. 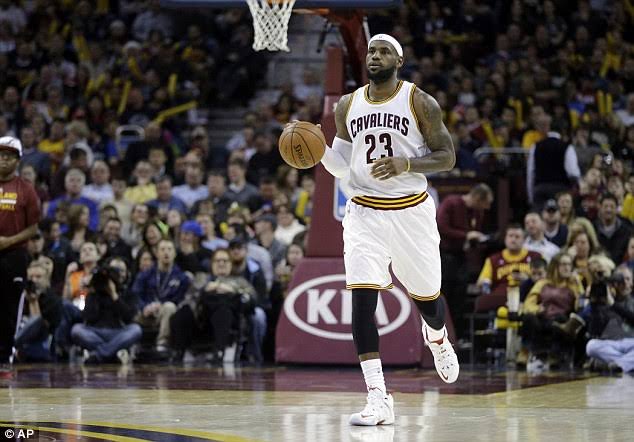 How often is a guy’s play affected by matters off of the court?:

“A lot of players are affected in ways that you would probably never even imagine, even little things a coach says or little things off the court, teammates. The game of basketball, especially on this level, you have to be mentally strong. Instead of always practicing shooting and working on your body and making sure you’re strong, you’ve got to also practice mental toughness. You’ve got to put yourself in tough situations mentally and just exercise your mind. A lot of guys don’t really recognize that. When you see the guys who do it, like the Kobe Bryant’s and Michael Jordan’s … you’ve got to be mentally tough in the game.”

On his transition to the NBA:

Do you ever regret not pursuing football?:

“I played like tailback, slot, I never played the line or anything like that. I always had the ball in my hands. No way [I don’t regret it]. Sometimes I think about the money. They’re like, ‘Oh man, you could’ve been a franchise player.’ Twenty million dollars would have been great, but I’m happy because I’m doing what I love.”

What happened in the postseason, where you said your play wasn’t up to your standards?:

“Mentally, I wasn’t there. I had to kind of adjust the way I played in the second half of the season and mentally I didn’t get a rhythm as far as just the way the game went and then just mentally like drained. That’s my offseason workout this year is to practice mentally. I’ve been doing a lot of things mentally to get ready for the upcoming season.”

How do you practice mentally?:

“I hired a sports psychologist to help you tap into the zone … as far as you miss a shot, you don’t worry about that. You go to the other end and use that energy to do something else on defense. Let it pass like a cloud. Clouds pass by you all the time and you don’t worry about it, you’ve just got to keep going. That’s what I’ve been concentrating on, just how to handle things like a professional.”

Do you think LeBron James needs something like a sports psychologist or has that criticism just been unfair?:

Who is the best player in the NBA?:

“He just pisses me off on the court. You stress him out and he might speak some Spanish to you and you’re like, ‘What are you talking about?’ I know you’re from Italy or somewhere, but his charisma and just the way he’s so poised, it just gets under my skin. And then he’s a Laker guy. I just don’t like those guys.”