Gilbert Brown Places the Blame on the Packers Front Office

The Packers are coming off of an unexpected loss to the worst team in the NFL, the Tampa Bay Buccaneers. Heading into the game, the Packers were favored to win by ten points on the road and the Buccaneers first round pick, Josh Freeman, was making his NFL debut. A recipe that usually cooks up a win ended up in disaster and has struck a huge blow to their psyche and postseason hopes. The Packers finish the first half of the season at 4-4 and have all but given up hope on a NFC North championship as it looks like the Vikings will run away with the division. The Packers hopes of making the playoffs rest on an unforeseen collapse of the Vikings or a shot at one of the two NFC wild card playoff spots. 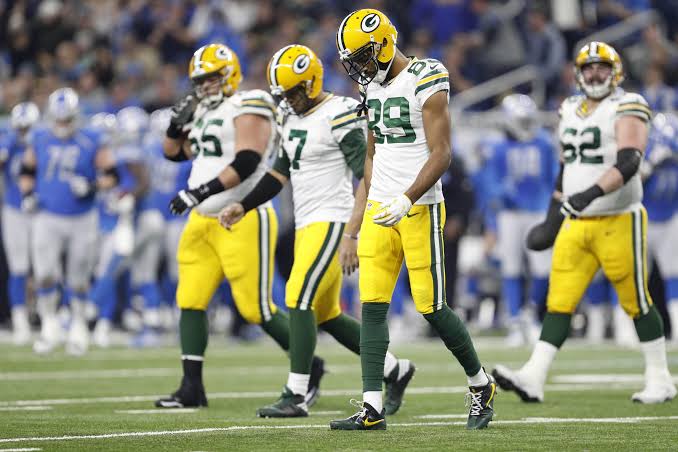 For a normal franchise, Green Bay really hasn’t played that bad this season but with their historic past the Packers are supposed to win every year or at least contend for the title. They can still make the playoffs but only if they essentially play mistake-free football from here on out. They also have to give Aaron Rodgers more time to throw the football. The offensive line has looked elementary at times this season and they better learn quickly because they play the now vaunted Dallas Cowboys this week. As we all know, the Cowboys have a tremendous pass rush and should give them all they can handle and more. Former Packer Gilbert Brown aka “Gravedigger” joined WSSP in Milwaukee to talk about whether he is concerned about Aaron Rodgers play as of recently, who is to blame for the Packers situation this season, and whether firing an assistant coach on offense or defense would help shake things up

On why Greg Jennings has dropped off:

“Why are we wasting time with that? It is a team situation now. Everybody starts pointing the finger at individuals when things go wrong. How about we point the finger at the whole team and the talent dude?”

Whether he is concerned about Aaron Rodgers play as of recently:

“I am concerned about everything. Defensively, offensively is like… You know what it is man? Let’s take a look at how many losses do they have? Four? Two losses belong to the Vikings. One loss belongs to the worst team in the NFL this year and Cincinnati which is playing very well. So let’s look at this. The Vikings have stole our swagger period. Everybody on that team stole our swagger. Took our quarterback. Took our heart on Lambeau Field. Took our heart in front of millions of fans on TV. Then you go out and lose to a 0-7 team. The debacle started when they played the Vikings right there. The two Vikings games crushed the season. They had so much riding on it. The fans had so much riding on it. Guy’s jobs is riding on it and now when you lose to a team like the Tampa Bay Buccaneers, who had not won a game this year, how do you get up to go play the Dallas Cowboys?”

On who is to blame for the Packers situation this season:

“It is the head coach’s fault. Everything that goes on starts with the big man upfront. (Host: You said it was the personnel?) It doesn’t matter. It doesn’t matter with the talent and what you put on the field if you keep making mistakes week in and week out and you don’t correct it and the same thing keeps going on, guys running off the field. You got guys undisciplined like Johnny Jolly. Somebody has to step up and fix that and the head coach is the guy that is supposed to take care of everything at 1265 and when he can’t, he turns around and he’s supposed to have Ted standing right behind him to fix it as well. It starts with them two guys.”

Whether firing an assistant coach on offense or defense would help shake things up:

“Nope. If you want to shake it up you go to take out the head honchos. That is the only way because they still let that go on. You mean to tell me…I am coaching the Lacrosse Spartans, right…Let’s say that I am the head coach over there and my offensive line coach is steady letting these stupid penalties go on. Am I going to just sit there and say look man fix it or I am going to get rid of you? I am pretty sure that has gone on. If you don’t do anything about it he must like his offensive line to do what they are doing. So there is no changes. It is week 10. How much do you got to do before you do something?” Former Packer Gilbert Brown on WSSP in Milwaukee with the Big Show says the Packers problems start with Thompson and McCarthy .