After a run to the national championship game and 10 years of mediocrity, Georgia Tech finally realized Paul Hewitt’s time had come to an end.  The players were no longer responding to him, and quite frankly, neither were the fans.  As the losing seasons piled up, attendance to games dipped dramatically and GT basketball became an afterthought.  In a conference known for basketball, the Yellow Jackets have fallen behind the eight ball and hope their next coach, Brian Gregory, can do what Hewitt failed to do, win consistently.Gregory arrives at Tech with eight winning seasons out of the nine he was with Dayton, including five postseason appearances. 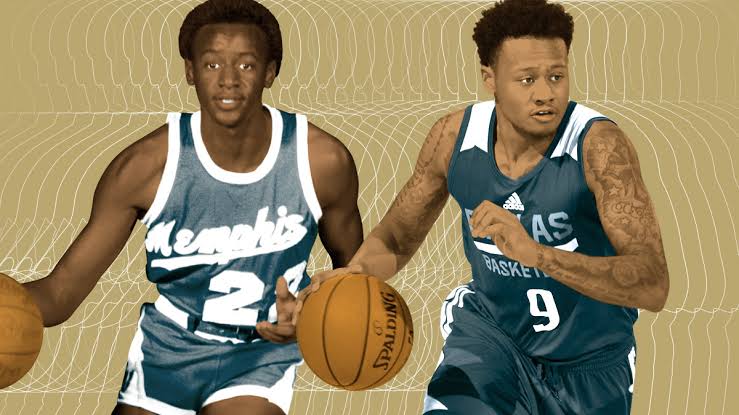 Prior to Dayton, he spent four seasons at Michigan State learning under Tom Izzo, and the Spartans made the NCAA tournament all four seasons, reaching the Final Four in 2000 and 2001, and winning the NCAA national championship in 2000.  The success at MSU and Gregory’s ability to recruit quickly gained him recognition as one of the top assistant coaches in the country.  He brings with him to Georgia Tech the knowledge of what it takes to win championships and a reputation as a top-notch recruiter.  Although Hewitt was a great recruiter, he seemed to get carried away with the one and done players.  If Gregory can lock down the city of Atlanta and recruit the kind of student-athletes it takes to succeed at an institution such as Tech, it won’t long before they are back amongst the elite in the ACC.Brian Gregory joined WQXI in Atlanta to talk about what was attractive about Georgia Tech, what kind of offensive and defensive system he is going to install, and what Tom Izzo has meant to him as a mentor and coach.

What was attractive about Georgia Tech:

“Well when you look at it the framework is there.  You start with the history and the tradition, the great players here in the past and what they built just needs to be re-established and I think that is kind of the starting point, but we have prestigious academics and world-class degrees that the guys earn from here to put them into position like no other school around…great support, great fan support, world-class city.  When you add to that the leadership on campus with the President and the athletic director, we have a great system to play in, the guys are going to have fun playing in it, it is hard and it is demanding but I think the guys will enjoy it.  When you add all those things together you get a solid base to continue to grow from.”

What kind of offensive and defensive system he is going to install:

“Well I think on offense the term we talk about all the time is ‘pace’, we play at a fast pace. It means we will push the ball in both makes and misses, try to attack in the open court, and pace in the halfcourt means that the ball is on the move or it is on the floor being dribble-drove hard to the basket trying to create some opportunities for some other people.  On offense we really emphasize sharing the ball and moving the ball and making the extra pass, really taking great pleasure and joy in creating a shot for someone else.  Defensively, if you watch us play we play with great intensity.  We are a pressure team.  When I say that that is not necessarily a press, more of a pressure team trying to force the tempo with defensive pressure trying to get guys out of their comfort zone disrupting their offenses.  Then at both ends of the court you have to do a great job of controlling the glass.  I know you guys have really talked with Coach Izzo before and that is a trademark of anybody from that program is that you emphasize rebounding.”

What Tom Izzo has meant to him as a mentor and coach:

“Well you know, I mean, simply put, the guy is the best guy in the world, you know what I mean.  He just is.  He is at the top of his profession and he has done it with a spotless record.  He will give you the shirt off his back, he is always there for you when you need him and you know that is sometimes kick you in the butt and sometimes that is, ‘Hey everything is going to be OK.’  He has got such a difficult job because hey, could you imagine where that bar is set?  If they do not go 32-4 and make the Final Four it is like a disappointing season, but at the same time that never gets him down.  He is always upbeat and always in a good mood, he is just a great friend, but more importantly outside of that he is great for this profession and I think that is really important in this day and age.  He said, ‘hey the one thing you can do at Georgia Tech you can do it the right way’ and that is really important and really important to me.”

What happened this year at Dayton:

“Well you are reading the wrong writers, number one, but you are right.  I guess you got your program in a pretty good spot, 22 wins, you play in the conference championship game, you make your fourth postseason, your graduating class leaves as the all-time winningest class in the program and there is a couple of knuckleheads out there that think it is disappointing.  What it does show you is that you had your program at a pretty good level, you know what I mean, so I understand that, and I also, hey I was disappointed in the way we played.  I didn’t think we played Dayton basketball as much as we should have for various reasons.  I say that half joking, I agree with it.  At times I am not happy with the way we played and I think the team next year is going to be dynamite.  I think it is got unbelievable senior leadership, got great chemistry, the guys are really dedicated.  I think this is a tough blow because we have been together for a long time but they are going to get past it, kids do and they know how I feel about them and know I will be pulling for them.  Here is the thing, hopefully, maybe in the not too distant future we are winning 22,23,24 games and you guys might not be my biggest fan anymore, how about that?”