George Karl “So Much Of Carmelo Is Not A Basketball Decision, But A Business Decision.”

George Karl is looking forward to a new year in after going through a series of chemotherapy treatments for his throat cancer and the unrelenting Carmelo Anthony trade talk. As head coach of the Seattle SuperSonics, Karl had set up a foundation, Friends of Hoop, that hosts an annual tournament called King Holiday Hoop Fest every year on Martin Luther King Junior day. Another Martin Luther King Junior day is upon us as the Seattle area is excited to see an event that George Karl established showcase some of the area’s best high school talent.As for Karl, he continues to deal with the drama of the Carmelo Anthony trade saga while balancing the thought of trying to coach a playoff team. 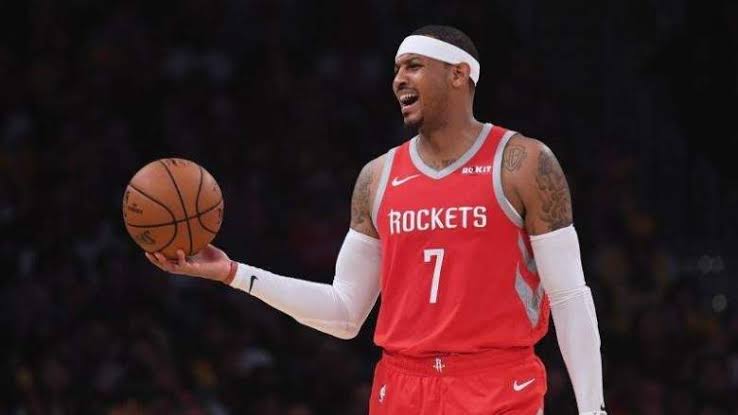 The Denver Nuggets currently sit as the seventh seed in the Western Conference with a record of 23-17 and have led in the second half in 35 of 39 games. Masai Ujiri faces one of the most difficult decisions for an NBA franchise as his team walks the delicate line of playing to win this year or “living to fight another day” by trading the franchise’s biggest asset to build for the future. Carmelo Anthony and his agent, Leon Rose, have made it known the star forward does not want to play in Denver any longer. I can’t blame George Karl for growing tired of all the hoopla at this point.George Karl joined KJR in Seattle with Mike Gastineau and Hot Shot Scott to discuss getting to 1,000 wins as an NBA coach, on having any input on the Carmelo Anthony trade situation, his early involvement on the amateur basketball scene in Seattle and seeing so many amateur basketball players from Seattle benefiting from his involvemen

“The only thing I can come to is that I’m the black sheep of the fraternity. The seven other coaches with 1,000 wins are pretty impressive guys. I’ve just been fortunate to have some really good teams. Seattle of course being one of the best. I want Seattle to really get a franchise back, so I can get my jersey retired. Seattle is probably the only place where I can get my jersey retired.

Do you have any hope in the Carmelo Anthony situation? How much input do you have on what’s going to happen with the situation?

“Well I think right now so much of Melo is not a basketball decision, but a business decision. So I don’t have a lot of say in that. I think my owner is going to make that decision in how he wants to handle dealing with a guy who may not be on the team next year. Does he want to get value for him this year? For me I try to stay away from it. My job is to win the next game and fortunately we’ve been doing a pretty good job with that. We stayed ahead of the curve right now. We’re a playoff team right now and I actually like some of our guys. I think some of our guys like Ty Lawson and Arron Afflalo are having really good years for us. I just think if we could get it straight and we knew what was going on and then start from scratch you know from that point and move forward. If Melo is going to be here that’s great and fantastic, let’s go to work. If he isn’t, same thing, get the new guys in here. Let’s teach them how to grow and blossom as fast we can and then let’s go to work.”

On his involvement on the amateur basketball scene? How did you get it started? How did “King Holiday Hoop Fest” come about?

“When we started making big money my idea was kind of like what can I do to give back to the game. I ran some summer camps in Seattle and had fun with some of the high school coaches. They kind of told me the nightmares they had with high school basketball about getting kids ready to earn themselves scholarships and getting themselves into situations where they didn’t even understand they could get $150,000 dollars worth of scholarship, but they had to get a 2.0 GPA. They had to get a certain number on their SAT’s or the ACT’s. They didn’t even understand the system. Their parents didn’t even understand the system sometimes. I decided to get involved with a program called “Friends of Hoop” and we kind of put together an AAU team. At that time there may have been one, maybe two traveling teams out of Seattle. We put together some kids that turned out to be very, very good. I think Doug Wrenn was on our first team. We had the Burleson family that was involved and some of the great names to come out of Seattle. Fortunately it’s come out of the

“Friends of the Hoop” program.

I had something to do with it for the first four or five years, but Ron Bollinger and Jim Marsh have been the guys to carry the program on in the last 5-10 years. They’ve done a fantastic job and I think they’ve taken some of my philosophies and thoughts and carried them on. The thing that came out of that was why not have a basketball tournament on Martin Luther King day. We thought it was a good way to take the state of Washington basketball and maybe take some interstate teams against a suburban team like Mercer vs. Garfield or something like that. I think it’s worked out really well to where it’s become a fun thing for the high school teams. The teams that play in the tournament seem to get fired up for it. I hear it’s on TV back there now. I think it really has turned out to be a great thing. Even though I started it I really shouldn’t get the credit for it because the guys that fulfilled are still doing their job.”

How amazing is it to see so many NBA players coming from Seattle due to your involvement in high school basketball scene?

“It’s been amazing. It’s almost every year. You got the kid Marvin Williams who went to Carolina and Marvin (Editor’s note:  He means Martell) Webster. There are so many good players If we make a trade with New Jersey we’ll probably get Devin Harris who was a “Friends with Hoop” kid from Milwaukee. It’s a nice fraternity of young guys who have really blossomed into the NBA, but we might have helped them along the way with the “Friend of Hoops” program.