All winter long it seemed as though the Nuggets were caught in limbo in regards to the organization’s future after Carmelo Anthony made it abundantly clear he wanted out of Denver. In most cases when a team loses their franchise player they take a step backwards, but for the Nuggets that was just the opposite. Denver was 32-35 with the best player in their franchise’s history and 18-7 without him. The Nuggets became lethal without the likes of Melo. George Karl wasn’t shy about expressing his opinions on how much better off the team would be and how Anthony could have cared less about playing a lick of defense.Karl may have been misunderstood a little bit in regards to his comments on Melo as he explains his version of the story to Dan Patrick below, but he can smooth that one over in the off-season. 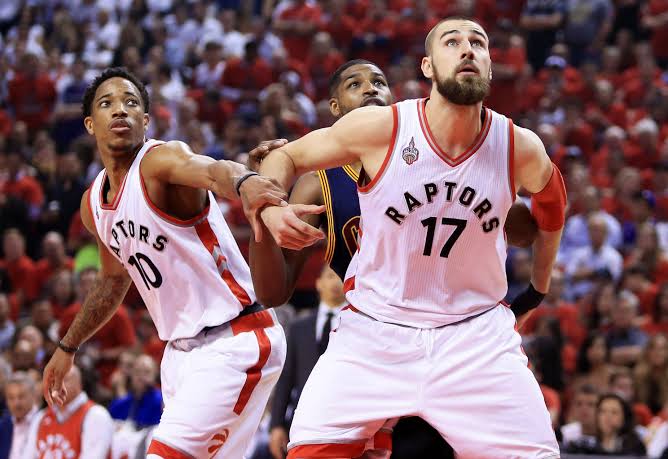 Denver has a date with Kevin Durant and the 4 Oklahoma City Thunder. This should make for one of the most exciting series of the first round being that the Thunder are a young team that’s only growing, who also added a big man to help bolster their inside game with Kendrick Perkins. The Nuggets also added Raymond Felton, Danilo Gallinari, Wilson Chandler to a lineup that already had the likes of Nene, Kenyon Martin, Arron Afflalo and Ty Lawson. Some new faces in some new places could see this Western Conference series going the distance.George Karl joined The Dan Patrick Show to discuss how he is coaching differently after the Carmelo Anthony trade, if he’s spoken to Carmelo Anthony since the trade, did he hint towards wanting to take on the Dallas Mavericks instead of the Oklahoma City Thunder, did he realize that Kevin Durant would be this good coming out of college and how important is Kevin Durant to the Oklahoma City Thunder.

How are you coaching differently as oppose to before the Carmelo Anthony trade?

“Well I think any time that you are with a team for six years you know they get tired of your voice. I probably get tired of their attitude. That’s not only Melo, but I think, I mean the team itself was a little stale and I think the change with the younger guys that we’ve kept and the newer guys that we got now we got a freshness and energy. The fans, what’s funny to me, when I talk to the fans, when I go out into the public they have a new freshness in their voice. I mean they’re energized by the situation. We’re kind of in a twenty-five game package of trying to prove you can make this change in twenty-five games and than go into a seven game series against a team a lot of people think is the best team in the Western Conference right now. There’s a lot of excitement and a lot of enthusiasm. I just want to use that as a motivative energy to then go out and try to teach them how to win in playoff basketball or help them win in playoff basketball, which is a totally different stage than the regular season. I mean eighty-two games. You learn a lot in eighty-two games, but you can probably learn as much in seven games in a playoff series as much as you can learn in eighty-two games if it’s a real, tight, close, powerful series.”

“No. I’ve always thought in the scenarios, the bigness, the grand stage that that whole thing was on…I think it was best for me and Melo and Melo and Chauncey [Billups] and I to all let it kind of die down. To let it filter out. I hope somewhere this summer or somewhere early in September next year if they’re in Denver. I know Chauncey [Billups] will be here to go spend you know a night with them and talk about it. Melo and I have had too many positive opportunities to say this ended on a negative note. I mean the only thing I thought was blown out of proportion was defensively I thought he could have made a bigger and better commitment. I don’t think they also understand that I think the guy is the greatest offensive player I’ve ever coached and we won a lot of games and we’ve had a lot of success here because of Carmelo Anthony.”

Now you’re taking on Oklahoma City in the first round. You did hint towards wanting to play the Dallas Mavericks right because of contrasting styles?

“I basically hinted after we played a team in Dallas that was beat up and I kind of said well if the team played last night I’d probably want to play Dallas. You know the team we played didn’t have Jason Kidd in it, didn’t have Tyson Chandler in it. Will they be one hundred percent when they get back? We have a lot of injury questions that we have to answer. We’re probably not going to be one hundred percent going into it this series. Fortunately our depth, sometimes that makes our team function better because we have so many good players that the rotations will be known rather than me rotating them and they not knowing what’s going to happen. They’ll probably know how I’m going to rotate a lot more frequently if we do have a couple of injuries.”

Did you realize that Kevin Durant would be anywhere near this kind of player that he is now coming out of college?

“I liked him. I do remember saying that I would take [Kevin] Durant over [Greg] Oden and I knew that, but that’s basically probably because I like 6’10” athletes more than I like big, seven-foot, you know what do they call them? Big carriers? Air craft carriers? I prefer the runner and the jumper and the athlete. I could have never expected him to be this good of a scorer.”

How important is Kendrick Perkins to the Thunder?

“Well I think he’s very important against us because he’s always going to be patrolling the paint and [Nick] Collison kind of does it in a different way. Perkins is with his shot blocking and his big body. Collison takes charges. No one is even talking about [Serge] Ibaka and [Nazr] Mohammed. Both of those guys are protecting the basket. I think Perkins is kind of teaching these guys how important it is that you don’t let anyone to the rim. I think Perkins is the leader of that. They have different looks. You have Perkins who does it with his physical presence, than you got Ibaka who’s long and athletic, and Collison comes in there and takes charges. They protect the paint and we like getting to the rim as much as any team in the league and I think how we move them around and try to keep them away from protecting the basket is going to be really important in the series.”