It took Gene Chizik just two short years to silence his critics. And boy did he do just that. Chizik led the Auburn Tigers to a perfect record in and the school’s second national championship. Can he maintain the high standard of success he’s set for himself and the program moving forward? In the ‘what have you done for me lately’ world of college football, that’s exactly what Chizik is forced to turn his attention to.  And being in a part of the country where trees get poisoned and potential recruiting violations seemingly lie around every corner, all eyes will continue to be on Chizik and the Tigers program. For now though, life is still good for the young, unwaveringly optimistic head coach.Chizik joined WJOX in Birmingham to talk about being nominated by the Coach Bowden Collegiate Coach of the Year Award, if he feels any different arriving at work now that he’s a national championship winning coach, how recruiting has become just a bit easier now that he can cite Auburn’s recent championship when talking to kids, losing assistant coach Tracy Rocker to the Tennessee Titans, his thoughts on who might replace Rocker, the recent tree poisoning incident, how he’s not at liberty to talk about the rumors of a potential recruiting violating down in Louisiana, and how he’s not aware of any letter of inquiry being sent regarding that potential violation. 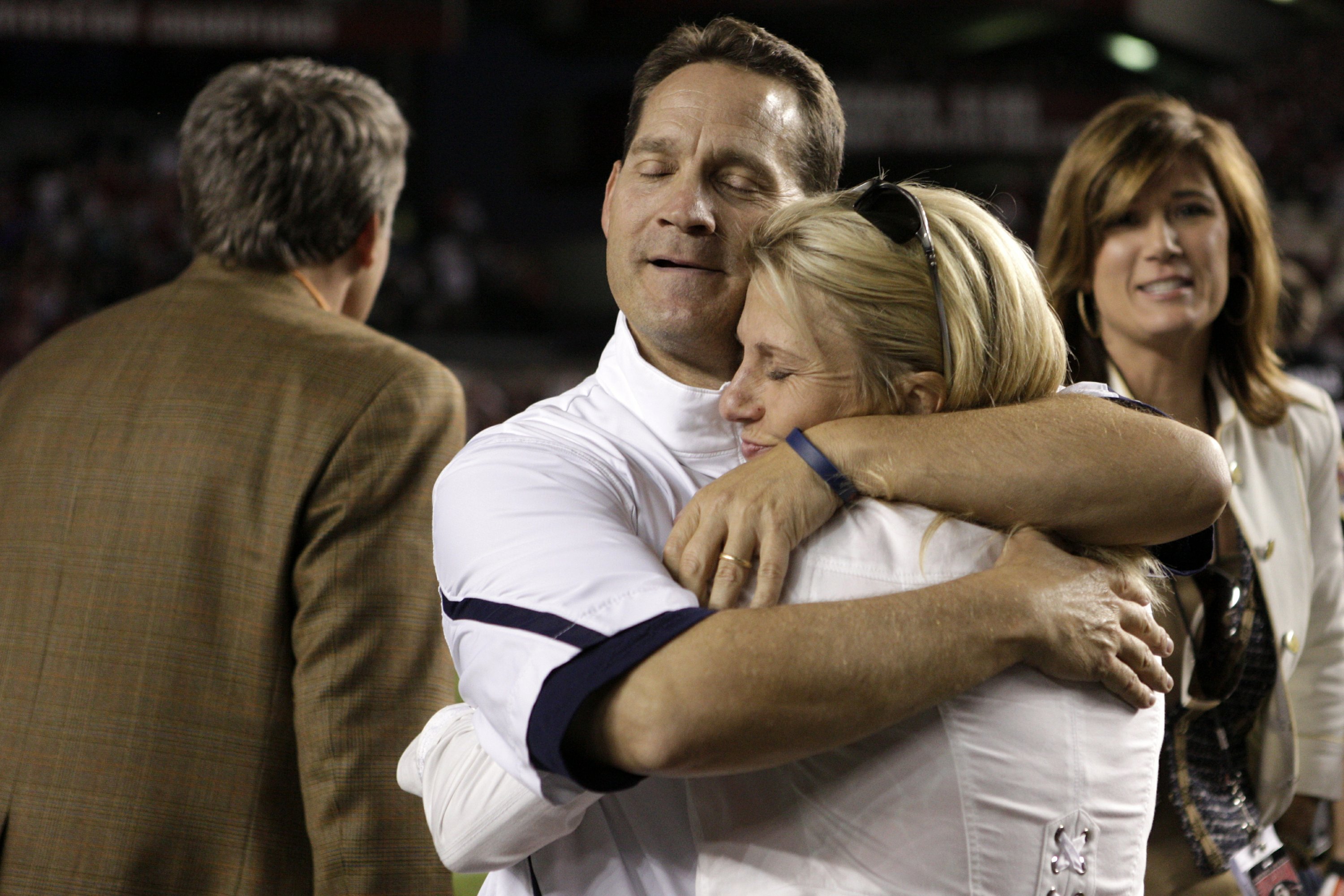 On what it means to be nominated for the Coach Bowden Collegiate Coach of the Year Award, even if he has already garnered plenty of individual recognition for the outstanding job he did coaching the Tigers to a national title in 2010:

“Well you know what, I have been blessed to have been considered for a lot of different awards this year, and as we all know any individual award is really a team award. But specifically with the Bobby Bowden Award, that’s a great honor to even be mentioned in the same breathe as a man who’s done so much for college football. And the bottom line is everybody’s going to remember him for all the wins, all the success and consecutive Bowl games and things of that nature, which they should. But you know, for me, it’s so impressive on what Coach Bowden did as a man in changing a lot of young people”s lives.  Because at the end of the day that’s what it’s all about and that’s the reason we’re in it. So very honored, and very privileged to be even considered in the same breath for an award that’s named for such an amazing guy like Coach Bowden.”

On if it feels any different arriving at work now that he’s won a national championship:

“[Laughs] No, you know, it’s not. It’s really not. One of the things I just feel very blessed about is we just keep things very grounded. We know exactly what our path is and exactly what we want to accomplish every day. I’m not going to lie, it feels good. There’s no question it feels good. And I’m so proud for our players and our staff who have just worked so hard, I mean just relentless work hours trying to accomplish the ultimate goal. So I feel great for everybody that has put in so much time and effort, but every day’s the same thing: this is one big thing with no beginning and no end. You know, we just finished one recruiting class and we’re on to the next. So we’re just continuing to spin on that circle.”

Whether he’s noticed that recruiting has become that much easier now that Auburn has a national title under the belt:

“Well I think that every thing that we try to do is really in the name of recruiting. From that regard there’s no question in my mind that winning the national championship has had a huge effect on the recruiting end. I don’t think there’s any doubt about that. And I think it will continue to. So in that regard, yes, I think it’s a huge, huge feather in our cap for kids to know that, you know, you come to Auburn you not only have a chance to win a SEC championship, you have a chance to win a national championship. So I think we’ve kind of laid the groundwork but, we have a huge foundation that we have to continue to build, but it’s a never ending process.”

On the loss of Tracy Rocker to the Tennessee Titans and what he can share about who might replace him:

“Well first of all, Tracy, what a great person. He’s meant just a ton to Auburn as both a person and a coach. We wish him nothing but the best. He’s going to go on to have a great career in the NFL. This is one of his goals and dreams — this is what he wanted to be able to accomplish; this is the first opportunity he had to go to the NFL. And like I’ve told him and like I’ve told every one of my staff members, I do not want to lose anybody. But if people weren’t willing to help me, and if people weren’t okay with me trying to pursue my goals then I’d never be the head coach at Auburn. So you hate to lose great people, there’s no question about it. But you know what? I feel very confident we’ll head in the right direction because it’s very important to me to get a great man as one of our coaches, and I will and I’m in the midst of that right now. I know what direction I’m headed in terms of what kind of man I’m looking for, and I’m very confident that will get that done.”

On the tree poisoning incident:

“You know guys, you hate to see an incident like that occur. That’s disappointing but you know, what I think everybody’s got to keep in mind is this is an isolated incident by an individual, and I don’t think that can be reflective of the whole group or a whole group of people. And really to be truly honest with you, I just encourage all the Auburn fans to be all in. And when you’re all in that means…we’ve used it all year….but it just means do things the right way. I encourage them to show a lot of class and dignity through the whole thing because I know it’s tough and I know there’s a lot of angry people. But be mindful of that there’s angry people both Alabama and Auburn fans. So again, I don’t want it to look like one person is representative of the whole group because I just don’t believe that’s true.”

On if he can talk at all about the murmurings about a potential recruiting violation down in Louisiana:

So there’s not been a letter of inquiry about that: