A little more than a year ago, Gene Chizik was hired to succeed Tommy Tuberville and Auburn fans weren’t very happy.  They had just gone from one of the most decorated coaches in school history that won 85 games and one SEC Championship in ten seasons, to a perennial losing coach in Chizik, who posted a 5-19 record over two seasons while he was head coach at Iowa State.  But that didn’t deter Auburn officials, who were impressed by Chizik’s work as the Tigers’ defensive coordinator  under Tuberville.  Chizik also earned plaudits for his work as defensive coordinator at Texas, helping the Longhorns win the BCS championship in There were plenty of other coaches out there like Paul Johnson, Jim Grobe, and Turner Gill that they felt could do the job better.  So that is why it was tough to sell the hire to Auburn alumni and fans.  But what a difference a year makes!Chizik has now started 5-0 in each of his first two seasons and this year’s squad has posted a 6-0 record and is ranked 7 in the country. 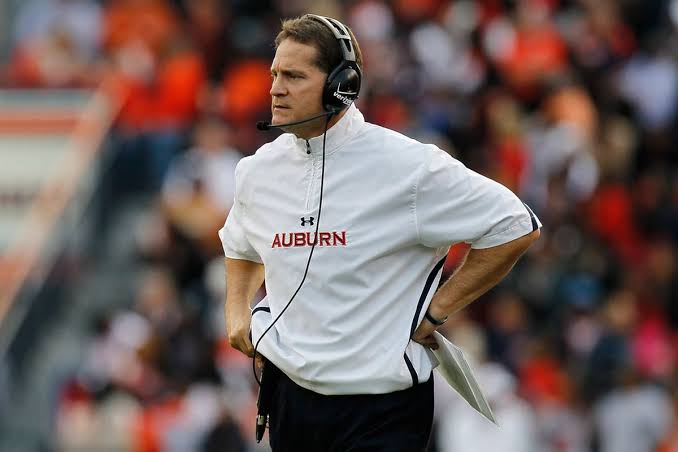 The main reason for this year’s success is that he has finally found himself a quarterback that can run Gus Malzahn’s finicky offensive system in Cam Newton.  Newton, who leads the SEC in rushing and is second in the conference in total offense, will lead the undefeated Tigers this weekend against the Arkansas Razorbacks at Jordan-Hare Stadium.  The matchup will feature the two biggest quarterbacks in the SEC in stature and stats in Ryan Mallett and Newton.  The SEC’s total offensive leaders will showcase their talents Saturday in Jordan-Hare Stadium in a game that is sure to be a high-scoring battle. Gene Chizik joined 790 the Zone in Atlanta to talk about whether he is surprised at how Cam Newton is able to consistently outrun defenders even when they have good angles, if he foresees a shootout this weekend against Arkansas, and whether he thought when he was hired that in year 2 of his tenure at Auburn they would be a top-10 team.

Whether he is surprised at how Cam Newton is able to consistently outrun defenders even when they have good angles:

“Well physically he is a physical specimen.  When you’re 6’6’’ 250 lbs and you look like a defensive end, some of the things that he does from the quarterback position shock even us.  It is a beautiful thing to watch.  He is getting better every week, but you’re right… He outruns people with angles on him and he is just kind of a very unique combination of a guy that can do that yet still throw the ball really well with a nice touch and really understands the game and I think he is getting better every week at his trade.  A unique blend of a guy but certainly as I think, like I said yesterday during a couple of interviews, that I think his best days are ahead of him because he is still getting used to the offense.”

On the notion that it is hard to find a player on scout team offense to try and mimic Cam Newton:

“I don’t know if you could really do that.  That would be a unique challenge.  I’m just glad that isn’t one of the questions that we have to answer every week.”

Whether he can foresee a shootout this weekend against Arkansas:

“No question.  No question guys.  He is a great quarterback.  Bobby Petrino is an extremely talented play caller and they’re really, really talented.  They have got some great receivers and they’ve got some guys with some height.  Obviously he is throwing the ball really, really well, but it’s going to be a tough match.  The thing is that I think people get a little bit lost in the fact that they are all so potent offensively that they are kind of losing the fact that they are playing good football on defense too, so that is going to be another huge challenge for our offense.”

Whether he thought when he was hired that in year 2 of his tenure at Auburn they would be a top-10 team:

“I really did guys.  I really thought that could happen and the reason that I really felt that way was because I had a great memory of Auburn football when I felt here after the 2004 season, which I was very blessed to be a part of.  So that was my last memory of Auburn.  I felt like we’ve been there before and there is no reason why we can’t do this again.”