Huge game in Columbia, Missouri this weekend between a pair of unbeaten teams in the Big 12. The Oklahoma Sooners are headed to town to take on a surprising Missouri Tigers squad. Mizzou has won with a nice combination of offense and defense. Despite being undefeated 6-0 (2-0), Missouri is barely in the top 20. Needless to say, a win over the Sooners, who are the #1 ranked team in the initial BCS Rankings will vault them into the top 10 and into the National Championship discussion.  ESPN’s Game Day crew will be in Columbia for the big game and Tigers’ head coach Gary Pinkel is hard at work getting his team prepared.Pinkel joined The Press Box on KNFS in St. Louis to talk about staying focused amidst all the hype surrounding the game, how he’s thrilled ESPN’s crew will be in town for the big conference showdown, his team’s impressive win last week over Texas A&M, what they’ll try to do to slow down the potent Sooners’ offense, how badly he wants to beat Oklahoma (something he’s always had high on his list of goals but not accomplished yet), and the surprisingly stout play of his highly ranked defense. 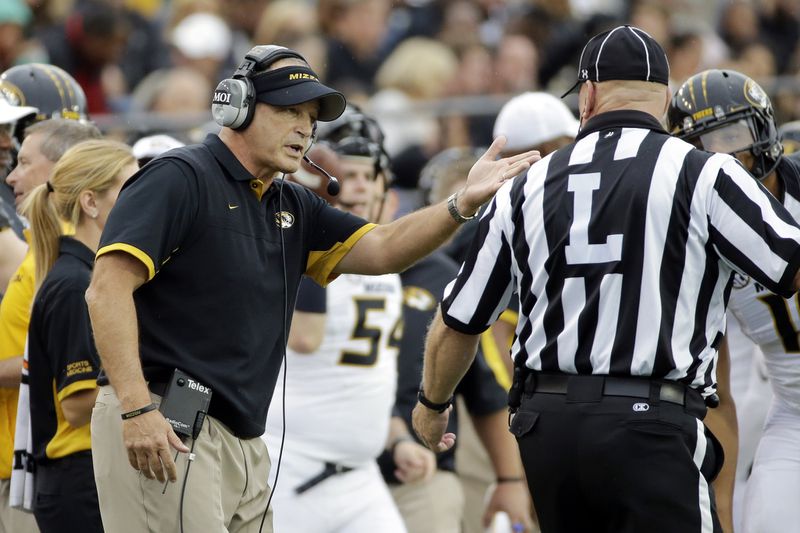 On if it’s possible to enjoy all the hype and excitement surrounding this weekend’s big game while they focus on the task at hand:

“Oh yeah, I think you do. You’re excited about it in a way that you focus on the task at hand. We’ve had nationally televised games around here over the last few years, not often but a significant amount of times. Game Day is probably the biggest difference. Game Day is huge not only for the university but for the state of Missouri obviously from a national standpoint. And it’s going to be in the Quad here on campus, in the columns, and what a great exposure for Mizzou, the university. This is not only about sport, but it’s as much about Columbia and the University of Missouri. You’re just proud that you’re part of that and that’s going to have a lasting effect on the whole community. It’s going to be wild around here, and we’re playing a great football team.”

On how much emphasis he’s placed on beating Oklahoma on numerous occasions in the past:

“To me that’s just being responsible. I was given the opportunity and responsibility to build a program here and here’s one of the best teams in the league, and we don’t play them every year, but bottom line is I haven’t beat ‘em. That’s just being responsible, but you can talk all you want, I’m not much of a talker but I’ve said that every year since I’ve been here. We’ve just come up short, and we’re going to work hard to play well and we’ll see what happens.”

On the complete and very impressive performance against Texas A&M:

“Yeah it was neat to see the passing game get back to where we’re making tough catches, making tough throws, where we’re not stopping each other, and what a difference in how we move the ball down the field. So without question, I was very pleased with our performance.  Our kicking game except for the blocked PAT was good again, I see consistency in our defense who played very well against a very, very potent offense. So a lot of good things came out of that, and hopefully we can get that confidence and roll that into a better performance as we get ready for this game.”

On the productive game turned in by receiver Wes Kemp:

“Yeah it was really neat to see Wes do well. He had some struggles early and we weren’t playing him as much early because around here it’s real simple – you’ve got to practice well in order to play. That’s just the way it is, I don’t care who you are. And that’s the beauty of our program. That’s the way it works – if you practice well, you’re going to play, and if you get a chance to prove yourself, then you’ve got to do it. And we do that with every single player in the program. So what he did the last two weeks is start practicing better, and you saw what happened on gameday.”

On the play of his defense, one of the top ranked units in the country:

“Well I think we’re playing consistent, I think we have a lot of good players, I think we’re playing as a team and as a unit really, really well. I think that’s maybe our greatest asset, and we played a really potent offense a week ago and played well in that. And here comes another one that’s very, very talented with Landry Jones their quarterback, Murray their running back, and Broyles their great wide receiver – they’re just all impact players. So that’s the great thing about our league man, you’re going to play people like that week in and week out. It’s exciting.”