Fredi Gonzalez Is Excited About Reuniting with Dan Uggla in Atlanta

At the start of the MLB Winter Meetings, the Atlanta Braves made the first big splash of the offseason when they acquired Dan Uggla from the Marlins in exchange for Omar Infante and Mike Dunn.  Uggla, who is a two-time All-Star, comes to the Braves after he hit .287 with 33 home runs and 105 RBI last season.  Getting a player of his caliber for next to nothing almost seems too good to be true but once again the Marlins were trying to shed payroll and the Braves were lucky enough to land him.  Uggla is reunited with his former manager Fredi Gonzalez and it isn’t yet clear where everyone will play, but Martin Prado will likely play left field if or when Chipper Jones is ready to return from knee surgery.  Either way, it’s a pretty nice problem to have.  Despite being a liability on defense, Uggla packs more punch than any second baseman in the game.  In his first five years in the majors, he has averaged thirty home runs and ninety-something RBI.  He is in the final year of his contract and the Braves are sure to try and sign him to a lengthy extension.Fredi Gonzalez joined WCNN in Atlanta with the Rude Awakening to talk about the notion that the acquisition of Dan Uggla was a great move for the Braves, how Dan Uggla used to abuse the Braves at the plate when he played them, and how Chipper Jones is doing physically. 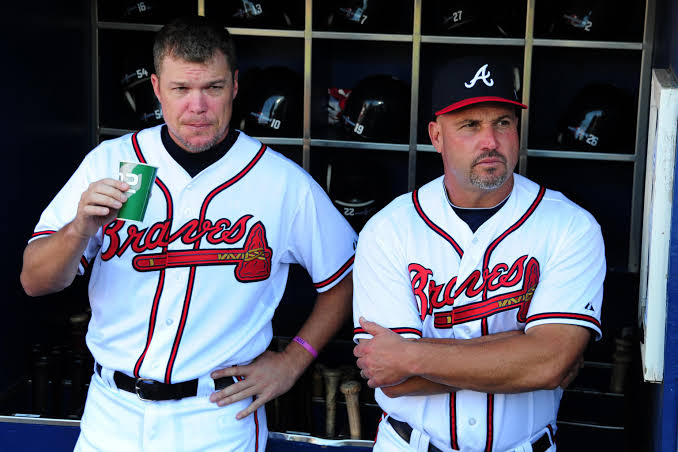 On the notion that the acquisition of Dan Uggla was a great move for the Braves:

“Frank (Wren) did a terrific job there.  He did an unbelievable job, when he first brought this to me early in the day yesterday and I jumped on it and said, ‘Yes that is a good deal.’  I am thinking the whole time, I am thinking ‘no way this is going to happen.’  You know it was one of those ‘too good to be true things’ and then about three and a half, four hours later he calls and says, ‘Hey we are going to announce in about a half hour’ and I said, ‘Wow!’”

On the notion that Dan Uggla would have been a player he would have liked to bring with him to Atlanta from Florida:

“Right, right, you know what, he brings not only did we see, 30 home runs, 100 RBI season, but the clubhouse stuff.  The blue collar type-player.  I mean he is going to fit right in here.  The fans are going to love him.  This guy knows how to play the game just one way and that is the right way.  He is concerned about winning, he wants to win and he wants to beat you.  When he put that uniform on in four o’clock in the afternoon he is just thinking about winning.  He is going to fit right in.  I talked to McCann yesterday, Chipper Jones yesterday and they were like little kids on Christmas morning because they know what this guy is as a competitor, not they have him as a teammate.”

Whether it is great to be in an organization that is a “buyer” and not a “seller”:

“Leo (Mazzone) it is amazing.  I talked to Carlos about that the other day and he goes, ‘You know what?  I have not yet once talked to Frank Wren about we need to get rid of payroll.’  We are always talking about, hey how can we get this team better?  That is something that I haven’t done in three and a half years and it is great, it is a great feeling.”

On how Dan Uggla used to abuse the Braves at the plate when he played them:

“Well you know what I think he is a. 354 career hitter here at Turner Field.  He is comfortable and some guys hit better in some places and hopefully that continues, that trend continues here…”

How Chipper Jones is doing physically:

“He is doing great.  He is right where he is supposed to be.  He is in Idaho right now doing some hunting but he will be back later on this week and he is ready to go.  He said that they have cleared him to start hitting and I think in a couple of weeks they will clear him to start running.  So he is ready to go, he is looking forward to spring training and he is energized.  That is a great thing when you talk to your veteran player and get a guy to make this team better and hopefully that gets him over the rehab process here in December and gets him going for spring training.”

Whether Dan Uggla plays any other position besides second base:

“No he hasn’t and you know what, for four years that I have been with him we talked about this a lot about maybe moving him to third base but we seem to think that he is a better fit for second base and we have got to move Prado.  If everything is going well, you put Chipper at third and move Prado to left field.  If Chipper needs a couple of extra weeks coming out of spring training then you let Prado play third base and then you mix and match the left field position.”