You’re sick of this. I’m sick of this. Everyone is sick of this. Will these two guys just get into the ring and settle once and for all who the greatest fighter of this decade and possibly generation truly is?The first go-round in the Manny Pacquiao vs. Floyd Mayweather Jr. negotiations which took place in January of this year deteriorated on the level of drug testing, specifically the window in which blood would be drawn before the fight. Manny, and his confessed fear of needles, would not give blood within two weeks of the fight.Regardless of if you believe a man who has multiple tattoos is deathly afraid of needles, or that a fighter who lets millions of dollars slip away over a two week window, both of these guys had their reasons to walk away from the fight the first time. Now, not so much. Who are these guys going to fight if not each other? 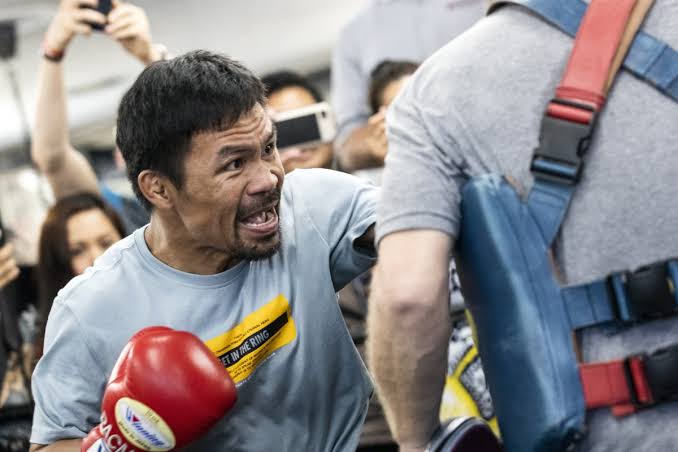 Pacquiao has dancing partner options in the ultra slow Antonio Margarito or a possible rematch withMiguel Cotto, who won possibly one round against Pacquiao before being dismantled late.Mayweather’s options are no better. He could fight Matthew Hatton, little brother of Ricky, or possibly convince another fringe lightweight to step up, collect a $3 million dollar check and a guaranteed L in the record column.The fans have the most to lose if these two don’t get into the ring within the next year. There’s no reason for the fight not to happen, but reason is no substitute for the amount of excuses that seem to come up during the negotiations.Freddie Roach joined Bob McCown on The Fan 590 in Toronto to discuss the possibilities of the only true mega fight on the horizon in boxing between Manny Pacquiao and Floyd Mayweather Jr.

Roach was asked if he thinks the fight is going to happen:

“Well, we’re going to fight November 13th against somebody and me and Manny both hope that it’s Mayweather. We’re trying to make every benefit we can to make that happen. I talked to Bob Arum yesterday and he told me that he will know within a week if the deal is going to be done or not. If not Mayweather, it looks like (Antonio) Margarito or (Miguel) Cotto are on the board. Again, we obviously want Mayweather. He has a big mouth and we’re going to shut him up.”

On if Pacquiao will concede to any drug testing Mayweather wants:

“Well, the thing is, the Nevada Athletic Commission, they tried to go to the Commission with it and the Commission denied it. I suggested to Manny that we call his bluff and let him do the blood testing and call his bluff and make him fight us. Manny hasn’t given me officially his word on that yet, but Bob and Manny are talking and they’re negotiating the fight deal. In my mind everything looks like it’s going to go forward, but again Mayweather retires one weekend and the next weekend he’s back. He’s playing a lot of games and I’m not so sure that if we call his bluff here, we’ll get the fight or not. Sometimes I think he just doesn’t want to fight us.”

Roach was asked if the drug testing is the last hurtle to overcome, or if money is still an issue:

“That’s always a problem. He (Mayweather) always wants more of course. The thing is, it’s going to end up fifty-fifty on the money, and that’s not really the problem, it’s just really the number of days before the fight that the drug testing will stop. The thing is with Shane Mosley, it was 18 days was the last blood test. We’re fine with anything like that and we just want to get this fight on and make it happen.”

On if there is a site already picked out the November 13th Date:

“There are two sites etched in. The MGM in Vegas, or Dallas. The thing is, Mayweather will not fight in Texas. If we get Mayweather we’ll go to Vegas, if it’s Margarito or Cotto, it will go Dallas. Bob (Arum) has done that deal with those two venues and we’re just waiting to hear the outcome, the final outcome, which Bob says will be in about a week’s time.”

Roach was asked if Mayweather has specifically said no to Dallas:

Listen to the audio here.