Fran Tarkenton’s Take on When the NFL CBA Dispute Will Get Resolved:

Nothing gets settled until the last day.”Fran Tarkenton has made his way into the headlines for alldifferent reasons throughout his life. Tarkenton spent his professional football career playing for theMinnesota Vikings and New York Giants. He led Minnesota to three Super Bowls in the but did lose all of them. The man known as “The Mad Scrambler” and “Scramblin’ Fran” is also well known from his time as a commentator on Monday Night Football and being the co-host !Currently, Tarkenton has been very outspoken of his displeasure multiple returns to football over the last few years. He also is an entrepreneur of his own, starting a new innovative website for small business advocacy and education. With the doomsday clock ticking away on the NFL collective bargaining agreement both sides have reached an impasse and it would be foolish to think this dispute will be settled any time near March 4th. 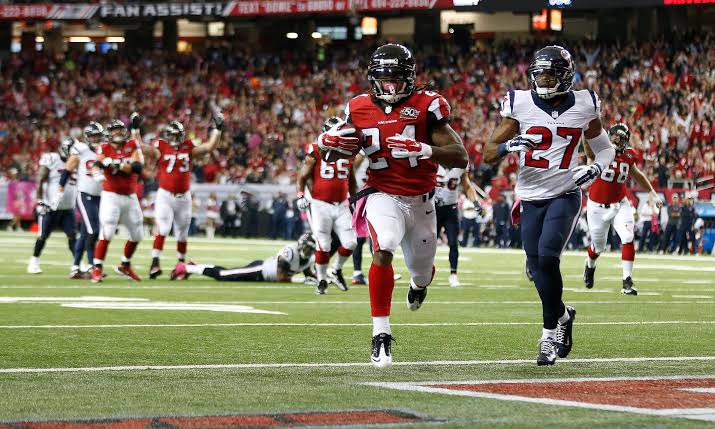 It won’t truly be time to push the panic button on the NFL season unless we don’t see more progress made by late June and early July. Tarkenton decided to weigh in on the current CBA dispute and what side he’s taking as a former NFL player.Fran Tarkenton joined ESPN 101 in St.Louiswith Bob Stelton to discuss why is it so difficult for the owners and NFLPA to come to a new Collective Bargaining Agreement, whether there’s a side he takes as a former NFL player in the current ongoing negotiation process, if he agrees with the argument that that the owners were the ones who built the stadiums so players should give back and pay for them out of their salary, and when, in his opinion, will the CBA dispute ultimately get resolved.Why he believes it’s so difficult for NFL owners and the NFLPA to reach a new Collective

Well the owners made a bad deal in the last collective bargaining session and it’s hard to go back and rectify what you gave away the last time, what four or six years ago. That’s the problem. They [owners] cut themselves a very bad deal and the players got a better deal than they should. That’s where it is. You’re right you got a $9 billion dollar deposit to cut up and the average players are making $2.1 million a year. The owners quite frankly, luckily, most of them are billion dollar owners from other assets. They’ve got deep pockets, but they’re not getting their fair share of the pie. It went the other way. That’s the battle they have now. The owners now are trying to get new stadiums built. They’re trying to improve their product and if you’re an owner of any business you’ve got to have margins that will enable you to improve your product. That’s been the strength of the NFL and that’s why it is the preeminent sports league anywhere in the world. That’s why it continues to grow in a down economy, but I think they’ll get it together. I think because of all the money involved it drives television, it drives radio, it drives ESPN, it drives the cities. I mean the biggest thing in all the cities in where I played…Minnesota it dwarfs everything else in the whole state of Minnesota, it’s the Vikings. If they didn’t have their football it would be a remorseful downturn for them, so they’ll find a way to get it done.”

Is there a side you take here as a former NFL player in this collective bargaining dispute?

“I think the balance has gone too heavy to the player. I think there’s has got to be some adjustment made over to the other side because you’ve got to make sure that the owners no matter how wealthy they are that the business is a viable business for them, so they can have enough profit margin to be able to invest back into the business. That’s just critically important, having deep pocket owners has really enabled the NFL to be able to grow. It’s just grown. When I started back in  and ended , we were a viable important part of American culture in society, but nothing like today. This is over the top. It’s unbelievable and here we have a down economy and people are not going to give up their football, but I think there has to be some balance out here. I think what they ought to do is take out the exhibition games. They played four exhibition games. They’re useless. These players work out year around. They don’t need exhibition games and I would take out four exhibition games and add two regular season games. You’re going to add a tremendous amount of revenue there that will make it viable for both the players and owners. Now you have eighteen regular season games and no exhibition games, so that’s going to help the wear-and-tear on the player also, because he doesn’t have to worry about going out and playing in an exhibition game. That’s football they have a chance of getting hurt in an exhibition game too, so that’s one thing they could do, whether or not, I definitely think they’ll go to an eighteen game schedule and cut back the exhibition from four to two. They ought to just eliminate it.”

Is the argument from the owners that they built the stadiums so the players should give back and pay them valid in your opinion?

“No. No. Not at all. These stadiums are all going to be viable. Jerry Jones’s stadium is viable. I mean he built that stadium for a $1 or $2 billion, whatever he did, but Jerry Jones is a great business guy. He’s got tennis matches going in there, he’s got soccer matches, he’s got boxing matches, he’s utilizing that stadium beyond just the football. The football he’s made it into an event. He’s got people coming to the games. They’re buying goods, trinkets, and souvenirs and beer and wine. He’s created a tremendous…it’s a tourist site in Dallas. Stadiums can be done profitably.  It has to be more than just playing  8 or 9 football games in the stadium. He knows how to do that and the stadiums will continue to built, but they are going to be financed because there’s a revenue stream that can come from these great stadiums. It’s amazing one’s better than the other, but they’re kind of fun.”When does this get settled? Gut feeling from you? “Nothing gets settled until the last day. You might have a lockout for a little while. It’ll get settled before the season starts. It’ll get settled before training camp.”