It wasn’t but a little over a month ago when Fran Tarkenton was ready to verbally fist fight with any Brett Favre supporter. Now Tarkenton has turned his attention to Vick, and for all of the hostility he harbored towards Favre, Tarkenton has the same amount of love for Michael Vick and his signing with the Philadelphia Eagles.
Tarkenton expresses below his love for dogs, he actually describes the recent loss of one of his dogs as “the worst loss I’ve ever had in my life.” I’m sure his Minnesota Vikings teammates who lost three Super Bowls alongside him are thrilled to hear that. After the shock and awe of the Vick signing, the question now becomes how do the Eagles actually plan on using him? Well, Tarkenton loves the look of a Vick/Westbrook backfield for 10-15 plays a game. I can’t say that I blame him. Fran Tarkenton joined 790 The Zone in Atlanta to weigh in on the Vick situation and to throw his support towards the Eagles organization for the signing. 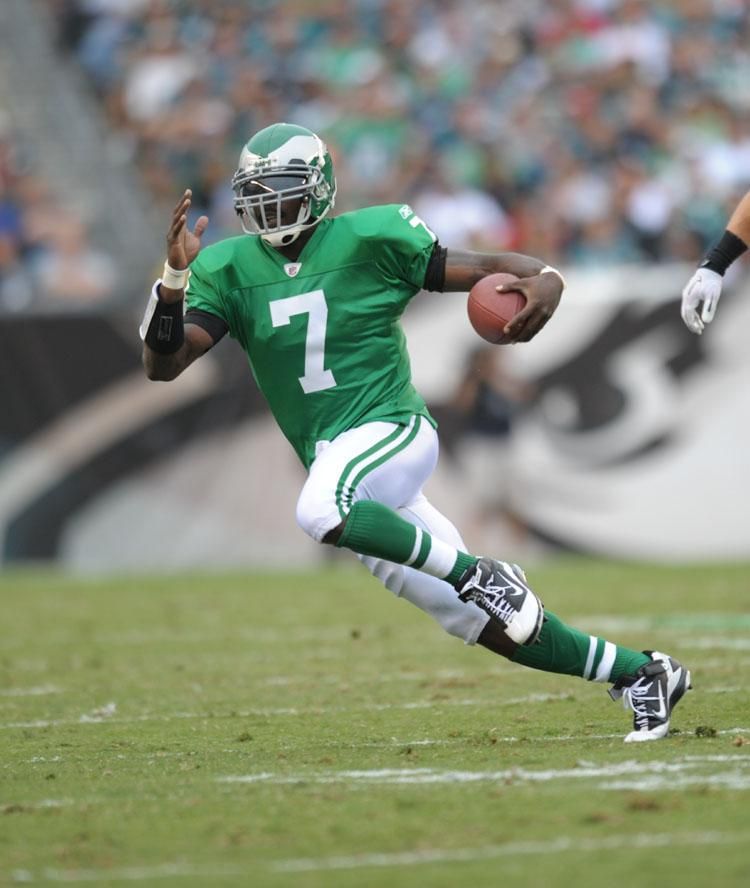 On Michael Vick signing with the Philadelphia Eagles:

“I am tickled to death that the Philadelphia Eagles have signed him. This young man is an extraordinary talent. He made mistakes that all of us do. What player, in the history of any sport, has had to spend two years in prison for what he did? None! And he’s paid his dues. He has every right, and I’m pulling for him to go back and get his career back going. He’s an extraordinary athlete. He’s going to a great, stable organization. An organization that has ownership stability, the coach is a terrific coach and stable. Players, leaders, playing with Donovan McNabb. I just think it gives him the greatest opportunity. I think he will knock the cover off the ball with Philadelphia and I’m pulling for him. Now for all the PETA people and so forth, let me share my dog experience. I’m a dog lover. That Shepherd is all my life. Up until four weeks ago I had three Shepherds. I have a thirteen year old Shepherd, two one year old Shepherds and a Tea Cup Chihuahua. I lost my thirteen year old Shepherd and the people here who are close to me, I cried for four days. It was the worse loss I’ve ever had in my life. So I love animals and I am just appealing to people, this young man has paid his dues. He does not deserve to burn in hell for the rest of his life.”

Tarkenton had been critical of Vick’s play previously as the number one quarterback and was asked if he likes the role Vick will fill in the Eagles offense:

“What I was saying, this franchise (Atlanta) put everything on Vick. He was the face of the franchise. Nobody would be ready for that. I wouldn’t have been ready for that. John Unitas wouldn’t have been ready for that. He had that pressure put on him and he was destroyed by all the stuff. It really had little chance of working. It was wrong. I never doubted his talent. I think he’s got extraordinary talent. The accuracy things, yes, but over years you get better. What they’re going to do with him, the spread formation is here. Look at what Tim Tebow has done in college football, or look at what the Miami Dolphins did last year in football with two tailbacks. (Bill) Belichick couldn’t, the first time they played Belichick he couldn’t defense it. And now you put a Michael Vick for a package of ten or fifteen plays a day with Brian Westbrook, how dangerous is that? I think it’s a great move by the Eagles.”

On why he feels some fans in Philadelphia are against this move:

“I think you have a big firestorm today, but it will blow over and he will be accepted by his teammates, he’s already accepted by the management and Donovan McNabb and the city of Philadelphia will accept him and embrace him. Philadelphia is a great sports town, and they also booed Santa Claus. This town is passionate about its sports and football and they will embrace him and he will make them a better football team.”.