Hollis Thomas left the New Orleans Saints in the same offseason Gregg Williams arrived, and so Thomas can’t give us a first-person account of the bounty scandal that has rocked the Saints and the New Orleans football community. That said, Thomas did play under Sean Payton and with several of the players that could be implicated in the aftermath. And because he is at least partially removed from the scandal, he’s able to offer a more candid recollection of any potential shenanigans.Hollis Thomas joined 97.5 The Fanatic in Philadelphia to discuss the repercussions of bountygate. He elaborated on the performance-based programs he was exposed to during his career, gave his two cents on the penalties doled out by commissioner Roger Goodell and spoke about the way the game has changed in recent years. 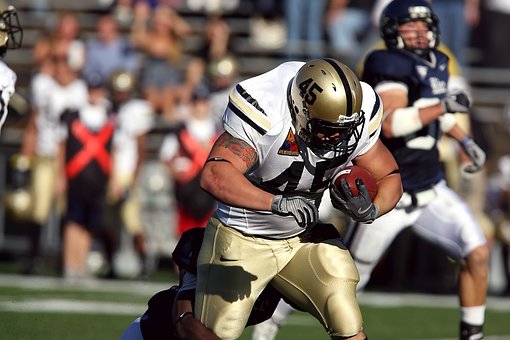 On if he was surprised to hear about the bounty scandal:

“Stuff wasn’t going on when I was there, but I’m not surprised. You do what you have to do to win. I don’t think it’s not wrong, and I’ve heard the audio — what he said — and I think people are kinda taking it out of context who don’t play the game. I’ve heard a lot worse.”

On if Gregg Williams was just trying to fire up the defense:

“Yeah, they fire up the defense before a playoff game and stuff. I’ve been told war stories, I’ve been told about somebody breaking into your house and they got you tied up — what are you gonna do? Stuff like that.”

On the hits the occurred during the time in which the bounty system was in place:

“The Saints weren’t doing illegal hits, all the hits were legal. Nobody flagged them or nothing. They was doing all legal hits. And it’s been taken out of context because of what you hear the coach saying, but the coach has to do whatever he has to do to get that team motivated so they can win and he can keep his job, too.”

On if he was ever paid for making a big play:

On the pools that were in place during his career:

“It’s a pool. It’s not even a bounty, it’s a pool that you put in. And it’s like every defense on any team, you all have a set of goals. No. 1 goal is to hold the team to 17 points or less, get two turnovers, hit the quarterback at least five or six times and have two sacks. No explosive runs and no explosive passes. And the final one is win, win, win. Do all of that, you might have some different criteria for the defensive guys, like quarterback hits are worth this, kill shots are worth this. You know? But everybody keeps saying bounty — it’s pretty much a pool.”

His thoughts on the penalties handed out by commissioner Roger Goodell:

“The penalty looked slightly severe and harsh because every time you see the commercial and stuff it’s of hard hits, pretty much violence. And they pretty much just taking it out of context. It’s like, he did something to win and they’re pretty much just trying to cover their rumps, because all the lawsuits of concussions and stuff, guys getting hurt. If they really cared about the players, there wouldn’t be so many workman’s comp cases … it wouldn’t be so hard for you to get a workman’s compensation because your hands are numb or because your head is numb.”

On how the game has changed in terms of leeway when hitting quarterbacks:

“Back in my day, when the quarterback threw the ball you still had one step to knock his block off. You can’t even touch him now. He might as well have on a flag. The game has slowly evolved into, like, rough flag football, so to speak.”