This year’s offseason labor dispute certainly hasn’t caused the same type of stir as the lockout from last year, but that doesn’t mean it won’t have some big-time ramifications if nothing is settled. At least that’s how former NFL official Jerry Markbreit views it.The NFL’s officials are locked out and haven’t had negotiations since June 3. Markbreit lays out, in the following interview, what the officials are looking for, with much of it surrounding pension plans. He also details how the NFL has hired replacement officials that are “not even qualified collegiate officials,” which he says will compromise the nature of the game.Jerry Markbreit joined WSCR in Chicago with McNeil and Spiegel to discuss what’s going to happen with these replacement officials, the negotiations or lack thereof towards getting the dispute resolved, what the main issues are, the notion of officiating not being a full-time job, officials needing preseason games and if other folks have the officials’ backs. 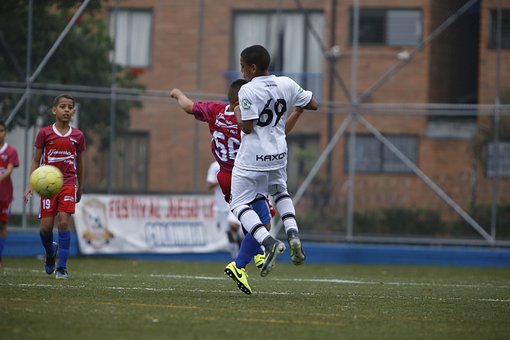 If this dispute is not rectified, is all hell going to break loose?:

“I agree 100 percent. You know, you have to realize that there is no game if the competitive nature of this game is not controlled, and the NFL officials, the best in the land, are the ones that control this game. And when you put replacements in there, you’re compromising the nature of this game, and that’s what the league is planning right now. They’ve hired 120 replacement officials, none of them from Division I colleges. The colleges and conferences will not allow their officials to work for the National Football League.”

On the situations regarding negotiations:

“There hasn’t been a negotiating meeting since the 3rd of June, so you take it for what you think it really is. They hired these replacements, started hiring them, before the talks broke down. That’s the nature of it right now. And they are locked out. There has been no communication from the National Football League officiating department to the officials since June 3rd.”

What are the issues? Is it simply dollars?:

“It’s dollars. It’s also pension. The league wants to freeze the defined benefit pension and stop it and replace it with an alternative IRA defined. With current rates of interest, it would basically shut off the pension plan for officials.”

The other side would argue what, that it’s not a full-time job?:

“Of course. Well, it never was before because we always got a full-time pension. I have a full-time pension from my 23 years in the league. The problem is, people look at the NFL officials that it’s a part-time job, these guys just put their uniforms on on Sunday and run around like zebras for three hours and then go back to real life. The truth is that it’s a full-time job for eight months of the year, masquerading as a part-time job. They study, they look at film, they go to meetings, they’re involved all year long. The reason it never was full-time was that it never paid enough money for someone to support themselves. They had to have other jobs. … They spend 40 hours a week preparing for that game.”

Is the salary for an NFL official, regardless of their spot on the field, uniform or predicated on years of service?:

“It’s all predicated on years of service. The longer you’re in, the greater escalation of pay.”

How much do the officials need preseason games?:

“They need them very badly. You get the kinks out. It’s like you haven’t worked since last January. You’ve got to get on the field and get those few little minor mistakes out of the way, otherwise those mistakes are going to occur during the regular season.”

And so you’re saying the league already has replacements hired and ready to go?:

“They’ve already been hired; they’ve already signed contracts with guaranteed money. And they’re frowned upon by officials. … When you’re replaced by someone, you have no leverage. They feel like they can get people that are competent to work. They’re mistaken. They can’t. These are not even qualified collegiate officials.”

Will other unions, such as the players union, have the referees’ back?: