Pittsburgh Steelers wide receiver Jerricho Cotchery apparently got out of New York at just the right time. He parted ways with the New York Jets after last season. The Jets failed to make the playoffs and finished off the season in embarrassing fashion while the Steelers will play in Denver on Sunday.Cotchery says he didn’t see the writing on the wall last year when it came to the Jets’ issues in the locker room. And he says he doesn’t know the Santonio Holmes that is being talked about now, but rather knew him as a teammate that everyone seemed to get along with. My how the times have changed.Jerricho Cotchery joined WFAN in New York with Joe and Evan to discuss playing for the Steelers, what the locker room was like in New York last year, Santonio Holmes, playing in his 10th road playoff game, the Steelers’ injury-riddled offense, if he wants to play the Ravens again and his future. 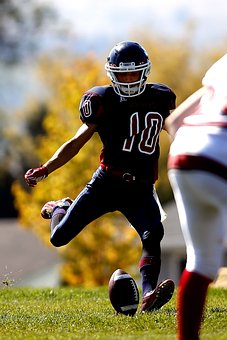 How are you liking Pittsburgh?:

“I love it out here. From Day One, everybody embraced me and they’ve made this transition so easy. It’s just a fun organization to be around.”

When you were with the Jets last year, did you see anything that led you to believe there were issues in the locker room?:

“Well, I mean, hindsight right now, I made the decision to move on and I felt like everything was headed in a direction that didn’t have me a part of it. I just felt that’s the way things were headed. … I don’t know what went on this year with those guys. When you’re losing, it’s very easy to point fingers. You have to fight all of those things and it’s easy to start things in the locker room.”

What did you think of Santonio Holmes as a teammate?:

This is going to be your 10th playoff game and you’ve never played at home. Isn’t that incredible?:

“Yeah, you know, guys are aware of that over here. We were really fighting for that home playoff game but things didn’t work out. … We feel blessed to be playing in this tournament.”

How would you compare the experience in Pittsburgh with playing in New York?:

“I don’t want to compare them. I can just tell you about the organization they have over here. It’s a true family atmosphere. They really care about the players. … For an example, Ryan Clark, he was going to risk his life to be able to play in this Denver game, but the coaches and organization stepped up and made the decision for him.”

The injuries are piling up on the Steelers’ offense right now. What’s the state of that?:

“We’re doing a lot of things well. The one thing that’s very important, especially this time of year, is scoring touchdowns and putting the ball in the end zone. We haven’t done a great job of that. … This team is built for situations like these, when guys go down, having the next guy step in.”

One of the reasons you guys are playing on the road is you couldn’t beat the Ravens? How bad do you want to meet up with them again?:

“The goal is the Super Bowl. If that comes about where we have to face those guys, we’ll be more the ready. But the focus right now is locking in on Denver. … A lot of teams have went into the game disrespecting these guys.”

You signed a one-year deal with the Steelers. Is it possible you could be back with the Jets next year?:

“That would be something I would pray about. I really don’t know right now. Sometimes when you move on from something, you move completely on from it. I don’t know what we’ll take place after this year. We’ll deal with that when it comes about.”