Don’t expect to see head trauma controversy disappear any time soon. The issue is gaining steam in the media and we’re hearing more people say they don’t want their kids playing football due to concerns over concussions. Former Kansas City Chiefs defensive end Eric Hicks doesn’t regret playing football in hindsight — his kids even play the sport — but he does admit that he’s more cautious now about the dangers of the game.When former Chiefs defensive end Eric Hicks joined Soren Petro on WHB in Kansas City, he was asked about the head trauma issue in football and if he’s more concerned now that he’s learning more about the potential side effects of such injuries. 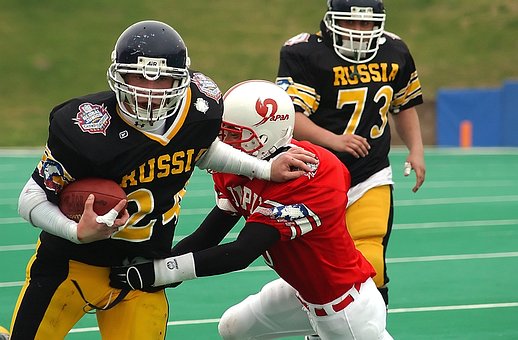 On if bounties are/were common in the NFL and the Saints were just the team that got caught:

On if he’d play football if he could do it over again:

On if he’d have his kids play football:

On if he’s more concerned now than he was before being exposed to new information regarding head trauma:

“Absolutely. As we speak right now I’m on I-70, I’m driving back from St. Louis. I just had my NFL neurological care program work-up yesterday, and I can tell differences in my personality. My wife will definitely say she can tell differences in my personality. It’s a gift, it just needs to be managed the proper way. I wish I had the helmets they have these days. But there are programs and benefits out there that can help people — you just need to take advantage of them.”