As college coaches around the country seem to be doing just about anything they can to duck away from questions about Penn State during their conference’s media days this week, one former coach doesn’t seem to be holding anything back. Former Oklahoma and Dallas Cowboys coach Barry Switzer doesn’t agree with the NCAA’s penalties.Switzer argues that the wrong people are paying the price for what happened at Penn State because none of the people involved are around to feel the effects of those punishments. Switzer doesn’t seem to have a great solution for what should have been done, but simply says the NCAA rushed to judgment to appease the media.Barry Switzer joined 790 The Zone in Atlanta with Mayhem in the A.M. to discuss his reaction to the Penn State penalties, the diminishing legacy of Joe Paterno, the power and money in college athletics, why he doesn’t think players should be paid and the NCAA’s rush to levy sanctions. 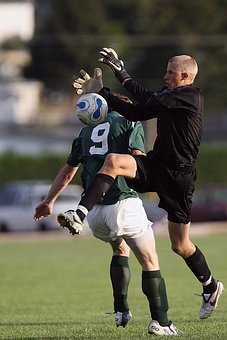 What was going through your mind when you heard about the penalties against Penn State?:

“Obviously I thought it was excessive was my first reaction. Then I thought more about the penalties and discussed it with a couple college administrators and people I have great respect for. I think, first of all, let’s put it up front, what happened at Penn State was probably the worst tragedy that’s ever happened in intercollegiate football. … Never have we ever dealt with anything like this in the past or hopefully in the future. So let’s worry and think about that, and we’re all concerned about the victims here. The penalty was assessed and all those that the penalties were assessed for aren’t there anymore. … It was like the pied pipers. The media was calling for a gutting of the program and they got that. Like they think this is going to change the culture or legacy of college football. It’s a joke, even laughable to even think about. … The same zealous attitude on winning and being the best and winning national championships will occur. That’s not ever going to change in college football.”

On the diminishing legacy of Joe Paterno:

“They wanted to eradicate Joe’s legacy. That’s the total motive behind the penalties. I don’t know where the $60 million goes. I’d like to know what the NCAA does with that. But taking the scholarships and removing the statue, I agree with all that. Removing his name from all the awards and medals and honors … I agree with that. But for a junior or senior to wake up at Penn State, who has played there, was a good student, he’s picked that school because that’s the school he wants to graduate from and all of the sudden he looks in the mirror and says, ‘I’ve got to make a decision that may be life-changing.’ … It’s devastating to those parents and those players who had nothing to do with what occurred at Penn State.”

Do you think there’s too much money and power in college athletics?:

“Let me ask you something. College football coaches make more than anybody on campus. They can make $5 million. Are you going to change that? Are we going to go back to making $24,000 a year — what I made when I coached at Oklahoma? … Winning is so important. It’s important to these programs all over the country. And if they don’t win, they’re going to fire their coach.”

But what about those schools that are doing those types of things and losing money year-in and year-out?:

“I’ve never been one for paying the athletes. … Title IX will never allow you to pay a football player. I think the athletes, on a need basis, could be helped and should be helped and that’s why we have the Pell Grant. But I look at it, they get the scholarships, worth hundreds of thousands of dollars today. We know what tuitions costs. There are a lot of students — I walk across this campus and every convenience store, there’s kids that are working their way through school. … Athletes get a full ride and they earn it on the football field and earn a lot of money for the school, but that’s the way the culture is.”

What penalties would you have liked to have seen?:

“I don’t know, either, but they’re punishing the wrong people. … All they want to do is destroy and eradicate Joe Paterno’s legacy. That’s what happened. That’s what they wanted. They think the media’s the pied piper. … It took five years to act on USC. … There wasn’t one supporter, alumni or player involved in what happened at Penn State and they’ve paid the ultimate price, a price that has never been levied against any university in the country.”