To an extent, I’ve always understood the debate when it comes to an appearance of running up the score as opposed to it being more of an embarrassment to the opponent to simply quit playing altogether. That said, the discussion when it comes to an 84-0 victory is downright awkward.That’s exactly the score Oklahoma State put up on Savannah State last weekend, but Cowboys coach Mike Gundy says he and the team did everything they could to keep the score down. Gundy took his starters out in the first quarter and says they basically just started running the same play over and over again, but simply kept scoring. We’ll see what happens this week as Oklahoma State travels to Arizona.Mike Gundy joined XTRA Sports 910 in Phoenix with Bickley and M.J. to discuss criticism for running up the score, the difficulty in a situation like an 84-0 victory, his scheduling philosophies, replacing Brandon Weeden and Justin Blackmon, his goal when it comes to a number of offensive plays per game and West Virginia playing in the Big 12. 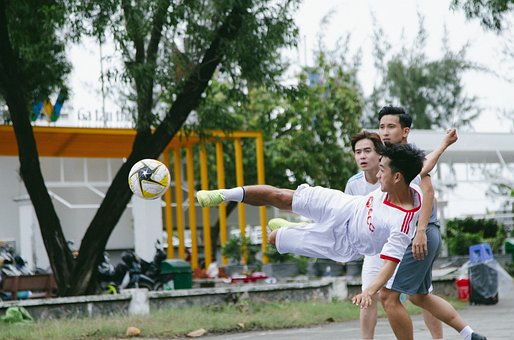 Are you receiving criticism for running up the score?:

“Well, we didn’t run up the score. We took most of our starters out in the first quarter. So we did everything we could to keep the score down. It was a tough situation for everybody. Scheduling has become very difficult in the Big 12 with the realignment over the last few years, and to find teams to fit on certain home dates. We certainly want to play home games and then two-for-ones versus one-for-one and how much money’s involved, it’s been difficult for everybody. But, we did the best we could to keep the game in check.”

How difficult is it, especially looking across the sidelines as the game goes on?:

“Oh, it’s extremely difficult. That’s why, we’re a no-huddle team. We tried to manufacture a way to huddle up and use the clock and break out at a certain time and then just ran the same plays, basically, over and over and over. We ended up scoring and really not even attempting to.”

What is your theory to scheduling some of these games like Savannah Stave?:

“Well, the first thing is I don’t schedule. I only play the games they schedule for me. Our administration schedules that. I know some teams, some head coaches, have that in their contract. I don’t have that in my contract. … In our conference, over the last several years, we’ve consistently had seven or eight teams in the top 40 and usually five or six in the top 25. … We feel like that we don’t want to overload our non-conference schedule, and we play nine conference games, so we do the best we can to not overload ourselves early in the year.”

How do you go about replacing guys like Brandon Weeden and Justin Blackmon?:

“It’s difficult to replace those guys. They were not only great players, but great team players here for us. We have a freshman quarterback now that we’re trying to bring along and get him acclimated as quickly as possible to college football. And then we have other guys. We have some veteran wide receivers. … We’ve got some guys that should be able to help us out there on the perimeter in the throwing game, but certainly not anybody like a Justin Blackmon, who is a two-time Biletnikoff winner.”

Between Toledo and Arizona — your opponent this week — they ran 182 offensive plays total. How many offensive plays are you trying to average per game under your system?:

“Eighty-five to 90 is what we try to average. When you look at the game with those teams last week, that’s what they came up with. You had one team that had 94, I believe, and then the other team that had 89 or something like that. That’s really what you get these days with these no-huddle teams.”

How do you see West Virginia faring in the Big 12?:

“They’re going to do well; they’re a good football team. We’ve already seen that. They scored 60 points, or whatever, on Marshall. They have a veteran quarterback that’s experienced. They’ve got two or three skill players on offense that stand out. They’re going to score points and have a chance to have a lot of success. They’re one of the veteran teams in this league. When you have a quarterback that’s played 20 or 30 games and has maturity, it always gives you a great chance to have a good season.”