First-Round Surprise Bruce Irvin Explains His Recent Arrest and His Feelings on Draft Night: “I Had No Contact With Pete”

The annual first-round reach of the NFL draft came at pick No. 15, when the Seattle Seahawks caused jaws to drop by selecting West Virginia outside linebacker Bruce Irvin. Irvin wasn’t expected to be picked until Round 2 or 3, but he was off the board before the opening round was half over, joining Pete Carroll in Seattle. Irvin and Carroll had known each other for quite a while, so the atypical Seahawks head coach wasn’t afraid to take a chance on a raw athlete with a less-than-shining reputation off the field.Bruce Irvin joined KJR in Seattle to discuss his experience Thursday night, to back up his recent criticism of the coaching staff at his alma mater and to address the recent trouble he ran into in Morgantown. 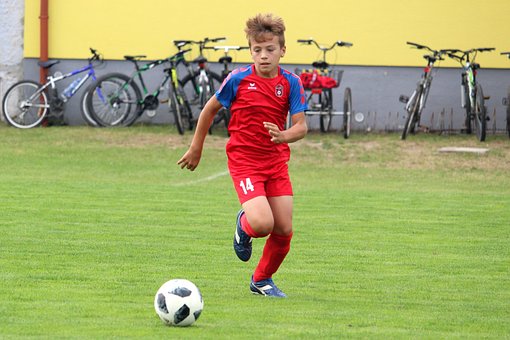 On how surprised he was to be picked 15th overall in the draft:

“Actually, I wasn’t even watching the draft. I was outside talking to my family. I told myself I’m not going in the house till like pick 26 because that’s where I thought that I had a chance to go. But I had my phone beside me and I see a Washington number call and I said this can’t be real. As you probably know, me and Pete Carroll, we go way back to my junior college days, and coach Rocky Seto, he went to the same junior college as me. So it’s a lot of history there, man, and it was just a great feeling. A lot of people felt as if it was a reach, but I’ve been dealing with that type of stuff all my life, man. It’s just another uphill climb, hopefully. And I’m gonna prove everybody wrong, like I’ve done so far to get to my situation.”

On his mentality at the time:

“I was like, I’m going to go in the house about pick 26. That’s when the Texans pick. I’m gonna go in like pick 26. And I just looked down at my phone and it said, ‘SEATTLE, WASHINGTON.’ I was like, I know Pete didn’t pull the trigger. So I answered it and they asked, ‘How would you feel about being a Seattle Seahawk?’ and I was like, ‘Man, that’s crazy.’ It was crazy, man. I had no contact with Pete. I didn’t work out for him. I didn’t visit or nothing, so it just kinda came out of left field.”

On recent comments he made that were critical of the coaching he received at West Virginia:

“No disrespect to my coaches. They emphasize on stopping the run, and they was good at it. They developed me more as a player in my final year, but as a far as pass rushing — that wasn’t their thing. And I’m not the only player who would say that. It’s no disrespect to them but my coach wasn’t a pass-rushing coach . . . And like I said, just imagine if I get a coach who actually teaches me moves and teaches me counter moves and how to set up people. Man, I could be a double-digit sack guy in this league for a long time.”

On the notion that he can’t defend the run:

“It ain’t that I can’t play the run, it’s how they wanted me to play the run. We ran a 3-3-5 stack defense, I was 235 pounds and you got me in a three technique? I can’t help you. You got me going against two 300-pounders and I’m only 235? I don’t know anybody who could play the run against two 300-pound guys at 235 pounds. But you put me in a five technique and you ask me to hold center edge and don’t let anything get outside of me, I can do that. I think people just kinda misunderstood and didn’t really know the basis of our defense. We was the only team that ran a 3-3-5 stack in the country. I was a different type of player and that’s not a typical defense for me, but I feel like I was still pretty productive — 23 sacks in two years, so you know, I made the best out of the situation.”

On his recent arrest for disorderly conduct and destruction of property:

“It was the same night as my pro day, and you know I had a real good pro day. So I went out. I’m not gonna lie, I went out with a couple other guys. Wasn’t drunk. Wasn’t under the influence of anything. Kinda just fooling around, man, and kind of like, swim-moved a sign on the top of a car when demonstrating a swim move cause we was talking walking to the car . . . It was a sign on top of a delivery car, and I like swim-moved the sign. So, the police officer, he was a younger guy — I think he kinda see who I was and kinda wanted to make an example out of me. So, they blew it out of proportion. Like I said, I wasn’t drunk, he didn’t give me no sobriety test or nothing like that. I went to court Tuesday and all of it got dismissed, so God took care of it. But it’s just another sign to just know that the spotlight’s on me and they really magnify it on me. Everybody don’t want you to be successful, man. It’s my fault — I shouldn’t have went out, but like I said, I don’t regret it, it’s just a lesson learned and I’m moving forward from it.”