You know what? I bet when Erin Andrews started to be the No.1 focus of the blogosphere and the sports-dude-drooling world, she freaking loved it. I mean, how could she not, right? Attention is always fun, even if it’s waning.
Of course, once said attention fails to wane and then turns into what amounts to semi-stalking on a quasi-national level, well, yeah it becomes a lot less fun. Hence her willingness to have attorneys take stuff off the internet, and her likely dismay when jackasses start asking whether or not she’s engaged because they screen-grabbed a shot of her with a giant ring on at a big EA Sports party. And hence her responses in a recent interview about being the object of attention on the ’sphere … fortunately, the hosts were kind enough to ask about the improvement of the female presence in sports media as well. 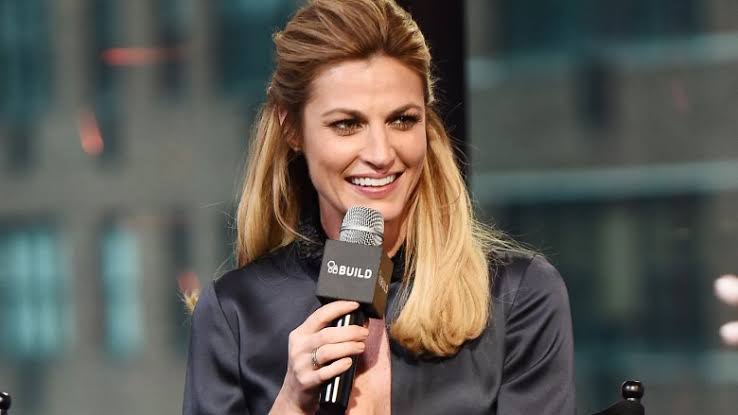 On if it’s tough to be the object of so much attention on sports websites and blogs:

“Umm, yeah.  I mean, honestly, it’s 50/50, it’s a catch 22. I really appreciate how much, I guess, people are interested and want to write down every little thing that I do or every photo. But sometimes it’s the people that take it to the next level and start writing things and everyone thinks that they’re true, that’s kinda the difficult part. So you kinda hope that the people that are reading that stuff, and then how many times it gets picked up, realize that it’s somebody else’s take and not everything that’s written out there is correct. But somebody in the business put it to me pretty well — now you understand how superstars and celebrities have to deal with these kind of things. We write and say things all the time that may or may not be true, we hope it’s factual, but it’s very difficult. Sometimes it’s pretty hard.”

On the progress that’s been made by female sportscasters:

“Oh yeah. I’ve actually been very fortunate to have people like Lesley Visser and Shelley Smith and Hannah Storm in my corner and I’ve gone to them for advice. I go to a game now and there’s like, 45 girls in the locker room.  When they started there was nobody. So I think we’ve made a ton of progress, I think the athletes are very comfortable with us, I think the coaches are, and the way I believe that is I’ve got some pretty incredible relationships, you know, working relationships, with coaches and athletes. Well, they’ll tell me some dirt and it’s just like, “holy cow!” I mean, I didn’t think that people could get that kind of stuff for a so-called female sports reporter.”