Eric Winston on the Chiefs Decision to Play Last Weekend: “It was the Best of the Worst Options we Had”

It has been a really tough time for everyone with the Kansas City Chiefs. Last Saturday morning the entire organization was rocked by the tragedy of the murder-suicide involving former teammate Jovan Belcher, just one day before they were set to play against the Carolina Panthers. Despite such a horrible tragedy where a young woman, Kasandra Perkins, was murdered, Kansas City went out last Sunday, rallied together and beat the Panthers in one of the most emotional and improbable wins of the NFL season.Eric Winston joined KILT in Houston with Josh Innes and Rich Lord to talk about the decision by Kansas City to play last weekend, if he had any issue with his teammates wearing T-Shirts to honor Jovan Belcher, the way Romeo Crennel handled the entire situation, increasing awareness for domestic violence and what the mood surrounding the team was like on Sunday before the game against the Panthers. 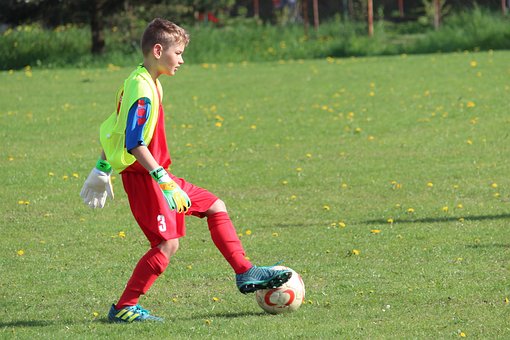 On the decision to play last weekend:

“It was more of the team captains got together and Coach Crennel got together with a lot of them and talked to them and the team leaders, and I think it was the best of the worst options we had. I don’t think there was ever a time where we were going to cancel the game. I think a lot of people just thought that postponing it til Monday or Tuesday was postponing the inevitable of having to play that game. I think a lot of guys looked at it as a relief to go out there and do something for three or four hours and try to get our minds off it a little bit.”

If he had any issue with his teammates wearing T-Shirts to honor Jovan Belcher:

“No. I think the hardest thing, I know it was for me and a lot of guys, is how do you reconcile the man you knew to the events that happened? How do you do that? I don’t know. A lot of guys are still in shock and I think they’re kind of understanding the events, too, so I think it’s easy to view it from afar and pass judgement and say, ‘Well, this is the way they should be acting.’ But to have to be there and have them spend all that time with him like a lot of these guys have, it’s a lot more complex and a lot harder than it appears.”

On the way Romeo Crennel has handled things:

“I think the one thing that you can always say about Romeo is he’s a steady hand and he’s a guy that is never going to waver from that. I think he showed amazing leadership and amazing steadiness considering he was probably maybe the most affected outside the family with this, because how do you unsee the things that he has seen? His amazing steadiness and his amazing leadership going through this, and we still have a ways to go, but he was pretty incredible over the weekend.”

On trying to raise awareness for domestic violence:

“I would love to help out if I could. … I think it’s something that has gone in this country probably a little too unnoticed and not recognized enough, so you can count me in with helping. I will gladly throw in, what do you think? 500 sound good?”

What was the mood around the team prior to the game against the Panthers last week?:

“I just told all the guys to really let out all the emotions that they had been keeping in and let it out. Be emotional and really go out there and, you’re right, we probably did play our best game, and I think on offense we were finally the offense that I thought we could be all year and we just haven’t been able to make it work. We made some big plays and we continued to run the ball effectively and Jamaal Charles, God bless him, you know he’s had a double-dose of it, being so close to Kasandra (Perkins), and he had an amazing game. Peyton Hillis converted a lot of key third- and fourth-and-shorts and we kept control of the ball. No turnovers, one penalty and it was a good day for the Chiefs.”