Eric Winston is on the free-agent market for the second consecutive year after being released by the Kansas City Chiefs. Aside from an uptick in penalties, Winston had a solid year at right tackle for Kansas City, which is why he doesn’t believe his release had much to do with performance. If teams also buy that, Winston could be in for a big payday for the second straight offseason. Eric Winston joined Danny Parkins on KCSP in Kansas City to discuss his release from the Chiefs, the possible rationale for being cut and being released by two teams in less than one year. He also touched on whether he was asked to redo his deal or switch positions, what could be next for the Chiefs at that position and what went wrong  in Kansas City. Finally, he said he wouldn’t apologize for a memorable rant against fans who cheered a Matt Cassel injury. 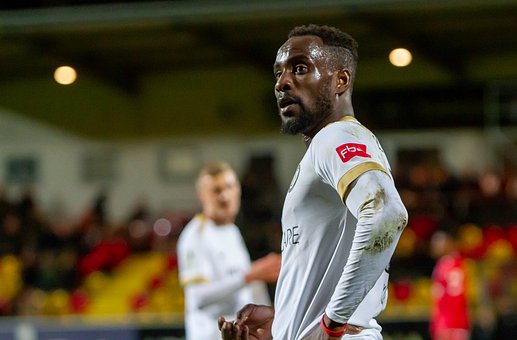 On why he thinks he was released:

“I think it’s just more of a philosophical thing. … I’m just assuming, from the way the draft’s shaping up and then they decided to hold onto Branden Albert, it looks like they’ll probably end up taking a tackle. And if that’s where they go, you’re not gonna pay three guys a bunch of money. So if this draft maybe was different, maybe my situation would be different, or if they decided to let Branden test the free-agent market, maybe it would have been different that way. You can never tell with these kinds of things. I think there’s more of a philosophical thing going in a different direction. They probably wanted to go a little younger, and I respect that. … A lot of teams sometimes aren’t up-front about it, they were up-front. I thought they did it the right way, and I have no problems with them.”

On if he was led to believe he was in the team’s long-term plans:

“Not necessarily. They were pretty noncommittal. The one thing I’ve always known about when a new regime comes in, they’re gonna take a hard look at everybody. … I never pressed them for an answer in the past, whether I was gonna be here or not. I think they looked at all their options, decided this was the best one. I’ve got no beef with them. … I had a good talk with John Dorsey and that’s that.”

On him not believing that this was related to performance:

“They made the comment that they thought I played well last year. I don’t think this has to do with performance or anything else; I think it just has to do with more where they see them going, I think not only in free agency but probably in April as well. … They could have held me for a while into April and got to the draft and end up taking a tackle and then releasing me there, so I respect the way they did it.”

On being cut twice in less than a year:

“I feel like [if] the old regime was still here, I’m probably still here. I think it’s more of a philosophical thing coming in, probably a little bit of bad luck. In Houston, I had a long talk with Kubiak and was assured that it didn’t have anything to do with my play there, that they had a cap situation and they felt like this was a position that they could cut and still get by. And they were right — they won 13 games this year and they put in a young right tackle that did a good job for them, and that’s that. So I think sometimes you have some bad luck in a way.”

On what went wrong with the Chiefs in:

On if he was asked to change positions or restructure his contract:

“That never came up, as far as changing positions or even restructuring. … I started at right guard one time this year and that was the first time I ever played a guard position. … I don’t see myself as a guard. I don’t think most NFL people see me as a guard. I think I’m a guy that’s mobile enough that if something comes up I can be put in that position in kind of an emergency situation, but I’m just not a guard type.”

On his expectations for the offensive tackle spots in:

“If I’m them, I’m keeping Branden as a left tackle. … And if they draft somebody then you probably plug them at right tackle.”

On if he thinks Donald Stephenson can replace him successfully at right tackle:

“I definitely think he has the talent to do it. That’s one thing with Donald that is not a question, his talent. But I think everybody has a learning curve that they gotta hit.”

On if he feels he owes anyone an apology for ranting against those who cheered a Matt Cassel injury:

“No, I don’t. … I said what I felt; I still feel that way. The only thing that I felt bad about — and I thought I was pretty clear in my rant, if you want to call it that — I thought I made it pretty clear that I wasn’t talking to every single person in the stadium or every single Chiefs fan, but sadly, the audible amount of people that you could hear on the playing surface and that you could hear cheering when Matt went down.”