I will show that I will be worth this contract”The free agent bonanza is underway in the NFL and a number of deals have been agreed to. One of the most eye-catching deals has been the one that safety Eric Weddle received from the San Diego Chargers, a five year,  dollar deal, with $19 million guaranteed. While that may seem like a huge number, Weddle is a big part of San Diego’ssuccess on defense. He was the quarterback of the secondary, he is 26-years-old, and he has gottenbetter every season as his career has gone on. The price tag is high and it has some peoplequestioning it. The bottom line is Weddle was not a player San Diego could afford to take out of theisecondary, he was the best safety on the market, and has shown flashes of Pro-Bowl ability.He’s worth the price tag.Eric Weddle joined  in San Diego with Darren Smith to talk about howcrazyfree agency has been, whether or not he took a lesser to deal to stay with San Diego, if hthought about going somewhere else and started picturing himself in another uniform, if he thinks he can get better, and what he thinks of people saying he was overpaid. 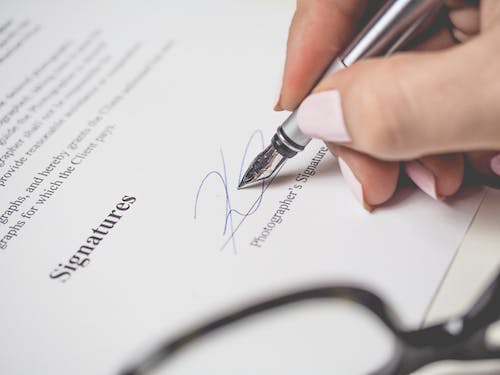 On the craziness of free agency:

“It’s as crazy as can be. It’s as crazy as anyone can imagine. Emotions, rollercoaster ride, to a team calling to another team calling, teams interested, then you get negotiations, then you talk, then a team comes with an offer that’s better than another team, and then you’re thinking okay is this how it’s gonna end up? Are we gonna move? I’m sitting there talking with my wife last night and at the end of the conversation my agent said this might be the team are you really ready for this? Are you ready to move? When free agency started through this you never know how other teams perceive you and I knew how the Chargers felt about me as a player and a person, but you never know what the NFL thinks and when free agency hit, to have the teams call me and were highly interested it hit me that this was reality now that I may have a possibility of moving on and going to another city. All along I said I wanted to stay here but when it gets down to it and you’re in the moment it really hits you hard. It was a long day, a long night, a lot of walking around by myself gathering my thoughts and emotions and always hoping that it would work itself out. I couldn’t be more thankful, gracious, and blessed to have the Chargers come back and start negotiations and come back up to where the other teams were. They got close enough to at where they were. I said if they ever got close enough or at where everyone else was at that there was no doubt I would come back and I’m a man of my word. I always wanted to be here. I couldn’t be happier and more excited to get this season going and get this Super Bowl run underway.”

Whether or not he took a hometown discount:

“Yes. Yeah, yeah. I’m not gonna say the names, but it was the same deal but obviously in a different city and state you make more money. It’s not about the money to me it’s about being in a fair contract and this is more than fair. Obviously I’ve never tried to boast about myself, it’s always about the team. At this time the Chargers showed what I mean to this team and this organization. I can forever be indebted to them. I will prove them right and I will show that I will be worth this contract. No doubt about that.”

If he ever thought that he was going to go elsewhere in free agency:

“Yeah I did. You have to prepare yourself when it was getting to that point. You have to mentally get a grasp on you might be leaving and letting go of a lot of things that you have grown accustomed to. The city, your teammates, the coaches, and this organization. Last night was tough on me and my wife but you have to do it if you’re serious about going through this free agency like we were. I’m glad it worked out and I’ve always wanted this to happen as did the Chargers. I’m glad it got done for sure.”

Whether or not he thinks he can get better:

“I think there are heights I can get knowing my capability and ability as a player that people haven’t seen me play yet. I know because I have done it before. It just has to come together and I just have to put together the season that I know I’m capable of. Make every play, be the great defender, the run stopper, don’t give up touchdowns, be the leader, communicate. Everything comes together and when it does everyone will realize what kind of player I truly am. I know I have things to work on. Everyone does. But I’m not immune to getting better, working hard, and realizing that you have weaknesses that you need to do. I know I will work on them and I know that Jesus if I hold onto the ball then people have a different perception of me. I have a bright future ahead of myself, I’m confident, I know the team is behind me, and my teammates are behind me. I expect great things, not only for myself but for this team. It’s a bright future ahead of us and I can’t wait to get going.”

On the perception that he got overpaid:

“I mean everyone is entitled to their own opinion. That’s what the media and fans can talk about. All I can say is I’m grateful for this opportunity and excited for this moment. Like I said all you can do is work hard, work your tail off, get better, and everything will take care of itself. You worry about the outside perception, what people think you’re not going to get very far. You just worry about what you can control and that’s what I can do. That’s getting better and going out and having a great year. I can do anything possible to help this team win a championship, I’m gonna do it.”