Just over a year ago, Rutgers junior linebacker Eric LeGrand suffered a severe spinal cord injury in a game against Army after trying to make a tackle with his too low. LeGrand crumbled to the ground, lay on the ground motionless for what must have seemed like an eternity for his parents and teammates, and then was carted off the field in an ambulance. Doctors at a nearby New Jersey hospital determined that LeGrand was paralyzed from the neck down. The young man refused to accept that fate though. In early January of LeGrand had motion in his upper body; and then this past July, LeGrand shared photos of himself standing and that he was slowly but surely regaining movement in his arms.Now, over a month into autumn, LeGrand is ready to lead the team out of the tunnel in Rutger’s game against West Virginia this Saturday. LeGrand will be plenty busy before and after what promises to be an electric and inspirational moment prior to kickoff. LeGrand serves as an analyst on the team’s broadcasts and will do the pregame, halftime and postgame shows. Let’s hope all goes according to plan for LeGrand and the Scarlet Knights community this weekend.LeGrand joined ESPN Radio New York to talk about how he’s doing physically with his rehabilitation, how he’s starting to feel some sensation throughout his body, being able to move and contract certain muscles in regions where he was previously told he’d never be able to move again, how he was initially told after his injury that he would not only never walk again but also need the assistance of a ventilator just to breathe for the rest of his life, whether his remarkable recovery has surprised either him or his doctors, why he thinks modern scientific and technological advances have him where he is today and will eventually lead to everyone getting out of their wheel chairs, the website people can visit to donate a single dollar to help advance research, why he’d tell kids to not worry about experiencing a similar fate as his and just go out and play hard while enjoying the game, why it was so important for him to lead his team onto the field at some point during his senior season, and how he’ll be plenty busy with his broadcasting duties in addition to bringing the Scarlet Knights out of the tunnel and onto the field against West Virginia on Saturday. 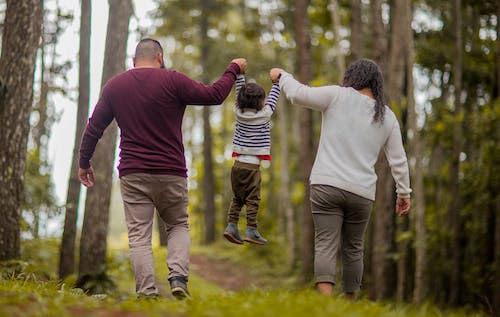 On how he’s doing physically with his rehabilitation:

” I’m doing pretty well right now, just getting up and standing for 40 minutes on the regular basis on the standard frame, now I’m actually going to get on this Christopher Reeves Neurological Recovery Network Treadmill where I have a test to walking my legs and moving my hips. I’m starting that in the first week of November, so I’m very excited about that.”

Is it true that he’s starting to feel some sensation in his body:

“Yeah, not a full sensation like you would feel, but I can feel some sensation throughout my body.”

On being able to roll his shoulders, contract muscles and other very positive signs for his recovery:

“Yeah, absolutely. They’re all coming back as I work them out three times a week in therapy. So you can definitely see the improvement in my shoulder and my back muscles just being able to move them like I can now.”

If it’s correct that he was told that he would likely never breathe again without the assistance of a ventilator:

“Yes that’s what I was told. My mom didn’t tell me that right away, but they told my mom that. Right after my injury they told me that — I’d never be able to breathe by myself, walk by myself, do basically anything. But after five weeks I was able to come off that ventilator, and it was truly a blessing coming off it like that to be able to breathe on my own now.”

On crashing through all the benchmarks of his recovery with ease and whether his stunning progress has surprised him and his doctors:

“Yeah for sure. But I just try to control the controllable, and I just try to take what it’s worth whatever else I can’t control, because you know I’ve got to be patient throughout this whole process. Because if it was up to me, I would have been up on my feet by now. But right now, I can’t though. I’ve just got to be patient and control what I can control with my recovery.”

Whether he thinks the amazing advances in science and technology will allow him to get out of his chair someday:

“Yeah, I believe so. It’s going to get everybody out of this chair. The spinal cord research, it’s expanded so much in the past ten years, and now it’s like we’re at the breaking point. And the big website that can really help that get there, because it costs money to do all these things — you know these big trials that these people are doing — the website is JustADollarPlease.org. Dr. Young is doing all this stem-cell research basically implanting them into people’s spines and spinal cords trying to regenerate the nerve. And they’re so close to a breakthrough. It’s crazy how much right now that the world has come to with the spinal cord research. I just want people to go on that website, it’s JustADollarPlease.org and help everyone out there get their battles in check. Because it’s not only me, there’s so many other stories of people out there in wheel chairs that have amazed me and inspired me.”

What he’d tell a kid that might say he wanted to play football but was reluctant to because of what happened to Eric LeGrand:

On where the idea to lead his team onto the field was born:

“Well I knew I wanted to lead them out onto the field at some point this year. But actually over the summer I was talking to a family friend Mike, you should do it for the West Virginia game, that would get everyone going. I was like ‘you know, that might be a good idea to do it in.’  This is definitely my team; I wanted to do it this year. Even though I’m not walking yet, I wanted to lead my team because this is my senior year. This is the team I’ve been around, this is the team I’ve played with, went through all the winter conditioning and summer conditioning with. So I knew I wanted to do it sometime this year. I just believe the way the stars are placed, being in second place in the Big East, West Virginia is 25th in the nation, so I think it’s just perfect timing for us to go out there and hopefully inspire this team and inspire this whole crowd. And hopefully it will lead us to a victory.”

On how he’ll be doing double-duty as a broadcaster — both for ABC and his usual obligations for Rutgers’ broadcasts — in addition to leading his team out of the tunnel before kickoff:

“Yeah I’ll be on ABC probably in the 2nd quarter of that game. I’ve still got to do my pregame show. So I’ll do my pregame show, lead my team, but then I got to get back up to the box because I’ve got to watch the game. Then I’ve got to break down the 2nd quarter, then I have the halftime show to do, then the postgame show. So yeah, it’s going to be a big burden but I’m accepting the challenge. I’m looking forward to it.”