Eric Fisher’s name has been rising on mock drafts for months now. It’s reached a point at which it really can’t rise much more, because a lot of people are projecting the Central Michigan offensive tackle to be the No. 1 overall pick of the draft. Fisher has spent some time with the Chiefs, who hold that selection.Eric Fisher joined Danny Parkins on KCSP in Kansas City to discuss what he could bring to the Chiefs as a top pick, his versatility and his work ethic. Fisher described his meeting with the Chiefs and the draft process broadly and also mentioned that he’s never had a favorite team. 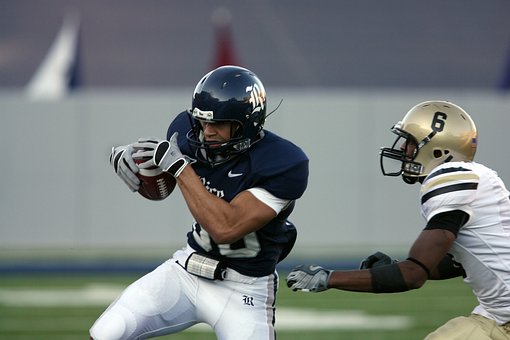 On meeting with the Chiefs and what he could bring to Kansas City:

“Me and the Chiefs had a great workout. … As far as me, you’re getting a down-to-earth player, somebody who comes to work every day and does his job for the team. I love putting rush yards up on the board, but even more I love protecting my quarterback.”

On if he’d be open to playing right tackle:

“Oh yeah, I think I’m a very versatile player. I played left tackle in college and hopefully I’ll get the opportunity to play it again, but I know there’s some great tackles in the league right now, and as a rookie if I had to come in and play right tackle I’d have no problem with that. … I can play anywhere on the line they need me.”

On if he thinks he’s the best player in this draft:

“I think I’ve worked to be the best player in the draft. In the end, it’s not up to me to make that decision.”

On not having a favorite team:

“I’ve never been, like, a diehard fan to any team. I’ve never had any idols in the league. I’ve always loved watching football but I never wanted to watch somebody else doing something I wanted to do.”

On his meeting with the Chiefs:

“We spent maybe an hour and a half on the board and just learning bits and pieces of their offense. I’d get up on the board and Coach Reid would be chiming in asking questions. … Then we went out and did a good workout, and I have to say it went very well. I was very happy with the workout and the way things went.”

On teams keeping their cards close: