Eric Decker: The Broncos’ Offense Must Get Off To A Faster Start In Order To Beat The Chargers

The Denver Broncos have had a rocky beginning to the Peyton Manning era. Denver is 2-3 with some tough losses to the Patriots, Falcons and Texans. These are all loses to contending teams, but the main reason for the Broncos’ struggles this season is because the offense has started slow and had way too many turnovers.Count Eric Decker as one of the players who agrees that the Broncos offense needs to start faster. The Broncos wide receiver is one of Manning’s top targets this season and believes this offense needs to eliminate turnovers in order to beat the Chargers on tonight.Eric Decker joined 102.3 ESPN in Denver with CJ, Kreckman, and Terrell Davis to discuss the Denver Broncos’ focus in practice, his touchdown catch against the Patriots last week, his impressions of the San Diego Chargers’ secondary, the Broncos’ offense limiting turnovers and feeling great physically. 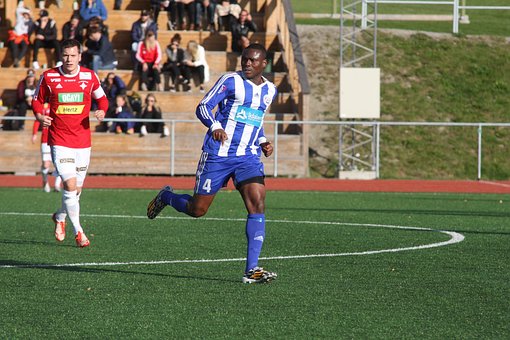 Where was the focus this week in practice for the game on Monday night against the Chargers?

“For me, I think our focus is to score more points, but just getting off to a faster start. I think the last couple of weeks, not the Oakland game, but the other games, we started slow and we were always playing catch up. That’s tough in this league to do when you are playing offenses and you gotta try to play catch up.”

Can you take us through the touchdown you had against the Patriots?

“We had been in the hurry-up offense all the way down the field and I think we were actually on the 1-yard line and ran a run play and didn’t get in and then we got backed up to the 2-yard line. It was really close for any play, but just ran a quick fade route and … he put the ball on the back shoulder low where only I could catch it. I happened to make a nice play on it.”

What do you think of the San Diego Chargers now that you’ve seen them on tape?

“Well I think their back four are very sound at what they do as far as the scheme. Antoine Cason is very quick and will jump routes. Quentin Jammer is a guy right now that’s got a cast on his hand, but will be a physical guy and he wants to get up in your face and disrupt your route running and, as a safety as well, he’s a ball hawk. And I think for us to be successful we gotta run good routes and we gotta use our techniques to get ourselves open because the front seven, as well, that they show they like to mix guys a lot. Bring guys in and out to keep them fresh and put a lot of pressures and play a lot of games up front. We just gotta do a good job up front and give Peyton Manning some lanes to throw.”

Do you guys feel like if you clean up the turnovers the offense will be running effectively?

“Yeah we look at it like we are moving the ball. The majority of our drives it’s a matter of us shooting ourselves in the foot and fumbling the ball is something that is very correctable and we’ve been getting back to the basics in practice and fixing those things. When you eliminate that I don’t know how many points you can swing in a game, but it definitely changes momentum and if we went up 7-0 against the other teams, the whole game changes. You don’t know what is going to happen, so just trying to stay away from those things and making sure we take care of our job and that’s scoring points on offense.”

How are you feeling physically?

“I feel good. We’re only six weeks into it. I feel great. Obviously you’ve got your little nicks and bruises and what not, but I feel very fortunate to have no major injuries or any of that stuff, like not practicing. That’s a great thing and I still feel like I need to get better at a lot of things and a lot of little things and being allowed to practice every day at practice makes me get better at those things. It makes me push myself and that’s the way you gotta be at the early point of the season to make that push to get through all 16 games of the season and the playoffs.”