Not a lot of things seem to make Aaron Rodgers nervous. The Super Bowl? That was a piece of cake. The Green Bay Packers quarterback threw for over 300 yards with three touchdowns to earn MVP honors as they beat the Pittsburgh Steelers.Since then, Rodgers has seemingly not stopped making appearances. From late night shows to radio appearances, Rodgers has been everywhere, including one place that apparently made him about as nervous as he gets.Turns out when Rodgers was on The Ellen DeGeneres Show the other day, he had almost two hours to stew around and make himself nervous not to look stupid. So there you go. Ellen DeGeneres rattles more Aaron Rodgers nerves than Troy Polamalu.Aaron Rodgers joined ESPN Radio Milwaukee with Homer to discuss what life has been like since winning the Super Bowl and MVP honors, his appearances since then, why he was nervous with Ellen, if the football stories told by his father from his earlier years are true and whether he’s read into the hype about burying the hatchet with Brett Favre. 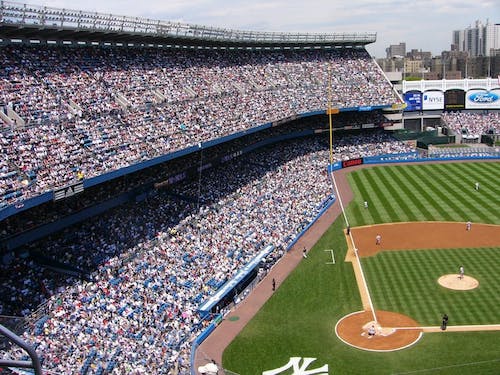 What has life been like the last few weeks?:

“It’s pretty busy. I’ve been trying to catch up on my sleep the last few days, but I can’t complain too much. … I had a blast with David Letterman. He was great. I wasn’t trying to be funny. I let him do that. … That was fun.”

What about Ellen, how was that?:

“I was real nervous for Ellen, I really was. I even told her, I said, ‘I wasn’t nervous for the Super Bowl, but I’m pretty dang nervous for your show.’ But she was great. I’ve become a bigger fan over the last few months as she’s voiced her strong feelings about our team.”

Why nervous for Ellen but not for Letterman?:

“I know how big her show is. I know you wouldn’t know anything about this, but people actually tune in and watch her show. … I got to Ellen at like 2:45 and didn’t go on the air until 4:20 or 4:30 so I had a lot of time to think about not making myself look stupid and that’s when I get nervous.”

On his father’s story that Rodgers, as a 2-year-old, could sit in front of the TV and watch an entire NFL game:

“I think he might have said three, but you know, from your stories, every story gets better as the years pass. As we look back on the Super Bowl in 20 years, I probably would have passed for 450 yards and five touchdowns. The stats might not show that, but every story gets better over the years. I was a big football fan for as long as I could remember. … It makes for a pretty good story.”

What about the story that he could recognize formations at age 5?:

Has he read the recent article saying that Brett Favre wants to bury the hatchet?: