Eli Manning on Jason Pierre-Paul Guaranteeing Giants Win over Green Bay Packers: “There is nothing wrong with being confident.”

The New York Giants manhandled the Atlanta Falcons on Wild Card weekend, 24-2, earning arguably their most dominant victory of the season. The Giants seem to be hitting their stride at the right time, as they’re now riding a three-game winning streak into their Divisional Round matchup with with the top-seeded and defending Super Bowl champion Green Bay Packers.The Packers are well rested, coming off a a bye weeks as a reward for their unmatched regular season. There’s no question that the Packers did some studying of the two teams’ matchup during Week 13, as well as some reflecting about how the Giants hung tough and gave them everything they could handle before Aaron Rodgers gutted out another win in the game’s final minute.Apparently the Giants are feeling confident and feel like they can finish Green Bay off this time around. Star defensive end Jason Pierre-Paul has already guaranteed victory for the Giants. If you’re wondering if that kind of prediction upset some of the more veteran members of the team, it doesn’t appear that’s the case. The quiet leader of this squad, Eli Manning, has no problem with his All-Pro defensive end being confident.Eli Manning joined 1050 ESPN New York with The Michael Kay Show to discuss the New York Giants bouncing back after their loss to the Washington Redskins in Week 15, winning his first postseason game at home this past Sunday against the Atlanta Falcons, the  Falcons focusing so much attention on Victor Cruz, if he agrees or senses that the Giants might be poised for a magical postseason run, and his reaction to Jason Pierre-Paul’s guarantee that the Giants will beat the Packers. 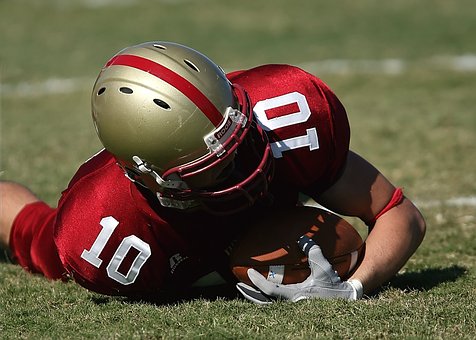 When you guys lost to the Washington Redskins did you think you would be in this position?

“I knew we still had a shot. That was kind of the circumstance. We didn’t play great that day, but I knew we would be getting some guys back healthy and we had to beat the Jets and the Cowboys, so I don’t think we ever lost faith in our ability. It was just a matter of putting everything together and we kept working and kept just learning this offense and learning the players. Everybody playing as a team that we could turn it around and start playing better football.”

Was being 0-2 at home in the postseason an Achilles heel for you?

“No it’s not something I thought about or had. It was on my mind, but once you came up to this game you realize you never won a playoff game at home and what that would mean for myself, what it would mean to the fans and just to have that experience. It made that victory that much sweeter and fun playing in a playoff game at home. The crowd was great and it was a great experience.”

The Falcons were so content on taking away Victor Cruz. Did that open it up for Hakeem Nicks and Mario Manningham?

“Yeah I mean definitely. I think some of their things were specific to try to take away the middle of the field and that’s where Victor gets a lot of his catches. They weren’t doing anything totally different than what they had done before in preparation, but I think that is the good thing about our offense, good thing about what we are trying to do. We are not trying to force the ball to one person. We are not calling plays and saying, ‘Hey we’re throwing it to Victor. He’s just gotta get open.’ We’re calling the plays and I am just going throw my progressions based on the defense, my reads, the first read is to the tight end or Hakeem or Mario. That’s where I am going. I am reading through and seeing what the defense is doing and going through my reads and whoever is open is getting the ball.”

Do you sense something special with this team? Are you still not there?

“I know I am excited about where we are right now and just the way we are playing football these last couple of weeks. The defense is playing outstanding. When your defense is playing great as an offense you can go out and be a little more patient where all of a sudden in the past we are struggling you might feel the pressure of having to score or we gotta press here or we gotta make a play and that’s where you get in some trouble where you can be and obviously you want to start fast, but if something is not there you aren’t feeling forced to fit that ball into a tight spot or if it’s 3rd-and-12 you don’t have to get that first down. Yesterday we had a 3rd-and-17, we had a little route combination hoping for a different coverage to get a first down. I ended up throwing a comeback to Mario Manningham. I knew it wouldn’t be enough for a first down, but that was kind of my read. That is where I had to go. I didn’t force it to the other side hoping maybe the first down even though that is not where the coverage told me where to go. It’s being smart and playing patient and saying ‘Hey let’s get 15 yards here and back Atlanta up and make them drive the whole field and not force an interception and turnover and give them an easy field.’”

Any thoughts on Jason Pierre-Paul saying you guys are going to win on Sunday against the Green Bay Packers?

“I think obviously there is nothing wrong with being confident. That’s the mindset of everybody when you go into the game that you are going to win. You don’t always want to have to talk about that and give the other team stuff to give the other team bulletin board material, but hey he thinks we are going to go out there and we played this team and we played them close and we feel we are playing better now and we can go out there and give ourselves a good shot to win.”