Eli Manning Looks Back on the Debacle Against Atlanta, Sees Similarities Between  Giants

The New York Giants are on the verge of collapsing as the season draws to a close. They’ve lost four of six while the suddenly hot Redskins and Cowboys leapfrog them in the division.Eli Manning joined Mike Francesa on WFAN in New York to discuss Sunday’s embarrassing loss to Atlanta, the tragic school shooting in nearby Connecticut and any potential impact on the team’s performance. He also touched on the Giants lacking consistency and the comparisons being made to last year’s team. 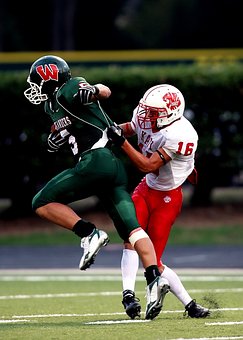 On being stopped twice on fourth-and-short in the first half against Atlanta:

“Obviously the fourth-down stops were huge. If we can convert those or convert on the third downs in the first place and go get touchdowns, it changes the game completely, where you don’t have to change up your offense and start throwing. Didn’t step up and make the plays that we needed to.”

On if the elementary school shooting in Connecticut affected their performance:

“I don’t think it impacted our team at all. … This story, it’s hard to imagine, it’s hard to believe, and you have a lot of questions of why. You wonder how that could happen, why someone would do that, and you feel just terrible for the kids and everybody going through it. But it was a lot different than when the storm hit because each player was individually affected, and their lives and my life was affected and changed. … This, obviously you feel for the families but [it didn’t] affect our practices, our schedule and those type of things. It’s a terrible story, but I don’t think it had an affect on what happened on Sunday.”

On the Giants being inconsistent this season:

“Every game is tough. You gotta go out there and have your best. We’ve been in a position to win games and been in a position every game, at the end of the game, to have a chance to win for most of them, I think besides this last one. We’ve had our chances — maybe you do it, maybe you don’t — and that’s all we really want. You’re not always going to have 30 points a game. Sometimes you’ll have a game where your offense struggles and hopefully the defense can carry you on a little bit and give you an opportunity in the fourth quarter to make plays and score points and win games. Sometimes it just goes bad, offensively you’re not doing much, you’re not helping your defense, you’re not keeping them off the field, you’re turning the ball over. … And those games come upon you once in a while. … So hopefully we got this past one out of our system.”

There might be some similarities, sure. … You play this game long enough, you’re going to have seasons that are close and similar. The most important thing is that the only thing you can draw your confidence on is in the players in the locker room, on their ability, on our coaches’ ability to get us ready to play.”

On needing to be hot late and having to step up in crucial moments:

“I think it is important to go into the playoffs feeling good. … In those crucial moments of a game, we have to step up and be our sharpest.”