Edwin Jackson Keeps The Year Of The No-Hitter Alive

Well it wasn’t the prettiest of no-hitters, but Edwin Jackson keeps the ‘Year of the No-Hitter’ going with the season’s fourth no-hitter or perfect game. Jackson threw 149 pitches, issued eight walks, and allowed a base runner to reach via an error, but despite all the base runners, the Tampa Bay Rays couldn’t muster a single hit during their 1-0 defeat to the Arizona Diamondbacks on Friday night. Jackson’s no-no was the second time that the Rays have been held hitless this season, and the third since last July. Don’t forget, Armando Galaraga of the Detroit Tigers should have had a no-hitter himself, if not for the blown call by the first base umpire with two outs in the 9th inning. Remarkable stuff and to think we’re not even half way through the 2010 season.Jackson joined Into the Night with Tony Bruno on Friday after his start to talk about the no-hitter, not wanting to come out despite the high pitch count (149 pitches in total), taking satisfaction from doing it in front of Rays’ fans who he used to play in front of, on sensing that even a road crowd was pulling for him to complete the no-hitter, the solid defensive plays he got behind him to make it possible, how he felt there was nothing special about his performance because of all the walks he issued, and why he thinks there’s been so many no-hitters/perfect games in recent history. 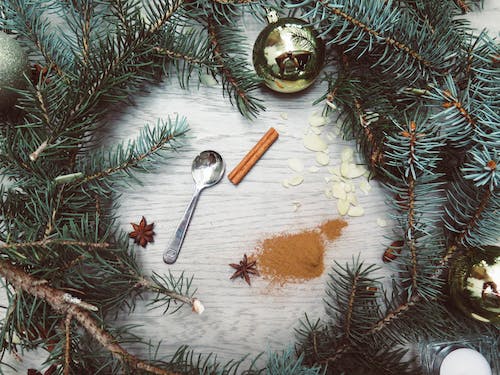 On when he knew he had a chance at it:

“It didn’t really hit me until like the end of the 8th that I knew going into the 9th that I had a chance to throw a no-hitter. You know, after that amazing throw by Miguel Montero that he made to shut down that inning. That was definitely big, and some great defensive plays by some of the other guys on our team – I know Mark Reynolds made a couple great plays, he had a play up the middle that was a pretty good play. But the realism of it definitely hit me in the 9th inning, and especially with two outs, I knew I was one out away from doing something I’ve never done before.”

On if there was much discussion about pulling him out because of how many pitches he had thrown:

It was throughout the 8th inning and 7th inning, but at that point in my mind, the pitch count was the last thing I was thinking about. I was just thinking about I’m not coming out the game until I give up a hit or a home run, whichever one comes first. I mean, that’s just one of those situations that don’t present itself a lot of times in the history of baseball, regardless of how long you’ve played. I just didn’t want to come out and say what could have happened if I had stayed in. I wanted to see what really happened, and I’m glad that I did. It was definitely a special moment in my career.”

On if there was any extra satisfaction from throwing the n-hitter against Tampa, the team he once pitched for:

“I would say its more so the crowd than the team I pitched against. The team was irrelevant, but definitely to do it in front of the crowd that was there for us going to the 2008 World series, so to be able to give some type of excitement back to them, it was definitely a special feeling. And to hear their emotions during the game, you know, when we made the error at second base and you could hear the whole crowd in awe, that was just a special moment and it was just one of those things that by the end of the game, everyone was going crazy. It was almost like we went to the World Series again, I mean, everybody was just going crazy. It was just a great feeling.”

On sensing that the crowd wants to see the no-hitter, even on the road:

“Oh definitely. That’s something that a lot of people don’t have a chance to experience. I mean it’s just one of those things where if you’re a baseball fan, regardless of the team that you’re playing, when a pitcher’s throwing a no-hitter, you’re definitely in the game. You want your team to win at the same time, but I’m sure it’s exciting for everyone to see a no-hitter.”

On if he felt like he had special stuff that night despite throwing all those walks:

“I mean obviously from the way the game started, I didn’t feel special. I didn’t feel anything special, I mean, it was far from special. It was just one of those things where you have to have the mind frame to be a competitor. Regardless of what happens, just find a way to get out of it. There was nothing about that game, by far, that was special, except for the fact that I threw a no-hitter. The way that it happened, it was anything but special. But it happened, so that’s the only thing that really matters at this point is that it happened and everything else that it took for it to happen is pretty much irrelevant, it’s just crazy how it all did happen.”

On why he thinks there’s been so many no-hitters and perfect games recently:

“If I were to answer, than I would probably be the world’s smartest man. I have no clue, I mean, your guess is just as good as mine. I have no answer for that. Just people been pitching good I guess. It’s kind of luck and it’s kind of skill, it’s a combination of both.”