Ed Reed on Saints’ Bountygate punishment: “Since Roger Goodell has been our commissioner it’s been about discipline. It’s been about character.”

The suspensions have been handed out to Sean Payton, Greg Williams and Mickey Loomis for their roles in the Saints bounty scandal. Roger Goodell sure didn’t take it easy on New Orleans. The NFL Commissioner sent a message to the Saints and the rest of the NFL by suspending Payton for the season, Williams indefinitely and Loomis for eight games. The punishment is quite severe and an appeal is not going to do much for the Saints at this point.Ed Reed wasn’t too shocked with the decision. The Ravens safety gives his take on bounty hunting from the defensive perspective.Ed Reed joined 790 The Ticket in Miami with The Dan LeBatard Show with Stugotz and Hochman to discuss the suspensions put down on the New Orleans Saints bounty scandal, not liking the fact that Roger Goodell is going out of his way to keep the players safe, playing through injures in the NFL and not playing for bounties during his time at the University of Miami. 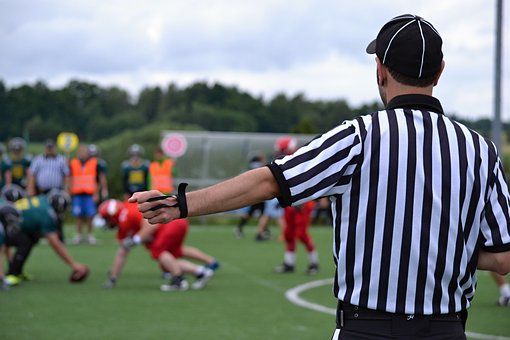 Does this bounty situation and suspensions in New Orleans surprise you at all?

“Not really. The whole time since Roger Goodell has been our commissioner it’s been about discipline. It’s been about character, even for organizations. I know the Saints probably are hurt. Sean Payton is hurt that he is suspended and away from the game, but that’s been the mentality of the league for the last couple of years since Mr.Goodell has taken over.”

As a player do you like the idea that Goodell is trying to keep you guys safe or do you think it’s a little over the top sometimes?

“I think it can be over the top sometimes, especially with the fining of it sometimes. Guys not making the amount of money or close to the amount of money that are being taken away from them. The players are taxed a little bit on the fines. I guess because they think we make a substantial amount of money, but in all reality for being the best sport in the world we are not. It’s good pay, but don’t take what you are giving guys who are free agents and what not a hit in their pocket because a hard hit that has been a part of this game since the game sure has evolved. “

It surprises me that you guys as players are always injured and you think Roger Goodell is going too far or it’s over the top in protecting the players. How is your health? How is your neck injury?

“I mean my neck is…I have a nerve infringement, so it’s there. It’s something I chose to play with other than have a surgery just yet. I know I am going to have a surgery eventually. It so much as polices me. I’ve been a smart player and I know how to play. You are not going to get to the NFL by being a bad technician. That’s a huge part of it. The people who police the game have to look at how are they policing the game? Look at when a guy hits a guy? It’s always been that way. Yeah they got the bounty situation now and that’s why we do it because guys are taking shots at guys week in and week out. Well look at those guys and see if they can continue to do that on a continuous basis, on a repetitive basis throughout a season, even throughout their career. I never played like that. I know how to play the game. Yeah I’ve been hurt before. I’ve hurt the last couple of years and what not, but I’ve missed few games. I missed six games the year before last because I had surgery and I chose to make a smart decision on my career and came back and led the league in picks while still being effective on the field and what not even in past years with some of the injures and what not. It may have affected my game, but that’s part of it. You learn to play through it and when it’s your time, it’s your time.”

Did you ever collect a bounty while playing at Miami University?

“[Laughs] You know if it I did there would be no one to pay it. No man we were just a bunch of guys that came to play and loved football, when we came to school. My class with me, Reggie Wayne, Najeh Davenport, Santana Moss and these guys when we came in school we were under investigations in lack of scholarships. I believe there was 14 or 15 of us total and scholarships weren’t given to us and we were earning our work back then. We went through some tough times in the University of Miami even without the situations we have going on in the past couple of months. We was raised differently. We knew about the tradition and we took time to understand it with what those guys did. I know with myself defensively and some defensive guys the way we looked at those pictures in the Recreation Center with those 13-0 scores and giving up less than 11 points in a game and stuff like that man meant something to us. To lose to Florida State in my first game as a red shirt freshmen to Florida State, 49-0 man and knowing how we lost that game it made we want to do and be something different at the University of Miami and without that tradition that I saw guys play with and have fun with. Just play football man.”