For the Philadelphia Eagles, this season has been a wake-up call. Philadelphia started slow out of the gate as usual and never recovered. The Eagles defense has been atrocious all season long, lacking a pass rush and a secondary that wants to be physical. Not to mention the offensive line is one of the worst in football alongside the Dallas Cowboys. Michael Vick suffered another concussion on Nov. 11 and other key veterans like DeSean Jackson are lost for the season. Jason Babin was also cut due to lack of effort.But there has been some optimism in the City of Brotherly Love. Enter rookie quarterback Nick Foles. Foles has gotten better each week since seeing action on Nov. 11 and was named starter for the rest of the season this week. Philadelphia will most likely be moving on from Michael Vick due to financial obligations next season and many Eagles fans are hoping that once again the next great backup quarterback is the answer for the future. 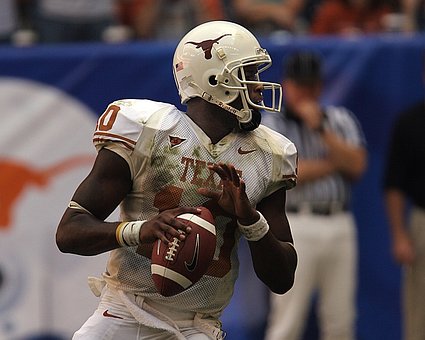 Nick Foles joined 97.5 The Fanatic in Philadelphia with Mike Missanelli to discuss his rise from third-string quarterback to starting quarterback of the Philadelphia Eagles, being prepared to start this season after Michael Vick went down, the differences between playing in the preseason and regular season, taking an NFL hit from a defender and the pressure of being the Eagles’ franchise quarterback.

How do you feel about the transition of going from third-round draft pick to third-string quarterback to starting quarterback? Were you ready?

“I feel good. I have progressed throughout the weeks and get more and more comfortable with everything that is going on. Like you said, going into it you never know what is going to happen. Something can happen in the last couple of months, but [I’m] just taking it with time and giving it everything I have every day.”

Did it ever cross your mind that you would be forced into battle so soon?

“I mean, honestly, you don’t really think that route right off the bat just because you are so new to the team you don’t have time to get acclimated to your team, teammates, coaches. Just being in a different place … there’s a lot to learn with the playbook and everything that goes on with it, but that’s not the first thing that crosses your mind. The first thing that does cross your mind is, ‘Hey, I got to prepare myself. I have to get ready. I have to soak in everything when I’m out there practicing and really fine [tune] all the skills that go along with playing quarterback. That’s definitely what goes through my head right there.”

What differences did you see from the preseason into the regular season?

“I think just the speed of the game. It’s a real season. The games matter. They count in the preseason, but it doesn’t count towards the regular season with wins and losses. You are going to play against different personnel. I played against some first-team guys, but mostly second- and third-team guys that are trying to make the team and different things like that. In the preseason teams are not going to show you everything they have. You don’t even know it. In the regular season you are seeing all the teams have; you are seeing all the different looks. They disguise things better. Guys that weren’t necessarily playing in the preseason are playing in the regular season as starters, so you add all that in there. The speed of the game is a lot different. There’s a lot more to it. There’s a lot more complications, so you have to be in tune with what’s going on and recognize what’s going on and that really goes with a lot of preparation and getting ready throughout the week until the game, and when the game comes along you gotta recognize it from your preparation and execute.

What’s the difference in the level of hits as opposed to college?

“I think the big difference is that in college you are playing against great athletes every week, but the in the pros you are playing the best athletes, the tinniest percent of the best athletes in college that are in the pros. Every time you are getting hit you are getting hit by that guy who is the best player on the team. As a quarterback, you don’t really think about it when you get hit. You think about executing the plays. If somebody is coming, you are keeping your eyes downfield and it’s your job to get the ball to the other guy. In the game, you got so many thoughts going on, so when you get hit you don’t really notice. You feel it, but you won’t be like woah. You keep playing on it the next day.”

Are you aware that the media believes you are starting the rest of the year to see if you are worthy to be the franchise quarterback? How do you feel about that?

“II don’t read anything in the media. I stay away from that. You know how I feel about [it]? The way I’ve looked at it always is worry about today and care today. I know that if I take care of today and do a fine job on my work and really focus on how to get better and giving it all I have today, then it’s on to tomorrow and everything will take care of itself if you just work and live in the now instead of thinking, ‘Man, I gotta play this way in the future.’ That is putting a lot of pressure on yourself where I just focus on today and getting better each day and that’s all I can do. I worry about right now.”