E.J. Manuel’s draft stock has, unsurprisingly, been all over the map. Nobody knows what to make of the quarterbacks in this year’s draft, and Manuel is no exception. The growing prominence of the read-option and emphasis on mobile quarterbacks at the NFL level will certainly help his case, but Manuel feels he’s been impressing talent evaluators with more than just his athleticism. E.J. Manuel joined Bull and Fox on 92.3 The Fan in Cleveland to discuss the lead-up to the NFL Draft, his scheduled workout with the Cleveland Browns, what he believes he’ll bring to the table in the NFL, when he feels he’ll be drafted, and his ability to throw despite having a label as an “athletic quarterback.” He also talked about some of the teams potentially interested in him and whether he expects to work in an option-oriented offense at the next level. 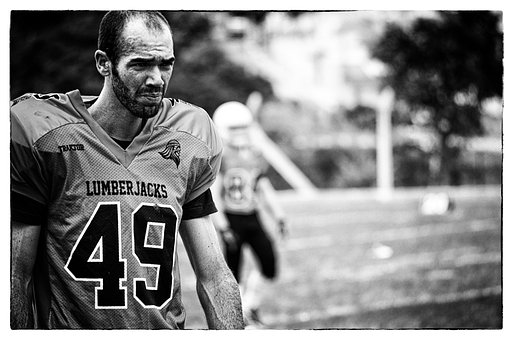 On his upcoming workout with the Browns:

“I’m definitely extremely excited to work out for the Cleveland Browns. I know their quarterback situation is, I guess, kind of in the air right now. Brandon Weeden’s a good friend of mine, I met him a couple years back … so I’m extremely excited about the opportunity.”

On what he believes he can offer at the NFL level:

“I bring the leadership qualities that I think some of the greater quarterbacks have in the NFL. I know one thing about it, I have to come in and work hard and learn the system and kind of learn the ropes, per se. And it’s obviously not a college level anymore — it’s a whole different level, the talent is the best in the world and I understand that — but I think at the same time, just the attitude I have amongst myself, I think I have a gravitating type of attitude, and I can bring my teammates and help them play better. And also I think I’m a winner. I think I have the intangibles as far as having a strong arm, being accurate, making good decisions — a lot of those things that can’t be coached. I kind of have those things.”

On if he has a feel for when he’ll be drafted:

“I have a good feeling that it’ll be within the first two rounds. I think the biggest thing for me is just continue to get better. When I have these opportunities to work out for the teams and show them what I can do on and off the field — whether it’s on the board writing my plays or watching film and just talking football with them — I think that’s where I’m able to put my best foot forward. So I’m pretty sure I’ve impressed a lot of decision-makers within these franchises, so draft day is gonna be great. Whether I go in the first or second round, I’ll still be happy.”

On naturally being typecast as a runner because of his athleticism:

“Anytime you’re an athletic quarterback, they want to categorize you as that, or you’re a runner first, and all that kind of stuff. But I don’t really buy into it; I don’t focus in on it. I know I can throw the ball, I did it a lot here. I threw a lot of touchdowns, threw a lot of completions. I finished with the best passing percentage here at Florida State in the history of the quarterbacks here, so that says a lot.”

On if he’s been in contact with the Chiefs:

“I have had contact with them at the Combine and the Senior Bowl. I haven’t had a scheduled visit or a workout or anything like that, but I have met with Coach Reid at the Combine.”

On if he gets the sense the Browns are seriously interested in drafting him:

“I think so. … They called pretty late in the process. … Cleveland, I wanna say, called not long ago, maybe a few days or a week ago. And called my agent and all that kind of stuff, so it was able to be set up. So I would assume that they’re interested in working me out, and I would assume also that if they like what they see, they’d be interested in drafting me.”

On if he wants to run some zone-read option in the NFL:

“I did a little bit of the zone-read in college, and I was able to do it. But I think in the NFL, the only way you’re gonna have long-term success is when you drop back and throw the ball. You have to beat a team with your mind and within the pocket. So I know I can do that, I think it’s just a matter of getting with a team.”

Don Nelson on Getting the Hall Call: “I feel really unworthy to be quite honest with you”