Dwyane Wade Would Never Use his Knee Injury as an Excuse, Claims Knee is Feeling Well

Dwyane Wade has been quietly rehabbing from a July 9th arthroscopic knee surgery and he feels good about his health. He’s ready for the challenge of repeating as NBA Champions and knows the task will be more difficult this time around. Through it all D-Wade never made excuses while his knee clearly hampered his postseason performance, but No.3 wants to be known as a player who never makes excuses.Dwyane Wade joined WQAM in Miami with Big Dog (Joe Rose Show) to discuss the status of his knee injury, LeBron James winning an NBA title/Olympic gold medal, the Miami Heat’s chances of repeating as NBA Champions, getting away from basketball in the offseason while rehabbing his knee, and not using his knee injury as an excuse for an off-and-on playoffs. 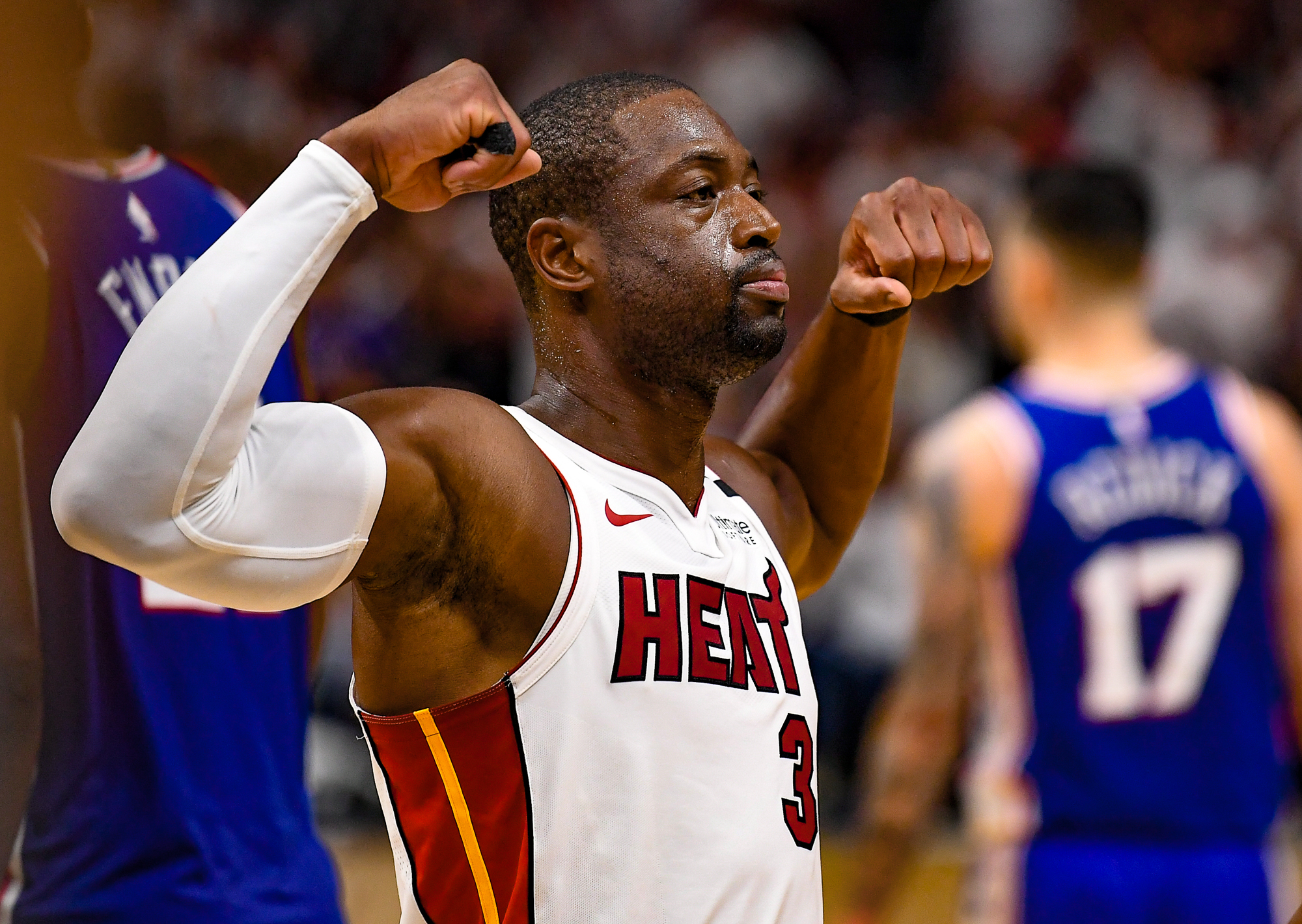 How are you feeling? How is the knee?

“The knee is doing good. Thanks for asking. I’m feeling well. I am on the 6-8 week plan before I really start getting back to the basketball court, so I am coming up on that soon and I’m excited to just try to get back into the groove before training camp comes.”

Can you believe the year LeBron James has had now after the Olympics in London?

“Yeah, I can believe the year that he has had because this is the player that he is. This is the player he has always been and obviously last year was a tough year and then in the NBA Finals he took a lot of criticism because we have been accustomed to seeing the way LeBron James plays. He’s responded and I think no one can question his heart, his determination, his focus and his ability to be a great, great player and step up in the big moment. He’s done it man and he’s been on a unbelievable run and we would like for that run to continue.”

Do feel good about next year’s chances of repeating?

“Well as long as we are healthy I feel good about things. We have a very good team and nothing is promised to you, but the biggest thing you concern yourself throughout the year is just giving yourself a chance by being healthy. If we do that I like our chances.”

Has the offseason been frustrating trying to rehab your knee?

“No it hasn’t because I understand this game. This is not my first rodeo when it comes to rehabbing, so I’ve enjoyed it. We have a great staff to help put the plan together for me and I am excited about getting back to form. Last year was a difficult year for me mentally because of dealing with this knee problem, but I still try to go out and produce and do everything I can and make sure my teams wins a championship, so this year is just about this summer was just about getting away from the game a little bit, but also getting stronger for next season.”

You were a trooper man. I was around in the playoffs where you refused to use your injury as an excuse and you took criticism. Why didn’t you do that?

“That’s not me. That wouldn’t be me as long as I play this game. We all play with things. We all play with various injuries in every sport. You have to. If you don’t you are not going to get respect from your peers. I would never come out and say, ‘Oh I got this. Woe is me.’ I don’t want that woe me thing to ever be on me and I am always going to go out and give it my all no matter what the problem is. No matter what is going or not going on.”