Seven-time Pro Bowl pass-rushing specialist Dwight Freeney is officially on the open market after the Indianapolis Colts decided that they’re moving on without him. While Freeney is 33 now, there’s still a belief that he can contribute to a team as a veteran pass-rushing presence, especially if he’s able to put his hand back in the dirt in a 4-3 system.Dwight Freeney joined Bull and Fox on 92.3 The Fan in Cleveland to discuss becoming a free agent, possible destinations such as Denver and New York (Giants) and his preference for a 4-3 scheme. 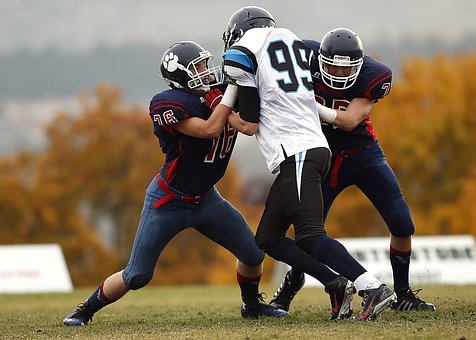 On how it feels to be on the open market:

“I would definitely say very interesting. Exciting just to see the possibilities. And change could be good. It’s definitely unfamiliar territory for me, and unexpected, but you have to roll with the punches.”

“That was more of a friend text: ‘Sorry to hear what happened to you in Indianapolis. Hey, come play with us. We’d love to have you.’ So one of those. I don’t know exactly what’s going to be happening here. This is a new process for me. I figure … after the combine I’ll be sitting down with my agent, because he has been in conversations with a bunch of teams, and we’ll speak about what my options are and who has high interest, who doesn’t, and go from there.”

On his desire to play for the Giants:

“I grew up a Giants fan. I’m an east-coast guy. So if you grew up a Giants fan and you have an opportunity to go play for your team that you grew up loving, obviously. But you know, it depends on if it works for them. … I don’t know if the scheme works for me; I don’t know if it’s going to be the best fit. Just talking. So yeah, I loved the team growing up, but things could be a lot different there. It may not work. And they may not have interest.”

“I think I’m definitely best suited for a 4-3. I’ve been playing that all my career, all my life. So I can do that blindfolded. [A] 3-4 presents a little difference because you have to switch sides; you have to drop back in coverage a little bit.”

Willie Roaf on Being Elected to the Hall-Of-Fame: “It really hasn’t all sunk in yet”