Dwayne Bowe on “Importing” Comments: “It Definitely Wasn’t Me”A few weeks ago, we chronicled Kansas City Chief’s wide receiver Dwayne Bowe’s reference to “importing” groupies as told to ESPN the Magazine in an interview with Bowe’s friend and former teammate Eddie Kennison (click to see Bowe’s original comments and Kennison’s reaction). In general, Kennison claimed that Bowe told him that he never talked to anyone about “importing” and that Kennison himself had neve experienced it.Now, the man himself tries to set the record straight on his comments. Dwayne Bowe joined Brandon and Woolvey on 790 the Fan in Atlanta and discusses the comments quoted in ESPN the Magazine. 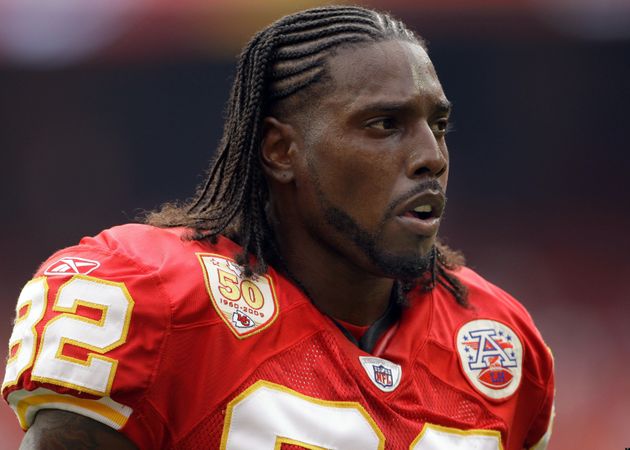 On if he gets any grief from his teammates on the comments:

“No, because now they are finding out that it definitely wasn’t me. Definitely, but I took that like a man. People that really know the Dwayne Bowe that clowns but on a serious note won’t let anything out of the locker room that is not supposed to be out.“

On if athletes need to guard their words from the media:

“That’s definitely true. But, you got to start a building block somewhere. Now you got guys being impostors making up fake pages. (Host: That’s got to be frustrating.) It is. But it comes with the territory, so that’s all I got to say. At least we got people that want to be you.”

On how he was portrayed on HBO’s Hard Knocks:

“I set that off. I’m the one that made Hard Knocks what it is man. The personality. They had never seen a guy like me. I got my acting skills up during that time… You got to let these people that are paying all this money to see these games, you got to let them see what really goes on. I’m  all about face time.”