The Toronto Raptors have a new head coach and this time they made the right decision by nabbing Dwane Casey from the Dallas Mavericks. While Casey might not have a huge name like some of the other coaches available, he is exactly what the Raptors need. After a season where the Raptors finished dead last in the NBA on the defensive side of the floor, they needed to find someone to try and change the culture in Toronto. They needed to find a coach that had a strong defensive background. That is exactly what Dwane Casey brings to the Raptors.After getting fired prematurely by the Timberwolves a few years ago, Casey was overlooked for a number of jobs after that, but he is finally getting his long overdue shot. While Dallas’s improvements on the defensive side of the floor had a lot to do with the addition of Tyson Chandler, it also had to do with Casey. He was the mastermind behind the strategy that slowed down Kobe Bryant in the Western Conference Finals and he was also the mastermind behind the defense that held LeBron James to just 18 points per game. Casey got the stars in Dallas like Dirk Nowitzki to buy in on the defensive side of the ball and if he can do the same thing in Toronto with some of the young and talented players, the Raptors could start to rise in the next few years.Dwane Casey joined The Fan 590 in Toronto with Bob McCown and Stephen Brunt to talk about how long this process was while he was still in the middle of a playoff run, what he thinks he brought to the table for the Raptors, on getting players to buy in on the defensive end of the floor, and how many core pieces he thinks the Raptors currently have. 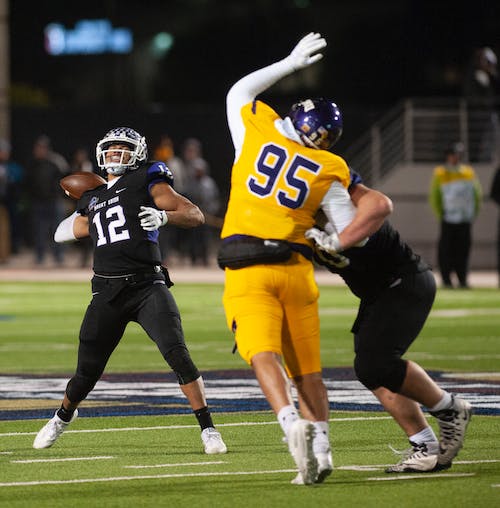 How long of a process it was for him having to wait for the Mavs playoff run to end:

“Exactly. It was a long process and my whole thoughts were how to stop LeBron James and how we were going to score against the Heat at that time. In the back of my mind I always was keeping up with the Toronto situation. I really love the city, the team, and look forward to the opportunity of working with Bryan Colangelo. I think he’s one of the top executives in the league. We have a lot of work to do, there’s no doubt about it and we’re not sugarcoating that, but we have the pieces of a young team and good pieces to work with.”

What he thinks the Raptors saw in him:

“I really think the defensive connotation and the defensive job we did in Dallas, we went from being the worst in the league where the Raptors are right now, to number seven in the NBA with one addition, Tyson Chandler, I will give you that, but the process we went through, the building process, the changing culture defensively…I can remember Charles Barkley calling us soft and a bunch of wussies or whatever the word was, but we, as a staff, my charge on the defense was to change that culture through drill work, through a daily process of preaching defense, working on defense whether it was at shootaround or practice. Rick (Carlisle) gave me 30 to 35 minutes every day defensively so I think that thought process was a selling point with Bryan to show that we went from a  non-defensive team where our superstar Dirk Nowitzki was a non-defensive player. To change that culture it takes time, it takes work and a lot of holding guys accountable and being on guys back, but that’s what it’s going to take to move this team forward, to getting out of that last position defensively.”

“No question. You’re exactly right. The message is tougher because of establishing the pecking order and the leadership void with a young team, that leadership has to come from me. Every day they will hear the same message and I will be consistent with it: hard play whether it is on the offensive end or defensive end and that comes from myself and our staff. It’s setting that tone and that leadership because again what you’re seeing is being a young team there’s not a leadership and that’s up to me. It’s a tough job because the hardest thing for young players to understand is the importance of defense. All they have to do is look at the final four teams or the final eight teams in the NBA playoffs, all of them were defensive minded teams. It’s a process, it’s not going to happen overnight, we have work to do, and we’re going to get there, but part of the process has been started and is underway and now the hard part. The offensive part is easier than developing a defensive mindset and disposition to have a young team come out every night. It can be done because I basically look at the Chicago Bulls and also Oklahoma City, those are two young teams that the coaches did a good job of developing that culture. It took a couple of years for Oklahoma City, Tom Thibodeau (in Chicag0) did a good job this year in one year of developing that culture and we want to be on the fast track to getting there too. There’s work to be done in that area. It’s not easy because most young guys think they have to get on ESPN by dunking the ball, or shooting a three or making some wild and crazy shot. The way you get on ESPN is by doing the dirty work every night and playing whistle to whistle.”

On the core players in Toronto:

“Andrea (Bargnani) is definitely a piece of the core that we have to utilize. He’s our star. DeMar Derozan is definitely an athletic part of our core, Jose Calderon, Jerryd Bayless, James Johnson is in that group, and Amir Johnson. You’ve got the core now. The part you may have to add is a veteran piece, a veteran defender or whatever along with our draft pick is something that I’m sure Bryan and  the staff are going to look at, but the core pieces are there to build on to use as building blocks. Those guys are the guys were gonna push, cajole, put an arm around, or whatever it takes to get to that next level.”