Dustin Johnson Didn’t Lose Sleep Over PGA Gaff The average golfer might have broken a few clubs, launched into a tirade, and/or demolished the bunker. And they probably would’ve been playing in a weekend scramble. But when a goofy bunker wound up stealing Dustin Johnson’s chance to win the PGA Championship on Sunday, he simply took the high road, stated his case and headed home.Monday, he was ready to board a boat in Florida, trying to forget about the whole catastrophe from the day before. Or perhaps he already had.While you or I might still be out there trying to plug a rules official into that sand, Johnson somehow took the whole thing in stride while everyone else around the country argued about it.Dustin Johnson joined  the Fanatic in Philadelphia with Harry Mayes and Tony Bruno to discuss how he was able to sleep Sunday night, how he’s been able to gracefully shake off two blunders in major championships this year, why he didn’t think his second shot on the 18th hole on Sunday was in a bunker, how there was nobody involved that believed it was a sand trap, what would have happened if he had sunk the putt to “win” the tournament and why he didn’t go ballistic when told of the ruling. 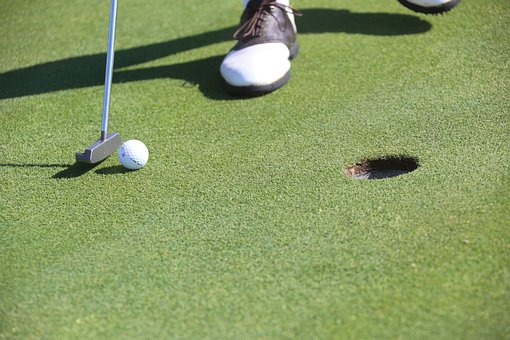 On shaking off mishaps in blunders:

“Looking back at yesterday I fought hard all day. Coming down the stretch I hit some really good golf shots and made birdies when I needed to. I had a lot more chances on the backside where I felt like I hit some really good putts that just didn’t go in. I’ve got to look at the positives. I’m really proud of myself for the way that I’ve played. And also, I made the Ryder Cup team, too, which is an unbelievable accomplishment.”

On why a rules guy couldn’t have told him it was a bunker:

“There was all kinds of grass in it. Obviously people had been walking in it. What it looked like, to me, was just a bare spot. It’s real sandy out there when you get off the fairway no matter where you are. It just looked like a bare spot where people had worn it down from the crowd walking on it. There was no definition to it at all. Every sand trap on that whole course, you can tell it’s a sand trap because it has a distinct definition and outline in it. Even going back and looking on the TV, there’s really no definition to it, so I just never thought it was a bunker.”

On how nobody believed he was in a bunker:

“No one. No one that even looked at it. I was talking to David Feherty afterwards and he looked at it and he never thought [that]. He said the same thing I did. I thought I got a good break by being on a flat, bare spot.”

“Of course I thought about it. I’m glad I didn’t [make it] now. Obviously I wanted to make it, but that’s a whole different story if that would’ve happened.”

On whether he considered a post-round tirade:

“It might’ve crossed my mind, but no. It is what it is and it’s the rules of golf. Things happen like that. It’s an unfortunate situation but it’s over now.”