Drew Brees with a 2011 NFL Lockout Update: Everything they’re doing shows that they’re preparing for a lockout.”

We know about his athletic and leadership abilities on the gridiron. Now Drew Brees is hard at work trying to leverage some of the respect he’s earned around the league during the contentious bargaining sessions between the NFL ownership and the Players Union. Brees’ role in the mess was recently profiled on CBS Sports, and from the sound of it, he’ll continue to play an integral role. In the profile, one unnamed source says that Brees is “one of the most important people in this fight,” said a person with intimate knowledge of the negotiations. “He’s among the toughest and the most liked. That’s a great combination.”I sure hope so, though from the sound of it, his steadying influence didn’t do much good during the most recent session. You know, the one involving Brees and Peyton Manning where Carolina Panthers owner reportedly belittled Manning’s intelligence?  Regardless of whether Richardson was as much of a jerk as he was portrayed to be, the truly alarming aspect of those meetings was how the owners walked away from the table well before the meetings were scheduled to end. Let’s let Brees give us a quick update himself.Brees joined XX 1090 in San Diego to talk about what happened at the last bargaining session, how reports of Panthers’ owner Jerry Richardson being condescending to Peyton Manning were blown out of proportion, how he doesn’t quite understand how those reports stemmed from Jay Feely who wasn’t even in attendance at the meeting, how he’s nowhere near as optimistic that a lockout will be avoided as he was just two short weeks ago, how he believes the owners have shown they’re intent on a lockout and how the players must now prepare for that likelihood. 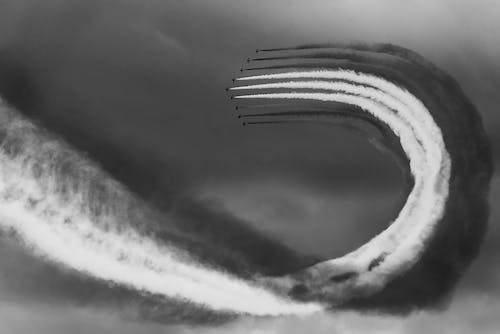 On what exactly happened between Carolina Panthers’ owner Jerry Richardson and Peyton Manning during the most recent scheduled bargaining session:

“I think there was a lot of rumors probably coming out of that CBA negotiating session that Saturday at the Super Bowl. To be honest, I haven’t even seen the comment that was made, but I heard it was from Jay Feely who kicks for the Jets. And he wasn’t there at the meeting. I’m not sure of how that got out or why.  But no, I mean, it was my first bargaining session to be at and obviously there was a lot talked about. And emotions run high at times, but there was nothing that was derogatory or demeaning, so I’m not sure how that got blown out of proportion.”

Whether he’s currently optimistic that a lockout will be avoided:

“I would say two weeks ago I was pretty optimistic because I felt like there was progress being made. I’d say in the last two weeks, when you look at the fact that the NFL ownership walked out of a bargaining session — a two day bargaining session that was scheduled a week ago. And then they filed basically a suit against the [NFL]PA saying that we’re not bargaining fairly even though we’ve sent counter-proposals back to them on every issue they’ve brought to us. I think that their stance right now is that a lockout is coming. So you just have to be aware and pay attention to what they’re doing. And everything they’re doing shows that they’re preparing for a lockout. So in turn, we have to be ready for that. It’s not what we want, certainly it’s not what we want. But we’ve got to prepare for it.”

Since Brees is so strapped for cash, the guys offered to give Drew an entry-level job at the station in the event of there being no season in ’11:

“I appreciate that. Actually I was calling in to get on your good side so that you might give me an opportunity. I figured I might have a foot in the door just because of our past history and that sort of thing. I would appreciate that.”

On where he’s at — New Orleans or out west in San Diego: